Electronica musician Max Cooper has always been an experimentalist when it comes to making music, and his debut full-length album Human is no exception, set to be released March 10th on Fields Recordings. The 34-year-old London-based artist has made a truly stunning album that radiates with emotion and sentiment. His PHD in genetics and scientific background is apparent as ever on Human, applying technical intricacies and abstract concepts to his tracks. When we caught up with Cooper last June, he hinted that some of his upcoming work would incorporate the theme of “the human condition.” (Read the full interview here.) He also shared his philosophy on production, and why he puts so much effort into keeping it fresh and pushing the boundaries:

“It’s very easy to get stuck in a certain style and became too known for a certain thing. If you want to change direction or do something new, people won’t like it. So I purposely try to do lots of different things and try to give myself enough flexibility in what people might expect from me so that I can be creative and do something different still, and it’s not going to put people off too much (that’s the idea anyway). It can change very easily if you have a big hit in one certain style, and you can really get associated with that style. Then it becomes a lot harder to change.”

On tracks such as “Adrift” and “Empyrean,” Mr. Cooper seems to embrace a melancholy, yet magnificent vibe. On the other hand, tracks like “Impacts” and “Seething” are more aggressive, and bring up memories of Amon Tobin’s 2011 masterpiece ISAM. Other IDM artists such as Boards of Canada and Aphex Twin clearly have a large influence on Max Cooper and his style of electronic music. 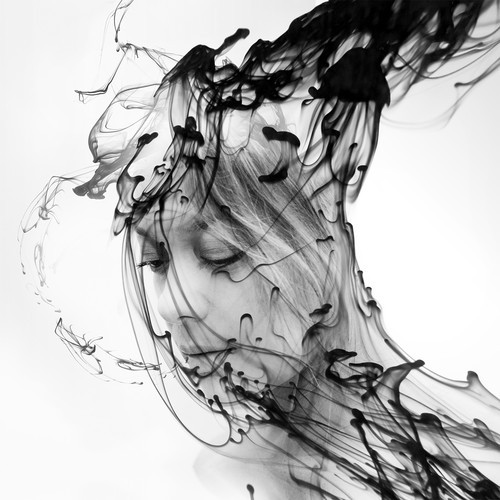 The influence of neoclassical and avant-garde music is very prevalent throughout this work, with many tracks, including the previously mentioned “Adrift” featuring a grand piano. The pizzicato-sounding pluck sound used on “Woven Ancestry” portrays another way Max Cooper’s wide-ranging style has clearly been induced by the aura of classical music. The inimitable drum samples used on this album should also be noted, especially on “Impacts,” a track that is solely based on metallic sounding percussion and found sounds. Aside from the technical talent, “Impacts” is a perfect example of Cooper’s refusal to conform into a one dimensional producer while incorporating the “human” theme. Don’t be turned off by any harsh or unforgiving sounds. After all, the track interprets the “impacts” of life, many of which are just that – harsh and unforgiving.

One can obsess for days over the unique elements used on Human, but it is the album as a whole that makes this chef-d’oeuvre give off such a lasting clout. With an album as well put together as this one, it’s hard to find anything to accuse Mr. Cooper of doing incorrectly. In fact, one can only have faith that Max’s next masterwork is as strong and as convincing as Human.

Pre-order Human on CD and Vinyl

Still not convinced about The Magnetic Gathering this weekend? Well let me help: [cincopa AgNARtaK2eRn]…