The concept for Tales from the Bilge, Bumble’s latest dive into the depths of mid-tempo bass, was developed almost entirely at sea. For 23 nights, Bumble and two compatriots traversed the Pacific Ocean on a 38-foot sailboat, traveling from the Galapagos through one of the most remote wildernesses in the world before landing in the Marquesas Islands of French Polynesia.

“I listened to the sea and saw the endless and unseen wilderness that exists beyond the land’s edge. For 23 days, this blue expanse filled my world to the horizon, unbroken by land or any form in every direction — a continual eternity of nothingness and everythingness.”

In his reflections, Bumble writes on grasping the “universal resolution” amidst days gazing at the blue expanse and its unbroken horizon followed by nights lost in the grandeur of the star-filled cosmos overhead. He also remarks on the moment of seeing the first ship of their journey—a mega-trawler fishing on the boundaries of international waters, pillaging the sea to feed human consumption—and witnessing unchecked plastic littering the waters around their tiny vessel.

Bumble’s music has a longstanding theme acknowledging mankind’s relationship with the natural world. With a rich discography that stems back to his 2013 album Bust and Bloom, his releases are a journey through nature, experience, and the sensory world. Reveling in the diversity of organic life and tech-driven production, he draws influence from deep psychedelic bass, ambient chillout, glitch-hop, swank, funk, and heavier bass styles while infusing natural elements to create musical sceneries that are both picturesque and energized.

For his 2018 release on Merkaba Music, Bumble explores the great ocean as his central theme. Tales from the Bilge is a voyage into the sonic depths—flowing and tranquil in one moment, rolling and unrestrained in the next.

The album kicks off with a smooth and spacious dip into wubby downtempo in the tracks “Liquid Ventilation” and “Aberrant Ataxia.” Like a vessel bobbing up and down in a rolling sea, their slow-churning progression and hypnotic rhythm offer a corporeal sensation that pulls us into the greater landscape while dreamy melodies and vocal work act in unison to offer texture and grounding. 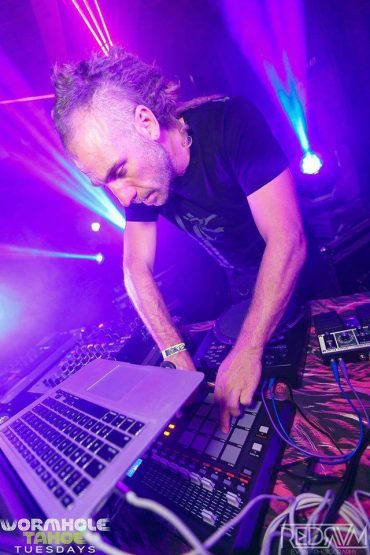 Tales takes an active turn at “Internal Squall,” where the floating and ethereal anchors of the opening tracks are reeled up and exchanged for heavier basslines and a swanky beat. It is here that the sensory experience of being at sea takes greater shape as increasingly kinetic elements—warped horns, rising and falling sine waves, squelching synths—weave in and out of the four-to-the-floor beat alongside more melodic components. A battle of forces, the track gives a sense of journeying into the center of a storm (or one’s turbulent mind) and acts as an energetic bridge to the next track.

Bumble breaks up the dark and stormy tones of Tales with “Archipelago”— a groovy, mid-tempo excursion into the subtropics. Teeming with life and energy and highlighted by the soothing voice of Sir David Frederick Attenborough—a regular character in Bumble’s discography—the track comes through as the spirited crescendo of the album. It finds its pair in both tempo and energy with the concluding track, “Unknown Amphibious Unfolding”— the only other track that ties in a connection with the land in its title. It is no mystery that Bumble draws strong influence from the land for his more high-energy tracks while pulling his liquid and spacious rhythms from the water.

Changing gears, “Vast Splay” is a quick dive into the supernatural with its entrancing rhythm, warm and evocative keys, and chunky mid-tempo beat. Its mechanical cadence cuts through the album’s deep and seductive themes with a cerebral edge, perhaps echoing the sensation of gazing at the unchanging splay of the horizon, the only variables in the world to be found in the texture of the water and the waves trailing in its wake.

“4k Deep” is perhaps the most mesmerizing inclusion in the collection. A slow and spacious exploration of the album’s surrealistic influences, its hypnotic beat progression and eerie melody evoke a sensation of being set adrift in a mental landscape of unknown vastness while plunging to the dark ocean floor in a one-man submarine. 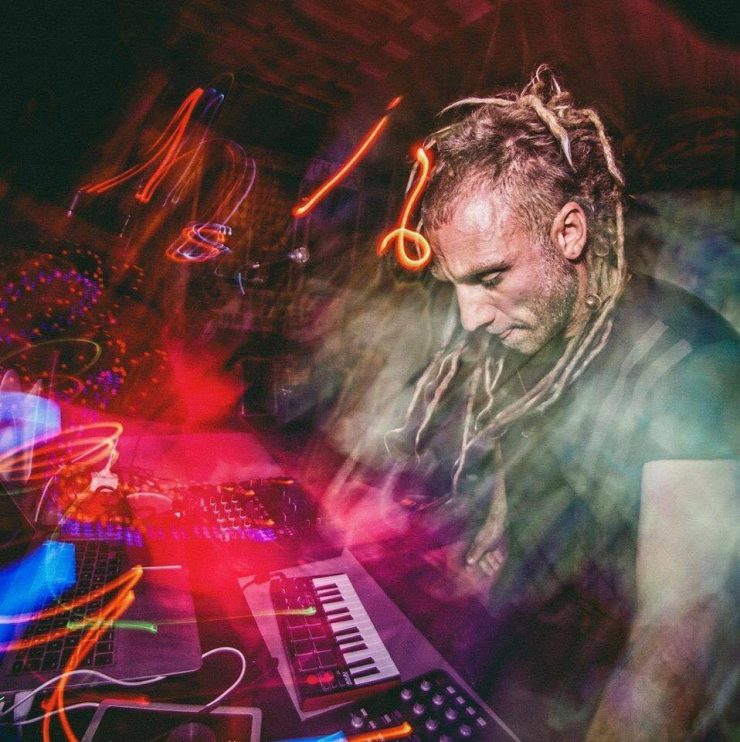 Enjoyed from beginning to end, Tales from the Bilge is a sonic memoir of the mind at sea. Its vivid compositions reveal the depths reached by a soul grasping for footing amidst the sensory bombardment and introspective states offered up by a voyage, and through Bumble’s vivid retelling of his sailing experience, even the most landlocked of listeners can glimpse what it is like to push out into that vast wilderness.

All of life is descendant from the seas, and as a reminder of this, Bumble is donating all proceeds from Tales from the Bilge to Sea Shepard Australia.

“Be gentle to the earth and to yourself; we are all learning how to sail for the first time on an ocean that can throw chaos at us at any moment.”

Bumble embarks on a short tour of the states this month with stops in Arizona for Juniper Jam, Colorado for Cosmic Synergy’s Final Fridays at Black Box, Austin for Create Culture’s Co-Creation Festival, and finally, Oakland for Wormhole Wednesday in October.

Experience Tales from the Bilge yourself on Merkaba Music.

Christian Cortes (SoundScrybe) is a writer, DJ, sound geek and craft beer professional out of Tucson, AZ. With a creative identity forged in the expansive world of psychedelic electronica, he uses language and sound to shape and explore his reality.

It’s arrived! A festival created completely by and for the people, right here in the…