KEXP has long been a radio station that has catered to the experimental and alternative. After all, Seattle is the birthplace of grunge and a plethora of “alternative” groups, becoming a cultural mecca in the 90’s.  Recently, KEXP made another fascinating modification to its programming schedule: adding an underground electronic show called Midnight In a Perfect World.

The format for Midnight In a Perfect World consists of a variable selection of DJs of all genres and formats, with a different guest DJ every week. The show hopes to have an emphasis on local DJs in the Pacific Northwest region.  This first episode of Midnight In a Perfect World guest stars legendary Seattle-based DJ Nordic Soul, birth name Sean Horton. Best known as the founder and curator of Decibel Festival, Nordic Soul has a great familiarity with all different types of electronic music across the decades, as this mix shows. 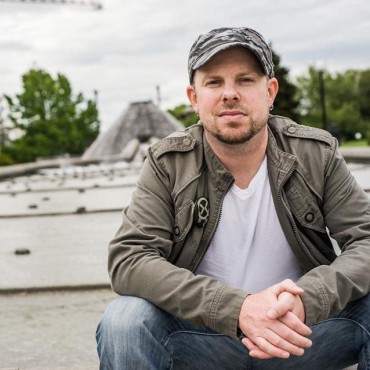 Nordic Soul took great care in making this a “thematic mix” inspired by the feeling of love. It makes sense therefore that he would start off with a band that spread love all around the world: The Beatles. “Because” by the Fab Four shows that Mr. Horton intended for this to be a compilation of songs from many genres. Through this hour-long pastiche, Nordic Soul uses songs by artists as diverse as FKA Twigs, Baths, Justin Martin, Glass Animals, Trentemoller and LCD Soundsystem,  concluding with the ambient “Show Me Love” by Hundred Waters. Although many of the artists on this list might be labeled as “indie-dance,” the range of sounds in this sonic collage proves that Mr. Horton has more on his mind than just limiting himself to one genre of music.  The interview during the last five minutes provides a nice insight into the world of Nordic Soul.

In future weeks, one can expect mixes from artists such as Ben Gibbard, President Bongo of GusGus and many more. Tune in on: http://kexp.org at midnight PST on Friday nights (technically Saturday) for the best of this “perfect world” of music.