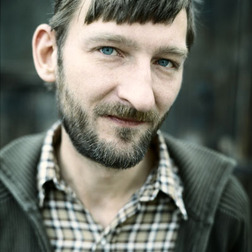 Justus Köhncke’s recently released Justus Köhncke & The Wonderful Frequency Band an interesting and unique adventure into the world of house music. Although the old adage goes “Don’t judge a book by its cover,” the artwork on the album definitely sets the mood for this strange and quirky LP.

The intro section, “Flitter Und Tand” uses many bizarre samples and effects that are not typically common in house music. Vintage synths and drum machines feel dominant here, and the majority of the album uses a clamoring 303 synth squelch that is slowly but surely coming back into fashion. Although the vocals on tracks such as “Des Selbstgesprach” are in German, non-German speakers should still take a listen as this is a minor issue that doesn’t effect the overall quality of Köhncke’s album.

The LFO wobble effect prevalent in dubstep is heard on “Des Selbstgespreach,” which actually works here due to its subtlety and the fact that is not overused. The deep bell synth also works nicely here on the appropriately named “Loop,” which is one of the more minimal tracks on the album.

Experimental sample choices and effects gives this work a distinctive shine. Almost “avant-garde” in nature, this may not be the best way to start an early journey through the vast world of underground dance music. But for individuals who like their electronic music on the weird and psychedelic side, this album is a must listen.

The Great Mundane – “IN THEORY” from NoCoast.TV Check out another great video from Jesse…