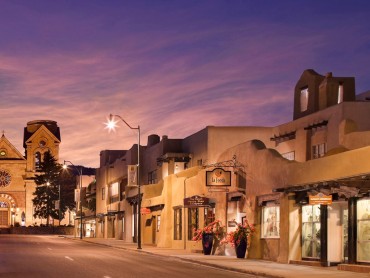 Santa Fe, New Mexico is a city well known for it’s breathtaking beauty. A melting pot located in the Sangre de Cristo foothills, Santa Fe has developed a cult like reputation within the global arts community. It is the oldest state capitol in the United States, and has been a crossroads for Native American, Mexican, and Colonial culture as power shifted from one population to another and traditions merged over the centuries. Referenced time and time again on stage and in film as a valhalla of sunshine and creative freedom, Santa Fe has appealed to brilliant minds from all over the world. Genius creators like Georgia O’Keefe and Douglas Adams once called Santa Fe home, a legacy that has continued to this day. 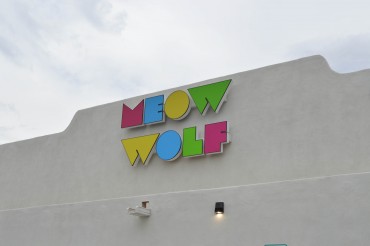 Outside the Meow Wolf complex

“This year we are making a studied conscious effort not to be studied or conscious. Santa Fe is now one of the most interesting art centers in the world and you, O Dude of the East, are privileged to behold the most sophisticated group in the country gamboling freely. … And Santa Fe, making you welcome, will enjoy itself hugely watching the Dude as he gazes. Be sure as you stroll along looking for the quaint and picturesque that you are supplying your share of those very qualities to Santa Fe, the City Incongruous. … Be yourself, even if it includes synthetic cowboy clothes, motor goggles and a camera.”— 1928 Santa Fe Fiesta Program (quoted in Santa Fe & Taos: the Writers Era, Ancient City Press 1982 ) 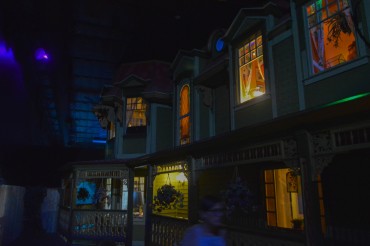 The House of Eternal Return from the outside

Nowadays Santa Fe is home to modern fiction writer George R.R. Martin, the man who brought us Game of Thrones. When he isn’t busy killing off our favorite neo-fantasy literary heroes, Mr. R.R. Martin is an avid supporter of the contemporary arts. His recent backing of the Meow Wolf arts collective and their massively ambitious permanent installation known as The House of Eternal Return has made headlines nationwide. The project, now open to the public, is part interactive museum, part psychedelic theme park, and all mind blowing creativity manifested. The story behind the project is that of the Selig family and their strange Victorian style home that’s somehow been wrapped up in a time and space bending vortex. Guests are welcomed to explore the twisted contents of the house, touching and interacting with as much as possible as the story unfolds.

Match.com enables its clients to subscribe and get to the online database of different endorsers that are finding for genuine mates match.com On the off chance that you discover any trouble subscribing and enrolling with the site, then you may get assistance from Match.com Customer Service Phone Numbers and Support group on the web 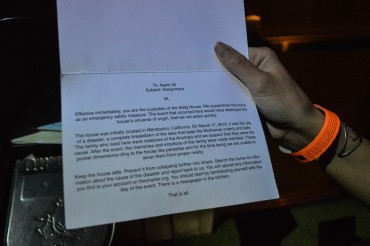 While initially reminiscent of similar weird houses like the Winchester Mystery House or the House on the Rock, The House of Eternal Return begs a second, third, and even fourth look. This project has layers. Riddled with clues that allow visitors to discover the tale of the Selig family, their past, and what’s really going on inside the odd home, The House of Eternal Return has much more in common with a live action role playing mystery game than a roadside attraction. The story goes deep, as well, developed over several months by a team of narrative writers, allowing guests to unravel as much as they can wrap their brains around. 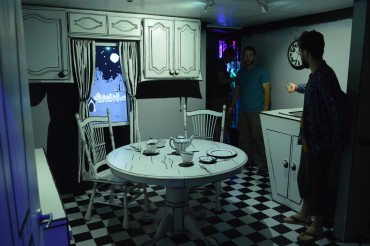 The kitchen inside the House of Eternal Return

Richard “Ranchsauce” Guerra, editor here at Lost in Sound, visited the complex this past spring. He had this to say about the project: “Meow Wolf exists as an example of the power of collaborative creation. When artists and visionaries are given the opportunity, the space, and the funding, they can touch the lives of so many people. Meow Wolf is bold, unconventional, welcoming and defies rigidity. I quickly stopped into Meow Wolf on a Southwest road trip. It spoke to my inner child, my inner teenager and my inner adult. It was like an multi-sensory interactive, role-playing, choose your own adventure, which speaks to my overall world view.” 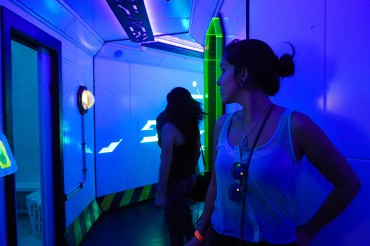 Exploring the alternate dimensions attached to the house

The Meow Wolf collective art complex has become a center for the creative community in Santa Fe and beyond. In addition to the massive interactive exhibit, the complex includes a huge maker-space called Make Santa Fe, as well as the Meow Wolf educational outreach nonprofit known as Chimera. The location has an event space as well, with rotating art on display, that hosts a variety of musical, educational, and social presentations. Prior guests include Lost in Sound favorites Desert Dwellers and Supersillyus, while upcoming events include electronic heavy hitters CloZee and Psymbionic, who will bring their Biohackers Tour to the halls of Meow Wolf on February 3rd. 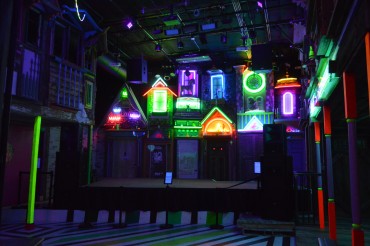 The performance space at Meow Wolf

The elaborate presentation of the Meow Wolf art complex serves an essential need within a community like Santa Fe that is so focused on the arts and culture. It’s a center for learning, artistic development, and a platform for showcasing talent while also providing an immersive and novel experience that satisfies creative curiosity. While other cities struggle to maintain their cultural development tucked away in warehouse spaces or while pandering to civic tastes, Santa Fe has it’s own mecca to the bizarre that is open to the public and encourages even the most creative mind to go ten steps beyond their comfort zone. The success of the project, along with current backlash against underground artistic havens in other cities, has encouraged the Meow Wolf collective to take action in facilitating the establishment of similar sanctuaries elsewhere. 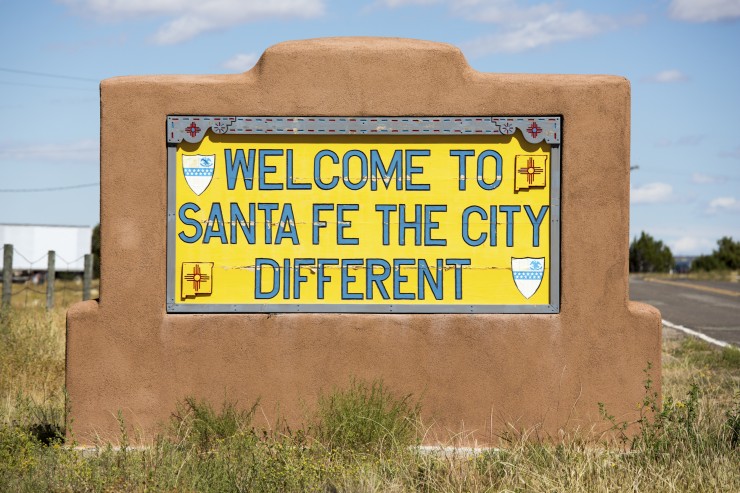 The recently announced collaboration with Denver’s Arts and Venues has caught quite a buzz, as plans are put in place to rescue beloved underground Denver arts spaces that have recently been closed due to heightened scrutiny of building codes in the wake of the Ghostship tragedy in Oakland. The Meow Wolf collective wants everyone to have the freedom and ability to create, present, and appreciate contemporary art that makes an impact, and we can only hope their pay-it-forward philosophy creates a domino effect in every city of the United States.