The trip hop/downtempo electronic musician Doug Appling, better known by his stage name, Emancipator, recently released his fourth full-length studio album Seven Seas on his own Loci Records. The Portland, Oregon based musician has created beautiful soundscapes that feel organic and natural on this latest album. He also embraces the indie-DIY ethos that he shares with many musicians whom call the Rose City home.

The album opens with the tremendous, ambient electronic number “All In Here.” From there, Seven Seas embarks on a remarkable voyage that is engrossing and full of magic and mysticism. Although hip-hop influenced beats are the name of the game here, Emancipator also experiments with elements of liquid dubstep on “Seven Seas” and “The Key.” The mixture of strings, flutes, and synths on Seven Seas creates a concoction that could best be described as “spiritually moving.” “1993” is one of the best examples of a track that uses this brew of sounds. The final track on the album “Barnacles” is a six-minute downtempo epic, and feels like it could be part of the score to a film version of The Iliad or The Odyssey. 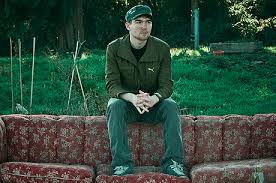 Though Mr. Appling is known for making his studio albums a mostly solo affair, the two songs with featured vocalists on this album, “Seven Seas” & “Land & Sea” are both standout tracks on the LP. It would definitely be welcomed if Emancipator used more guest musicians on his next work.

Although Emancipator is electronic music, Appling’s work will even appeal to those who are more interested in the works of classical or jazz music. He is often joined during his live performances by a violinist, and recently he has created his own live instrumental group called the Emancipator Ensemble. With his use of orchestral instruments and his art-focused approach to producing, he probably could be considered to be the Aaron Copland or Miles Davis of his generation.

Three years back, while I was a sophomore in college, I began to build up…