Liam McLean aka Joker, a young DJ from Bristol, located in South West England, is coming out in full force this year. I wasn’t surprised when the Dubstepforum.com 2010 Awards went down a couple months ago, and he took the #1 spot as Best Producer. He is currently producing some of the freshest samples and instrumentals in the scene, blessing DJs and fans ear’s all over the world. Joker is a perfectionist on a streak, and with singles out like “Purple City” and “Digidesign” only time will tell when the man is ready to claim his throne. What I find rather interesting is that Joker would rather sit at home and make beats than live the life of a celebrity DJ, playing sold out shows and festivals wherever their presence is needed. Joker‘s music sounds like modern dubstep combined with nintendo blip, 80’s funk and 90’s hip-hop, which I find fascinating.

Joker’s single “Digidesign” is one of my favorite tracks he has produced. It shows the come-up of an artist looking to bookmark his style and finesse across the globe.

Mary Anne Hobbs, a radio DJ for BBC Radio 1 in the UK, recently had Joker perform on her Experimental Show. I believe he performs better when he is in a similar scenario to his setup at home, rather than in front of a crowd full of antsy, rage-ready dubsteppers. I’ve yet to find a flaw in this mix, and know every sub junkie out there will love it and strap it on their iPod for mobile rage. Until next time, Grandose over-n-out! 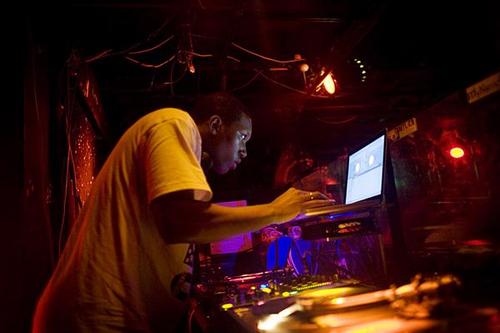