The BUKU Music + Art Project returned to New Orleans for its second year to Mardi Gras World‘s intimate waterfront venue. Typically music festivals in New Orleans tend to revolve around jazz and blues music, but BUKU and Voodoo are exceptions to the rule. Instead of having the festival over the weekend as it was last year, it was held on Friday and Saturday afternoon into the early morning hours. The festival genres ranged from hip-hop to indie to funk, and also included some of the biggest names in EDM today. Adding a fourth stage to the festival this year was an excellent idea – not only did The Float Den create more wiggle room for everyone else at the festival in general, but it was also the spot for some of the best sets of the weekend. Located in the Mardi Gras float warehouse, The Float Den encased a vibe like no other, thanks to the custom made floats put together exclusively for the festival. Selling out of weekend passes is a sure sign that BUKU will be back for a few years, as they continue to establish themselves as one of the bigger festivals on the Gulf Shore.

No Kras, no problem. The weekend kicked off with Lettuce‘s super funk-ay set on the Power Plant main stage. Although they were performing without lead guitarist Eric Krasno and keys star Neal Evans (Soulive was preoccupied with their eight night run at Brooklyn Bowl), there was hardly any difference in sound. Good Royal Family Records friend Nigel Hall filled in for Evans on the keys and took over on vocals as he usually does for Lettuce. The highlight of the set was certainly when the band brought out New Orleans local legend Ivan Neville (known for his band Dumpstafunk) to get down. Some of the best jammin’ the crowd will ever hear from a band without their lead guitarist.

Flux Pavilion had the next set on the main stage and came out with a massive rendition of his new single “The Scientist.” Who knew he would sing that live?!? His set included all of his classic dubstep hits but had more of a trap feel to it than usual. Next up was Flying Lotus, located in the intimate Float Den. Flying Lotus had come out for Earl Sweatshirt‘s set earlier in the day, but now it was his time to shine. The den was at maximum capacity, and it was clear that the crowd was getting ready for some late night EDM grooves. Steve came out with the most original sound at the festival compared to the other big name producers and DJ’s. His off-tempo, experimental sound had the crowd moving as he played a combination of new material and some real raw hip-hop.

Kid Cudi was a headliner I was not too excited about, considering last time I saw him perform in Connecticut it was one of the most subpar shows I’ve ever seen. Cudi knew he had to get the festival crowd going by playing his old jams, as his more recent albums tend to be slower and less interesting for a live crowd. It was a no brainer to leave the beginning of Cudi’s set for Adam Deitch‘s explosive live electronic duo, Break Science. Their 45-minute set was certainly not long enough, as it was filled with nothing but pure energy and the low frequencies I was looking for all night. I made it back just in time to catch the end of Kid Cudi’s set, and I was definitely surprised when I heard the whole crowd singing as he ended on a high note with Steve Aoki‘s remix of “Pursuit of Happiness.”

Saturday was a day of some much better music. Flosstradamus started the night off with a trap heavy set in the Float Den. As expected, their set started to get repetitive and I soon found myself at Kendrick Lamar on the main stage. Although Cudi performed much better than expected, it’s not like Kendrick had much to live up to. Not being huge fans of rap shows, I was not expecting much, but man did he come out with power. “Backseat Freestyle” was certainly the highlight of the set, as Kendrick owned the crowd with his stage presence. Soon after that was Big Gigantic and STS9 in the Float Den, so I had to make some moves to get there in time. That seemed to be a problem with the festival, the better sets were cut short and most of them overlapped. After seeing Big G multiple times on Jam Cruise XI in January, I wasn’t expecting anything much different from their sets on the MSC Poesia. I was certainly wrong. Highlights of the set included Macklemore‘s “Thrift Shop” jam into their hit remix of “I Need A Dollar.” Their encore of Knife Party‘s “Bonfire” was perfect to set the stage for the more vibe-tastic Tribe.

Soon Sound Tribe Sector 9 would follow up with two sets. They really know how to get the crowd moving, as there has never been a time I have seen them and have been disappointed. Their cover of Daft Punk‘s “Robot Rock” got the crowd going right off the bat. For their second set, they would eventually bring out Dom of Big G for “Be Nice.” There’s a big difference between seeing a musical artist and going to an event, and Major Lazer was definitely an event. The set got moved back a few hours, so the Ballroom Stage was absolutely packed, full and hot. There was a balcony that felt like it could have fallen with the amount of people on it. Diplo ran over the crowd in a hamster ball while making an impromptu “Harlem Shake” video, as the crowd got ready and rowdy for Dillon Francis and Nero, who would close out the festival into the early morning hours.

Overall, the festival was put together very well and BUKU did not fail to impress, as they made major improvements from last year. There were a few things I thought they could have done better considering that the festival is located in New Orleans. They could certainly have a million other options for food stands other than just fish tacos. Other than the food, the festival could also improve with the overlapping set times, as there was too many times I found myself having to pick and choose. More than excited to see what BUKU has to bring next year!! 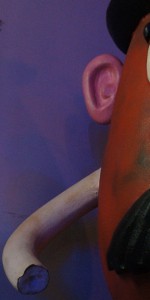 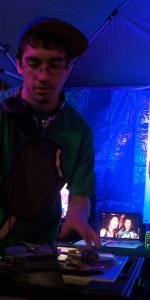 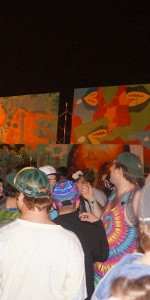 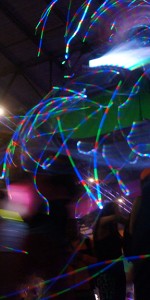 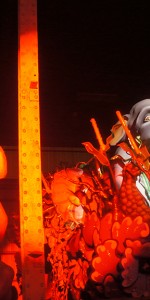 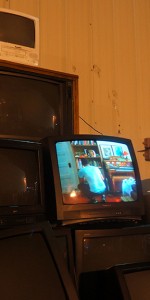 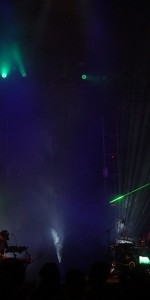 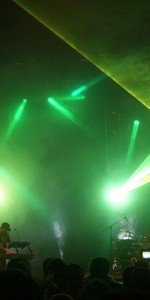 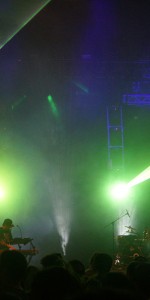 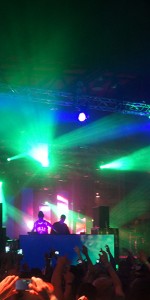 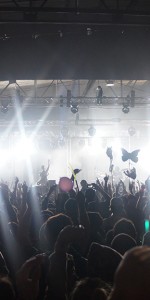 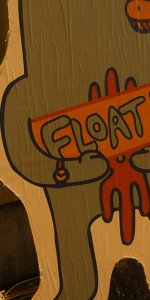 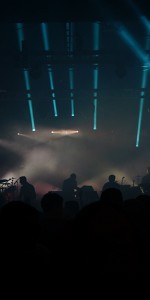 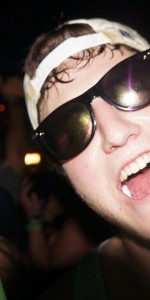 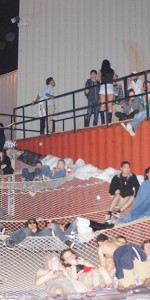 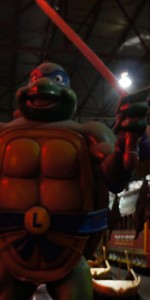 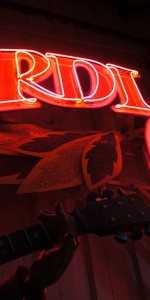 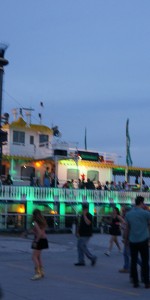 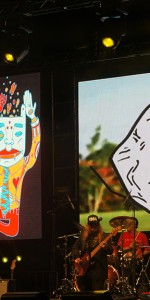 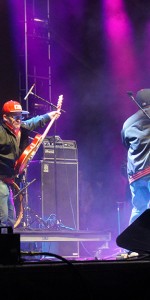 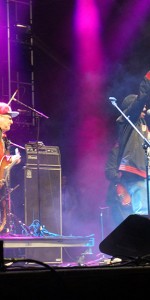 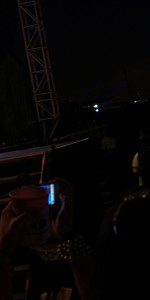