Close Encounters has landed. The next chapter in the saga of Space Jesus and his merry band of intergalactic disciples, released November 20th via Smokers Cough, twists and turns through an amalgamation of genre spanning bass and cheeky social commentary. ‘Melting pot’ perfectly describes the album, which took the better part of two years to create. Spanning from hyphy trap to hip hop to half time hypnotic bass, Close Encounters takes listeners on a wild ride. The opening “Infinite Extravagance” is a heavy rolling track appealing to the irony of our ego-driven generation, the expanded bass notes thumping out a mind bending pattern. “Nawledge” is up next, with strange lyrics spouted by GDP, Pipus, and bizarro world S.J. alter ego Yung Jafar. The words form a half nonsensical mantra overlaying a maniacal trap beat that makes heads roll. There’s nothing in the world quite like the voice of Pipus, who opens the track with a rhythmic high pitched babble that grabs your eardrums and shakes them awake.

The long haired mastermind behind it all, Boulder, CO based producer Jasha Tull, is well known for his collaboration with an extraordinary number of talented friends, and Close Encounters proves no different. Featuring the likes of Lespecial, Soohan, Honeycomb, and many others, Tull showcases his ability to seamlessly integrate with a remarkable variety of sound. His collaboration with Soohan called “The Sultan” seems to spin like a dervish, utilizing antiquated sounding lyric samples and tribal beats to create the exotically complex tune. “Ransacked II”, another exceptional collaboration featuring the gents of Lespecial, is a wheeling beat that twangs under a robotic chorus. Lespecial lends a certain gravelly feel to the otherworldly arpeggios for which Space Jesus is well known. 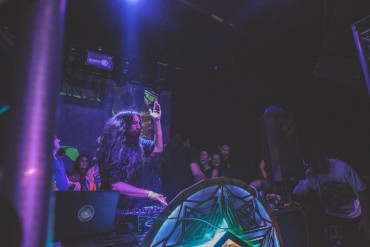 Space Jesus throwing down at the ‘Close Encounters’ release party at Slake NYC in November (Image by Thomas McKenna// tkenna.co)

Tull’s sound is somewhat of an enigma, difficult to categorize by genre because of his ability to flow from archaic to otherworldly within the span of a measure. You’re drawn to the sound because it’s both familiar and exotic. This time around the music comes with a message, particularly in the case of politically driven tracks “L-Boat” and “#furgason”. The quirky samples that litter the definitively weird bass track “L-boat” throw the hypocrisy of politico types into sharp relief, while shifty rhythms give way to heavy drops with smirk inducing timing. “#furgason” is an in your face jungle-y tune that leaves no question as to how Space Jesus feels about the uncouth behavior of law enforcement. While it’s always been the domain of hip-hop to call out corruption in high places, electronic music has been much more concerned with escaping from ‘real issues’. Space Jesus straddles both domains, sharing social commentary with reckless abandon and fighting for our right to party. 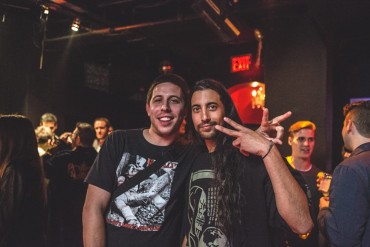 Experimental bass is primarily what Tull is known for, and he certainly stretches our eardrums with tunes from his home galaxy in the form of the upbeat “Martian Workout” and the strange creeping “Grandpa was a Grey (Alien)”. One can imagine little green men doing step aerobics to the former quite easily, while the latter is a progressively ethereal piece with a bassline that will hypnotize. “Hydrabadman” also explores the weird bass arena, with wide, slow rhythms and twinkling melodic effects that sound like they’re downloading into your eardrums. Throwing it back into the realms of hip hop, “Exist (ft. Shape)” is everything you’d want from a trap ballad. Shape spits hot fire over a low and slow rhythm that tingles your dopamine receptors in just the right way. Tull started in the underground Brooklyn hip hop scene and it’s clear he understands the genre more than the hip hop community has acknowledged.

The spooky yet soulful “Sycamore” featuring beatboxing phenom Honeycomb is a bit unsettling, which is probably deliberate, as it blends squelchy wide bass tones and jazzy melodies. This is an avant garde piece for Space Jesus, whose tracks are usually a bit easier to digest, and shows real movement towards a whole new realm of exciting experimentation for the project. The track that follows, “The Same”, is an equally experimental ballad with real emotional drive behind it. “The Same” has the baby-making potential of a Barry White song, pulsing along at a low tempo with modulated lyrics that evoke some real emotion. “Exit 63”, the final composition on the album by Space Jesus before he dives into the expanded universe of remixes, is another low tempo, strange track with a very pretty broken melody that inspires images of a music box from another dimension.

Tull has always been tireless in his support of artists other than himself, frequently shouting out lesser known companions by any medium at his disposal and creating unique collaborative projects to boost his padawans’ musical careers. One such artist who has been under the mentor-ship of Space Jesus for a few years, Esseks, lends his talents to Close Encounters in the form of his “HMU” remix, a dub focused bad boy re-imagining of the original. Longtime friend GDP throws his remix skills into the pot by lending his characteristic New York swagger to additional rhymes on “Infinite Extravagance”. Finally, “Nawledge” gets a digital reboot by Bleep Bloop that takes the hip hop anthem in a direction that is less whimsical and much more industrial. 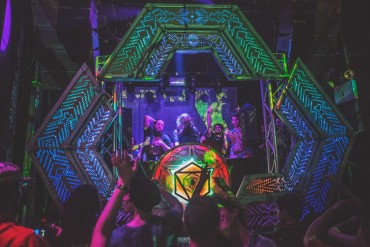 Space Jesus is at the top of his game with this new release, showing his extremely diverse style in an album that will appeal to fans from all walks of musical preference. After a whirlwind year of appearances all over North America, it’s satisfying to see an artist like Tull hasn’t let his production suffer. Moreover, his sound has grown exponentially and is clearly still progressing. We’re excited to see how high this star will rise. 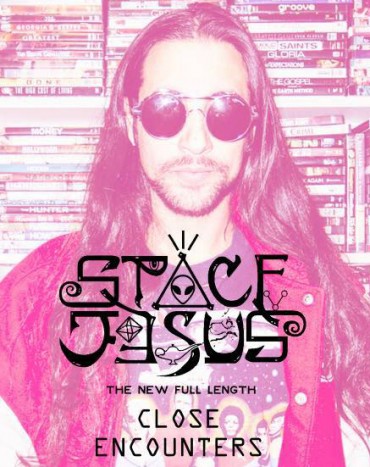