Pacific Patterns, code name of Portland, OR producer Christopher Petersen, has created something unique. His new EP, Purple Garden, released recently via Street Ritual, is a hybrid of sorts, straddling the wide line between ambient electronic and heavy bass. The four tracks are thematically named “Birdwatching” (The Untz Exclusive Premiere), “Mirage,” “Lavender” (Lost In Sound Exclusive Release), and “Blossom,” and each offering captures the laid back intensity of a hot summer day. Peterson is very clearly an accomplished sound designer, including layers of texture and wide, deep tones that deserve to be listened to on the best sound system one can find. These are not tracks to casually stream through your phone speaker, you’ll end up missing half of the experience.

The real banger on the EP is as potent as it’s name. “Lavender” begins unassumingly enough, with ethereal effects and a slow groove rhythm that bring on a trance state of sorts. The track then takes a wild dive into a heavy trap beat that catches the listener off guard in the best way possible. The song doesn’t lose it’s whimsy in the least, just adds maturity and a bit of recklessness to the vibe. 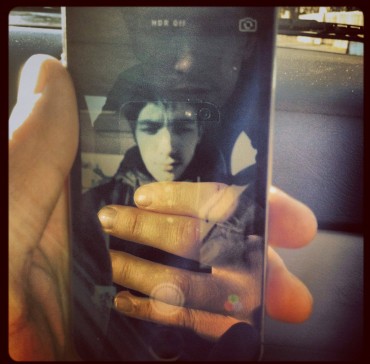 “Birdwatching” is a sound design heavy piece that creeps rhythmically as though one is actually adventuring in search of a lofty prize. The cacophonous ending seems to wind up the otherwise orderly track with a celebration. “Mirage” is the perfect song to listen to on the beach, in the sunshine. It floats along, diving in and out of intricate melodies like a dolphin playing in a boat’s wake. Pay attention, this type of composition will reveal new details each time you listen.

The final track on the EP, entitled “Blossom,” is quite a big tune with which to end. It begins with mysteriously ominous melodies that steadily build to a sexy, sway-able beat. The intermittent dips in rhythmic action act as a smooth juxtaposition to the feel of this track, which is equal parts swanky and spooky. The hollow tones at the end of the track echo through your ears and leave a lasting impression long after the music has faded away.

Lost In Sound was able to chat with Christopher Peterson, the mastermind behind Pacific Patterns, about his new EP and the inspiration behind Purple Garden. 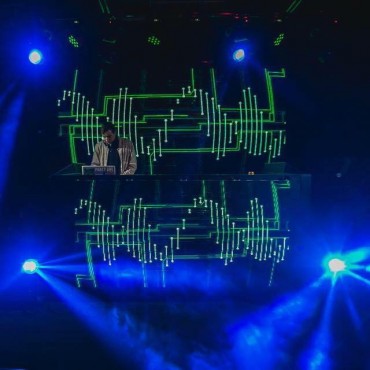 [LIS] You’ve put out quite a bit of music in your time. Can you tell me, in your own words, how your sound has progressed since your last release?

[Pacific Patterns] I would say my sound is always evolving because I am constantly inspired by new things. I would say I’m focusing more on texturing my sounds and creating story with sound design more than musically.

Is there a backstory to the title Purple Garden?

I came up with the track names based on things that I was thinking about during the time I spent writing the songs. After looking at all of the song names, I noticed they all could fit into a theme of nature. I didn’t really have a name for the EP until a few weeks before it was released. Purple was a color that sort of stuck with me over the course of this last year. I was working in the garden with my girlfriend feeling peaceful, pulling up weeds getting really up close and personal with the dirt, looking at worms. It brought me a sense of peace. So I decided to merge the color purple with my fond memories of working in the garden. 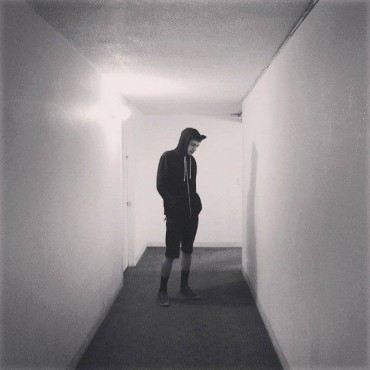 Your music seems to take listeners on a journey with each track. Can you tell us a bit about what inspired each tune?

Definitely. “Birdwatching” was inspired by a waterfall trip I took with some friends of mine. Indigo Beck, Tawrence, and Michael who runs Phuture Collective. We walked up to Multnomah Falls with my field microphone on a busy summer day. At the beginning of the song there is a recording of us walking through a crowd where it seemed like we heard 3-4 different languages at once near a waterfall. It was just such a surreal and exciting thing to catch in a recording, I plugged it in over a melody I made later that night and started gaining idea after idea and eventually the song “Birdwatching” came to be. I have no idea why I named it “Birdwatching,” just seemed right at the time.

“Mirage” was inspired by a team supreme beat cipher, started and entered but it was not accepted. But, with the sounds I created for that beat, I used to create new melodies and eventually an entire song. I’d say I was inspired by taking late night bike trips in the summer to the after parties with all of my friends. We had a solid group of twenty to thirty people who all loved the same kind of music gathering every weekend for a whole summer. Nothing kept me going more than the encouragement from my squad. 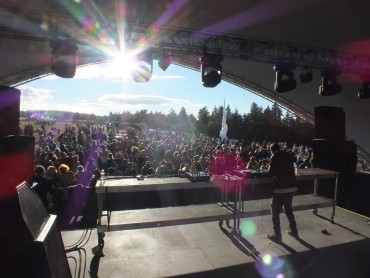 “Lavender” – I wrote the entire arrangement of the song in about three hours, the same week I decided to end a relationship. It was hard, but I knew I would be happier so that’s where the melancholy structure of the song comes from. Half of it is bright and vibrant and the other half is dark. I love lavender everything and it was just a great song name.

“Blossom” was the first song I wrote for the EP. I wanted to tell a story. Around the same time as “Lavender,” but more focused on the feeling of letting go of things you are attached to and growing into the person you want to be.

Tell us a bit about your musical background. How did you start composing electronically?

I started with guitar and was using a loop pedal to play drums over my guitar loops. At first I taught myself by learning how to play songs I liked, looking up guitar tabs on the internet. It was fun. I did some open mics and basement parties. After jamming with a lot of people and never finishing anything I decided to try to learn Ableton to get more control over the loops I was using. Once I started learning Ableton, I just became obsessed with synths and sampling and haven’t really gone back to playing instruments too much. 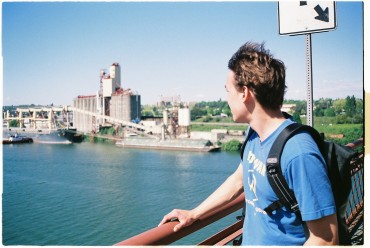 Your name, Pacific Patterns, very much reflects your West Coast vibe. What about where you live (in Portland, OR) inspires your music?

I actually came up with the name when I was in high school living on the Oregon coast. I wanted something that I could reallocate meaning if I wanted to. Back then it meant looking at the ocean on acid. Now it means to me that even the most vast entities of our world have rhythms and patterns that we can understand along with ourselves. It can mean anything, but I just like how those two words together make you see something when you close your eyes.

All of the tracks on Purple Garden EP are very cinematic, and create quite a bit of mental imagery when listening. What type of imagery are you hoping your music brings to people’s minds?

I  know it’s a bit cliche, but I love nature and I love geometrical shapes. A combination of both I think would be fantastic. I hope they see the things they need to do to be happy. 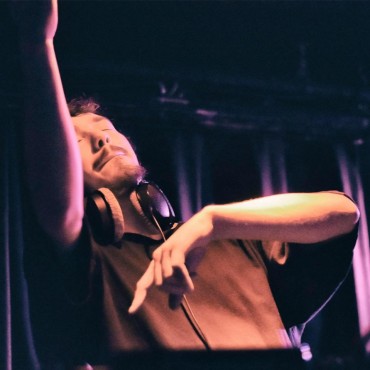 What’s up next for Pacific Patterns? Where can our readers catch you performing?

I’ll be at Wormhole this Wednesday (6/14) with DMVU and Aztek in Oakland, CA! I’ll also be at Meow Wolf in Santa Fe, NM on July 29th with Nico Luminous and Yunis.

You can also catch Pacific Patterns this summer at Pirate Party, Stilldream Festival, and What The Festival!