The underground cultural community in Brooklyn has birthed some of the most innovative and unique musical projects to date. Talib Kwali and Jay Z have called Brooklyn home, along with some Lost in Sound family like Claude VonStroke, Esseks, Space Jesus. It’s a melting pot of creative inspiration, with massive industrial walls to cover in paint and dozens of abandoned warehouses to blast music until the wee hours of the morning. Emerging from the winding streets is a unique talent by the name of iX, a producer who has been haunting the lineups of sell out parties all over the greater tri-state area. Combining world music themes with heavy experimental sound, iX hits the sweet spot of vibe-y, feel good bass music. Already in his first year of performing, he has supported the likes of CloZee, Guccimen, Charlesthefirst, and more. Lost in Sound had a chance to chat with iX about his sound and what inspired him to dive into the world of underground music.

[LIS] How long have you been producing music?

[iX] I have been producing for five years and used to mix as a hobby four years prior to my embarking on production, which has been my go to choice of performing, my productions in sets. I have no musical training, but have been assisted by friends to help understand what I initially could not along the way.

What inspired you to start producing?

I was inspired mainly by the music I listened to growing up that was of the electronic variety, and just ancient cultures and their instruments. From a young age, I had listened to electronic music, but not of the same variety that I listen to/produce now. It has been an evolution into both mixing and producing and to me they are a great way of expressing laughter and generally any emotion.

How would you describe your sound?

A collection of things that caught my interest growing up like foreign culture, dance, and psychedelic music as well as the idea of live mixing when performing. Personally I think my sound is just what I like about life, although I have been associated with acts of the Global bass and Psychedelic bass variety and find similarities of my sound with a few artists in those scenes. 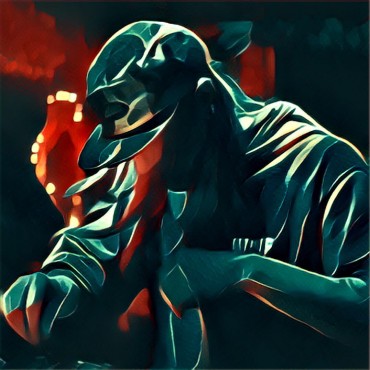 How do you spend your time when you aren’t making music?

Working for that rent money (laughs), exercise to keep my mind and body healthy, as well as skating around the city with friends and going to see shows in the Brooklyn area, which has got a great variety of the eclectic music that I really enjoy.

Which artists do you admire and why?

Beats Antique/Dirtwire are huge as well as Break Science, STS9, Emancipator, CloZee and Soohan. I appreciate musicians that do a great job at making a unique eclectic sound while mostly performing live. I also enjoy anything that combines many different styles of music. All of the artists I’ve met up until this point do a great job at setting high expectations to push you further artistically and are willing to help along the way, as long as you listen and put in the work.

What makes your sound unique?

If it is unique, it may be for lack of formal music training and live mixing only original tracks. I have a few released tracks along with many unreleased tracks, so each show is a different experience. I have been given great opportunities to get help from great producers that have laid groundwork for me to expand on my own sound.

What are your goals for iX?

To travel the world playing my music while experiencing and learning about the cultures in which I find interest. Also, to create a fun party atmosphere, where people can hear weird and “out there” music from current day production that includes notes of old styles of music. I think a huge part of it would be to have success in something I believe is my calling and to make myself proud that I could do it, regardless of hearsay from initially embarking on my musical journey. 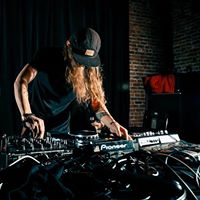 Catch iX opening for Psymbionic and The Widdler this upcoming January 27th, at the Middle East Lounge in Boston.