Portland, Maine based producer Of The Trees has officially graduated to the big leagues. The release of his first full length album “Dream Atlas”, out February 9th via Gravitas Recordings, introduces us to an older, wiser Tree man, one who has spent significant time over the past year honing his craft. Gone are the days of elbow wagging trap, displaced instead by sultry melodies over mid-tempo rhythms that bring some finesse to Of The Trees’ familiar swagger.

The man behind the moniker, Tyler Coombs, has developed quite the signature sound. The jazzy, rolling rhythms are still very much present, as is the subtle hip hop style samples and mischievous vibe. There’s an overarching theme of sophistication to this body of work, a real intricacy that shows the level of thought put into each piece. The title track is a whimsical audio flashback of sorts, incorporating funky melodies that bring to mind previous Of The Trees works into lush organic sounds, twinkling effects, and a determined bass line that concludes the dream sequence.“6AM” is another standout track, subtly building and exotic, invoking that familiar glistening imagery of bright early mornings after long dark nights. 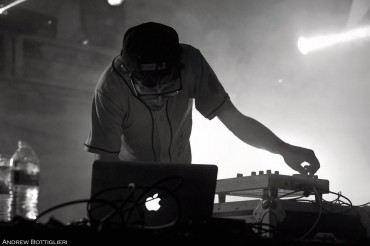 Coombs joins forces with Gravitas compatriots Esseks, The Digital Connection, and The OriGiNaLz, sprinkling collaborations throughout the album, showing us that his versatility and camaraderie is top notch. Particularly catching is the Esseks/Of The Trees collab “Business Tripping,” a sly rhythmic piece with sliding effects that perfectly embody both artist’s characteristic sounds in a seamless integration of thumping bass. 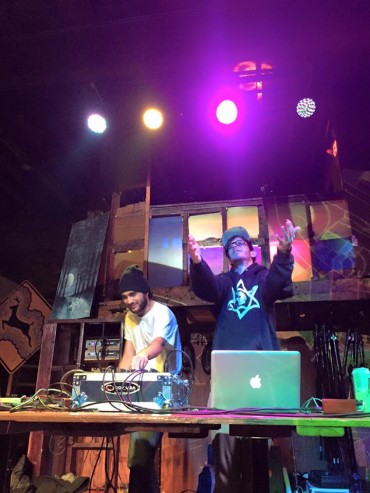 Included at the tail end of the composition are stellar remixes by none other than Perkulat0r (“6AM”) and CloZee (“Dream Atlas”), two artists who have been a clear influence on Coombs and his musical progress. CloZee imparts her otherworldly flair into the title track without losing the original whimsy, expanding the bass to a grinding feel, chopping and layering effects to the insane level of detail she’s known for. Perkulat0r’s spin on “6am” is an arrhythmic adaptation of the original, spun out on syncopation and slowed down for those of us who haven’t quite hit the afterglow by sunrise. 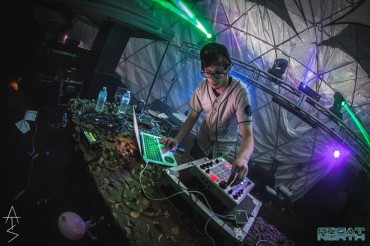 2016 promises to be one hell of a year for Of The Trees, who’s rumored summer schedule is said to be stacked with appearances all over the country. Look for him on a festival lineup near you, and check out his new album “Dream Atlas”, available for download on Bandcamp via Gravitas records for a donation of whatever suits your budget.