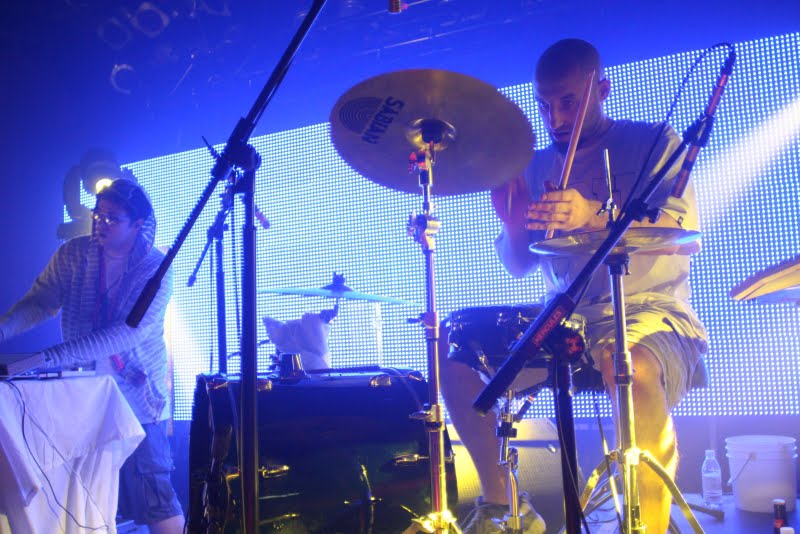 This past decade has been a serious wake up call for artists in the music industry. In the year 2000, infamous boy band N’SYNC (yes, I’m going there) set a new industry record by selling over 2.4 million copies of their No Strings Attached album in one week. In the year 2009, the total combined sales of Billboard’s top 200 albums did not equal the amount N’SYNC sold in one week. To put it frankly, the CD, in it’s material presence, has become a dead business. As a result, embarrassing pop stars like 98 Degrees have gone BYE, BYE, BYE!!!

The death of the CD is a result of this past decade’s trend to download digital singles in lieu of entire albums. This has left us in an industry where artists such as Flo Rida, who had the #1 most downloaded song of the decade, “Get Low,” could literally retire off the success of one single. The Internet, and the dissemination of new media, transferred the power from the perfectly packaged pop star record label to the starvin’ marvin musician. OK, so people like Miley Cyrus do still exist, but the important thing is that now, everyone has a choice. New media provides the average person with an extensive menu of genres just waiting to be devoured. If people look hard enough down the rabbit hole, they will find a wonderland of music that has nothing to do with MTV or Jersey Shore.

Though the era of new media has spawned an infinite amount of piracy and copyright infringement lawsuits, artists are still able to find new ways to make money. In fact, the only people losing a significant amount of money are the record label powerhouses. And guess what? What goes around comes around. After decades of taking advantage of artists and manufacturing generations of Britney Spears and Mmm Bop Hanson wannabees, it is finally the era of the artist to return as an artist, and not a commodity. So whats next for the do-it-yourself era, where musicians gain recognition through social networks and streaming websites? Well, that answer rests in creative marketing that embraces the effect new media has on the music industry.

People called Lil Wayne crazy when he gave away millions of free mixtapes, but who’s laughing now? Lil Wayne’s choice to deviate from the standard record label marketing procedures catapulted his career to the level of international stardom overnight. The popularity of his mixtapes kept fans drooling in anticipation for his next album, and as a result “The Carter III” is the last album of the decade to sell one million copies. If your fans are going to find ways to download your music for free, why not make it appear as if you’re giving them a gift by giving it to them for free. Same concept, except one comes with a shiny red bow.

Like Lil Wayne, Radiohead decided to be master of their domain. Even with a new album on the verge of completion, Radiohead chose not to renew their expired record label contract. The band independently debuted their album “In Rainbows” as a digital download, rather than an in-store release, and let fans decide the amount they thought they should pay for the album. This type of marketing experiment was deemed far too risky by record labels, since they knew if it worked, they would be out of a job. It’s the same concept as Lil Wayne’s gifting technique, except this time fans were given the choice of payment and were faced with the moral dilemma of how to place a monetary value on musicianship. Although one out of every three people in England paid absolutely nothing for the album, the band still sold millions of copies and was commended for their willingness to experiment.

Lotus did something similar to Radiohead’s let-the-fans-decide technique, hosting a pay-what-you-want tour that allowed their fans to decide the price of their concert tickets. With a recent rise in all concert tickets, this method helped Lotus sell out tons of shows and gave their fans the rewarding feeling of being properly compensated (well, maybe not completely compensated, since Ticketmaster’s fees equate to 1/3 of the original ticket price). The main point to take away from bands like Lotus is their ability to remove any sense of monetary entitlement, and remember what it’s like to be a fan. Sacrificing that extra $5-$10 on ticket prices may temporarily hurt the bands’ wallets; however, strengthening the fan base will ensure long-term profits. What is best for the fans is best for the band. That should always be the golden rule.

The greatest example of a band embracing the impact of new media on the music industry is Colorado native Pretty Lights. A little over a year ago, no one knew about Pretty Lights. Now you can’t go anywhere in the underground scene without someone sporting some type of Pretty Lights gear. How did they do it? Pretty Lights gave away their albums for free, via digital downloads from their homepage. In the beginning they broke even because they weren’t making any money from their albums, but saved tons of money by not manufacturing and distributing CD’s. As a result, their popularity spread faster than I Cant Believe Its Not Butter. Pretty Lights earned the attention of their fan base and kept their fans waiting in anticipation to see them live. Their live touring took their success and profits to the next level. Anyone who has seen Pretty Lights live knows that they absolutely rage it to the point of no return (NYC 11/19/2009 enough said). Their “More Important Than Michael Jordan” popularity not only resulted in them selling out venues all over the United States, but also caused their homepage to crash from so many visits. When tickets went on sale for Pretty Lights’ New Years Eve show, it sold out in 20 minutes. Pretty Lights (pictured at the top of this post) shows no signs of slowing down, as the deadly combination of free digital albums and non-stop raging of live shows are currently an unstoppable force in the industry.

Now that we are in a decade where the artist has more freedom, why not pass that freedom over to the fans? That is the exact mentality of the aforementioned musicians, and it has proven to be a very effective marketing tool that cannot be ignored by current or future artists. Musicians should recognize that the real profit is in ticket sales and not in the material presence of a CD. Unless you’re going to record a crunk single with T-Pain or Akon, the chances of turning a stable profit from consistently touring are much more likely than a large profit from just one single. The ability to utilize new media as a creative marketing tool is the most effective way to make money in the future of the music industry. The music industry, now more than ever, reminds us how important it is to be able to adapt to contemporary, innovative technologies.