New York, NY – April 11, 2012: For the past four years, Mr. Bugsly Presents has worked tirelessly to bring the highest quality acts across the intelligent dance music spectrum to New York City. The fruits of these efforts are the creation of a like-minded community, passionately devoted to forward thinking music. To further cultivate and expand on this unique vibe that has arisen in the city, M.B.P in conjunction with TheUntz, Lost in Sound, Patchwork NYC, and Deathwaltz Media Group are excited to announce their Cinco de Mayo blowout at Public Assembly (70 N 6th St. Brooklyn, NY)! Heyoka and Digital Rust are bringing their signature Bay Area sound to Brooklyn for this exciting event, and will be joined by Space Jesus, Supersillyus, and Bartlomein. This show will be the place to be on May 5th for all lovers of psychedelic glitch-hop and conscious bass music.

Also the show is $10 before midnight if you RSVP HERE

Heyoka is fast becoming one of San Francisco’s hottest producers / performers on the scene. His early influences in Downtempo, Dub and IDM combined with more recent midtempo dancefloor genres from the likes of Bassnectar, Glitch Mob and An-ten-nae have helped create a very unique sound that combines relentless basslines, hip hop, and dub rhythms with a lot of musicality and melody. Heyoka’s earlier works were identifiable by their crushing basslines and ‘spacey’ blips and glitches, ‘Pineal Dub’ shows progression from Heyoka as a producer with greater use of negative space and ethereal melodies that can only be heard as melancholy or wickedly cheerful. The response to his emergence so far has been overwhelming, with Heyoka opening nights for Tipper, Benga & Skream amongst others. 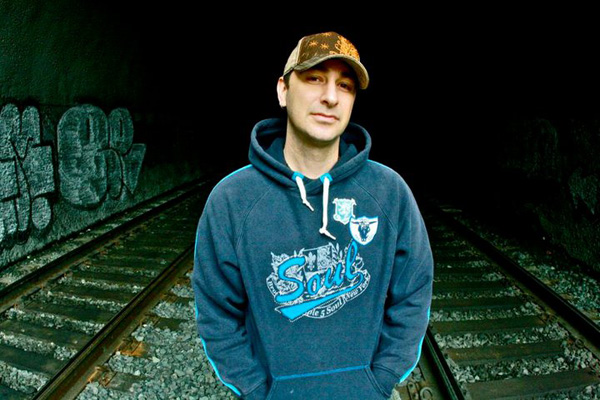 As a recent transplant to San Francisco, Dave Ward lives a life as a music producer, graphic designer, and web developer. Longing for distraction while commuting to work every day, he started writing music while beneath the city. Dave has previously released music on Addictech, Simplify, Mal Label Music, KWs and Kanpai Records. He has played many shows in and around the San Francisco and Los Angeles areas, as well as many of the West Coast’s most popular music festivals. A most recent highlight being the Envision Festival in Costa Rica. Not to mention his favorite holiday, Burning Man. 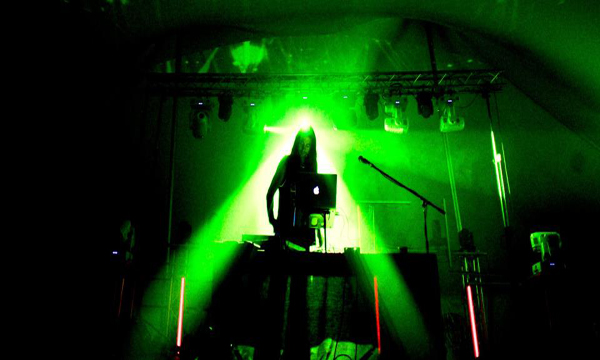 “Jasha Tull has been melting faces across the universe one ear drum at a time with his psy-bass, deep-crunkin grooves, and a name like none other. Space Jesus explores many different styles and genres while delivering soulful melodies, massive basslines, and driving omni-tempo beats that are sure to bring you to a state of euphoria. Jasha began producing music at the age 16.  Venturing into the production of future-bass music in 2004, he spent most of his time exploring the roots of hip-hop, psychedelia, and the science of bass frequencies.

Space Jesus heads the  NJ bass/glitch crew Planet Cognac. Formed in early 2011, the crew has evolved into a combo tornado of hard glitch by Bartlomein, ridiculous remixes by Mikey Likes iT, and Space Jesus’ psycho-crunk-junt. Check out all of their music on Bandcamp! Too many hidden gems in this huge collection of explosive bass-heavy production to even count em’.” ~Detective Flanders

“Rob Uslan grew up inhaling In-N-Out burgers and soaking up the sun in Los Angeles, before spending the past four years training as a wizard-like producer in the Allston neighborhood of Boston. He welds “traditional” IDM, ambient, noise, psytrance, and trip-hop which, as you can imagine, produces a nearly indescribable sound.

A clear difference between Supersillyus’ style and that of his IDM predecessors is that he is not afraid of sounding lighthearted, or downright silly- as his name suggests. Unlike some of the UK’s gods of IDM, Supersillyus’ mind is set on making an audience dance, smile, and think of funny thoughts- while still upholding that mad scientist-like electronic composition.” ~Ranchsauce

NJ based EDM producer Bart Tyrpien aka Bartlomein weaves melodic synths, funky samples, and glitched out bass to create his west coast inspired beats. His musical development started when he began learning piano at the age of 9. Since coming to the U.S. in 1997, Bart found his niche with the guitar and played in two indie rock bands through high school. In 2004, he discovered the progressing genre’s of trance and house after being exposed to the group Shpongle by fellow producer Mikey Likes iT. In 2011, it was their shared goals of producing futuristic, bass driven electronic music that drove Bart to collaborate with Mikey and Jasha Tull aka Space Jesus to form the Planet Cognac collective. His music now is a combination of glitch-hop, lazerbass, and dubstep, keeping the tempo in the mid-range while showing his soulful side through the use of funk samples and brooding harmonies. Bart’s live sets are a flurry of glitches, stutters, and edits which add to the complexity of his already highly technical music. Being one of the only producers of his kind on the east coast, the name Bartlomein is one you won’t soon forget.

Bringing you the FRESHEST beats in the NORTHEAST