The motto of the week was “No sleep ’til Brooklyn”- a Beastie Boys song that perfectly applied to the mentality of the Disco Biscuits fans, who would loyally attend the band’s last shows of their East Coast Planet Anthem Fall Tour in Hampton Beach, New Hampshire and two shows in Northampton, Massachusetts before attending the band’s surprise show at the Brooklyn Bowl in hipster-ville Williamsburg, Brooklyn. However, unlike Hampton Beach or Northampton, the focus of the Brooklyn show would be the Disco Biscuits long awaited first installment EP, ironically named “On Time.” How would Bisco fans react? Would the Disco Biscuits let them down?

With the promise of chicken and Biscuits, bowling, every kind of Brooklyn Lager on tap, and a free copy of the On Time EP, diehard Bisco fans were more than determined to attend this show. The first tier of tickets that went on sale on biscotixtoday.com sold out in 30 seconds. Yes, 30 seconds! The second tier of tickets that went on sale through Ticketfly- the Brooklyn Bowl’s ticket website- sold out in one minute. This was a good indication that the Brooklyn Bowl was going to be packed with the Disco Biscuits’ most devoted fans. 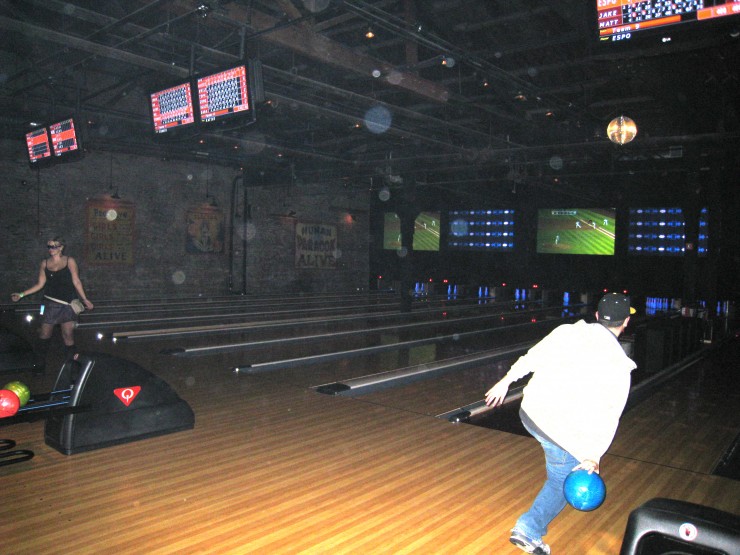 On the very chilly night of the concert, Bisco fans were wrapped around the building in a line that was longer than Robert Downey Jr.’s criminal record. In other words, Bisco heads came to get downey! After the long wait, fans were finally able to enjoy all that the Brooklyn Bowl had to offer. This included giant flat screen TV’s showing the Yankee playoff game, 16 bowling lanes, a stage, two bars and sit-down eating. The thunderous cheers and roars from the bowling lanes proved that Bisco fans were definitely enjoying themselves.

When the Disco Biscuits came on stage, their crew placed signs at the front of the stage that read “instead of leaving drinks on stage, leave diesel for Brownie”- bringing new meaning to packing the Brooklyn Bowl. The Disco Biscuits opened with “Loose Change,” which they debuted two days before in Northampton. The very slow and drawn out “Loose Change” did not pack the proper opening-song punch a Bisco fan would expect from a single on the new EP. For the remainder of the first set, the Disco Biscuits played “Pimp Blue Rikki”> “Mindless Dribble”> “Minions”>”King Of The World”>”Mindless Dribble”>”King Of The World.” After the first set Bisco fans charged the re-entry doors for a quick breather outside. Outside the general consensus on the first set was that it was not anything special compared to the last couple of shows. However, fans remained optimistic and returned to the venue anticipating the next set with utmost excitement. 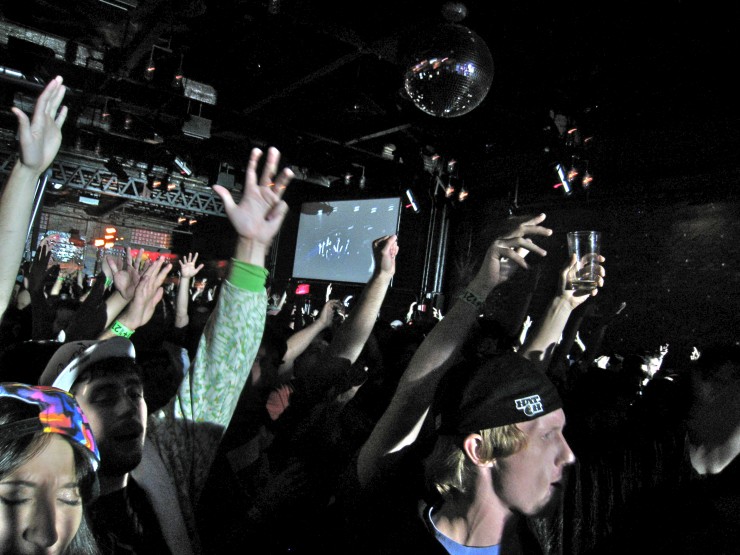 The Disco Biscuits opened the second set with a new song, “On Time”, named after their new EP. Magner stole the spotlight with his vocoder skills that drastically morphed the sound of his voice. Despite the fact that “On Time” contains certain cheesy elements- with escalating guitar rifts reminiscent of 1980’s repetitive poppy lyrics, and no raging peak- there is no denying that the song is inescapably catchy and energetic. The Disco Biscuits raged the rest of what would be an amazing second set with “Save The Robots”>”Basis For A Day”,”¿Donde?”,”Mirrors”>”Save The Robots”, and “I-Man”. Naturally, after a Disco Biscuit set with such drive, Bisco fans wanted more. The Disco Biscuits properly encored their Brooklyn show with “Rockafella” and with one last awesome rage ended their On Time EP release party. Once again, Bisco fans rushed the doors of the Brooklyn Bowl except this time it was to get a free copy of the On Time EP. The Disco Biscuits surely did not disappoint, as everyone who attended had a raging good time. 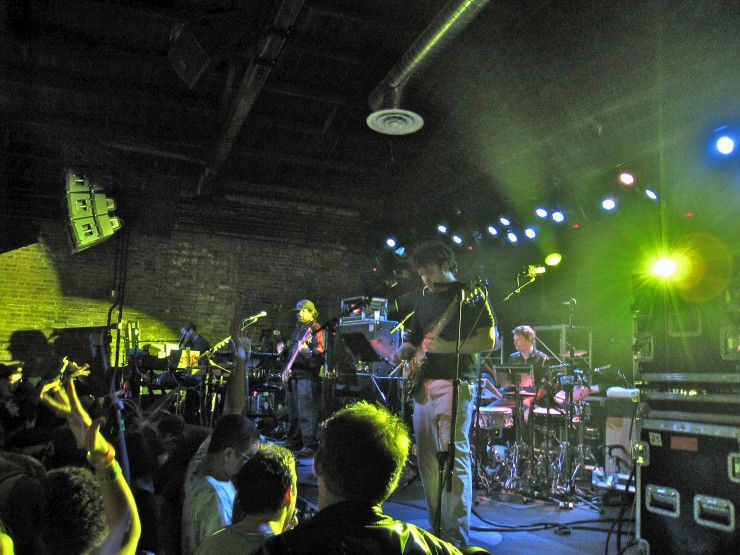 InfinitiRock (Chester Anand) has just begun his ascent. This young, but impressive producer out of…