Brendan Angelides is an artist who doesn’t just study music. He researches sound. As abstract producer Eskmo, he has taken his sweet time getting cozy within a sound that suits him. That sound just happens to be an eclectic combination of electronic stylings, classical composition, and driving beats that succeed in setting whatever mood he sets out to create. His long awaited sophomore album, Sol, perfectly illustrates the extent of the exploration Eskmo has done within the world of sound these past 15 years. His work with the LA-based experimental orchestra, The Echo Society, is evident as the whole album carries the warm overtone of a string ensemble. Eskmo is very skilled at painting vivid imagery with sound, combining natural recordings from around the world with driving rhythms and the ambient feel that he’s honed over his career-long exploration in ‘setting the mood’. 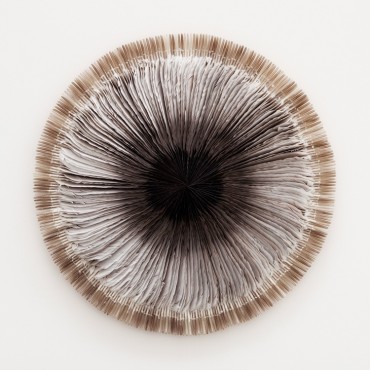 “I…wanted to write an album that sounded like the Sun..,” said Angelides in a February interview with Dazed, (Dazed, February 2015) “…The sun is a drum – I specifically was inspired by this idea, that our whole entire existence on the planet seems like a huge thing, but imagine zooming out and seeing our sun is just a singular drum hit…”.

The idea  of illustrating the sun progressed into an illustration of the human condition, as events unfolded within the artists life. The large scale cinematic opening tracks “SpVce” and “Combustion” give way to the melancholy “Blue and Grey”, which features Angelides on vocals in an unexpected divergence from previous work. His somewhat hokey lyrics are balanced out by the tribal-esque rhythms and natural sound samples, saving the mood of an otherwise too-literal song. The grinding, industrial sounding “Mind of War” has a beat that is reminiscent of his early work, but with a bit more swagger via the jazzy lyrics. The midpoint of the album, title track “Sol” and “The Light of a Thousand Furnaces” stretches over 11 minutes combined, and varies with such intensity that it becomes overwhelming at times. “Sol” sounds both primal and futuristic, with glitchy overtones described by Eskmo as his interpretation of “the sound of humans tinkering” (Dazed, Feb 2015).

“The Light of a Thousand Furnaces” dives into experimental territory, switching and layering genres as an artist would layer color. The glitchy syncopated opening gives way to an expansive track that builds on itself with multiple layers of electronic and organic sound. The track is characterized by classical influences and an ever increasing rhythm that begins very paced but transitions into a heavy hitting backbeat. The midpoint of the nearly six minute track sounds like a strange combination of hardstyle and a string quartet- something that can be somewhat jarring for a bit, but all good abstract art should catch your attention.

The album deliberately cools down after the epic peak, with “Feed Fire” invoking a palpable bittersweet emotional response, the surprisingly successful lyrics invoking the feeling of loss and acceptance simultaneously. “The Sun is a Drum”, the literal concept for the album, seems like an afterthought, with rapidly transitioning rhythms and lyrics that are dwarfed by the previously expansive tracks. The album’s final track, “Can’t Taste”, ends on a very soft and sad note, as Eskmo proves his artistry by sculpting sound to invoke vivid emotion. This made listening to the album a bit draining, as the mood dramatically shifted from intense to melancholy to uplifting as quickly as the tracks (most hover around 3 minutes). However, Eskmo seems like an artist that is most comfortable when experimenting, and we will all be waiting with anticipation to see where those experiments will take him next. 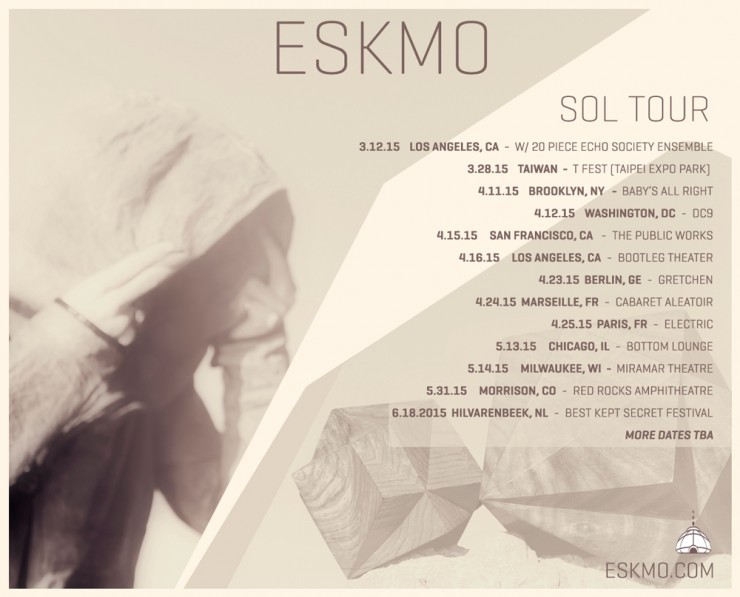 From the Lost in Sound / Use Your Head family to yours, may your 2012…