Biolumigen (Chris) has blown me away ever since I first stumbled across his music. He brings an organic, psychedelic, and cosmic flow to his music that is like none that I have ever heard. His music makes you twist, groove, and just let loose to the cosmos as you shift more and more into an enlightened state of mind.  If you have the pleasure to meet him in person, you will just want to listen to his music even more. A very humble, kind, and deeply intelligent light being is what lies inside the man who creates these masterpieces of music. You can feel his connection to the flow of all that is (and is not) as he expands your mind with every layering of sound.  If you haven’t heard of BioLumigen yet, now is your chance… 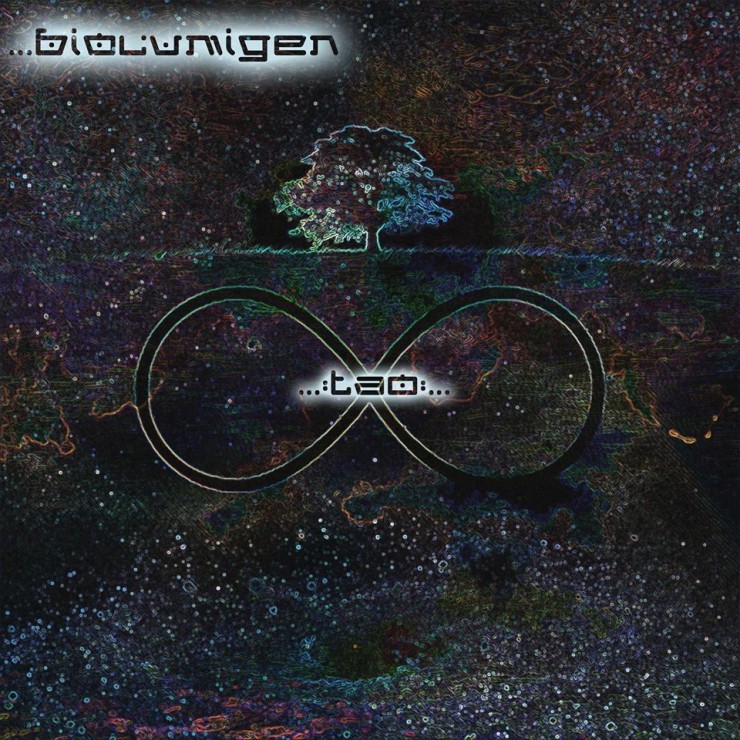 Where does your inspiration to create the music that you produce come from?

Chris: Inspiration…where to begin: the cosmos, dreams, the Earth, the sky, the water, the trees, life, the abstract infinity that beats at the heart of the nature of reality and an innate drive to understand and interface with that infinity. I think that this music comes from something that is within myself but also completely beyond myself and it is unveiled and developed through an intricately symbiotic process that results from the synergy of those two aspects, collecting and reflecting, which are really just the same thing in all actuality. I think that it is my part of the process to discover these seeds of sound that seem to drift constantly through the creative ether and to plant them and find out what they need to nurture them to help them grow and become the fully realized musical organisms that they want to be. In that process, it’s all about the flow of the sound and supporting the development and fruition of that flow. Where do the sounds want to go and what do they need to get there? I think that this whole process of the evolution of momentum facilitates an adventure to unravel within the music and open up for the exploration of the imagination, facilitating the potentiality for the body and for the mind to have an experience through that sound.

I had an experience a long time ago in which I briefly interfaced with a hyperdimensional consciousness and in that moment, I experienced this music that was something completely beyond anything I had ever heard. It was so futuristic yet also completely ancient, it was beyond time but also existing in time, as music does, it was so wonderfully strange. It was almost like the veil was pulled back for just a second and I could hear what was on the other side. It left me imprinted forever with this thing and I instantly knew that I had to try to bring it back and share it in this reality.

A few years later, this initial experience (and thus the sound that I was involved with) was augmented with another, in which I had this profound vision of a music that in one sound, represented and honored the Earth and all of the cultures and creatures and landscapes that come together to form the body, mind and heart of the Earth. A music that transcended the illusions of separation between the people, the animals, the plants, the oceans, the trees, the everything. A music that brought people together from all over the world for each of their cultures were properly honored and unified with each other to create something that isn’t “this” music or “that” music but is Planet Earth music.

All these things seemed to be inevitably leading towards this and everything that is beyond it, I guess I just have not tried to get lost along the way…

I feel that music is a vessel for potentiality through abstract symbolism. By utilizing sound to attempt to express the ineffable, it is possible to succeed in sharing transcendental ideas, emotions, concepts and much more in a different, more experiential kind of way. One that may assist in the understanding of that which is beyond understanding, not beyond experience, but beyond the conceptual realm of the human reality and into the realm of the Infinite, the realm of dreamtime, where the Divine Imagination flows forever into an eternal moment of absolute being and non-being. I think that this sonic symbolism is a proper channel to convey that which is truly transcendent and is quite effective at reaching numerous peoples at high volumes. Plus, it sounds cool 🙂

Your name, bioLuMigen, means “that which brings the light of life into being.” Can you explain what this means to you and how you came to choose this name?

The name for this project came about around five years ago, on a day when I had been watching documentaries about deep sea creatures and the history of psychedelics. In each of them, they broke down the latin roots for certain words, specifically “bioluminescent” and “hallucinogen.”

To me, this consists of a multi-lateral symbology that simultaneously represents the creation of the breath of life and thus the genesis of experiential reality and the fathomless spectrum that flows throughout it. Furthermore, as the genesis of a more metaphorical light, a luminescence within, that may catalyze and facilitate one’s path to the fruition of Enlightenment. As a symbol, it seemed to be a quite appropriate linguistic device to represent this sound and everything it was inspired by.

“The Tao that can be spoken is not the eternal Tao

The name that can be named is not the eternal name

The nameless is the origin of Heaven and Earth

The named is the mother of ten thousand things

Thus, constantly without desire, one observes its essence

Constantly with desire, one observes its manifestations

These two emerge together but differ in name

The unity is said to be the mystery

Mystery of mysteries, the door to all wonders…”

Your new album is named “Tao,” which means “way” and expresses the infinite essence of the universe that is beyond words. How do you feel that these new songs “Sage”, “The Awesome Machinery of Nature”, “Ten Thousand Things”, “Continuum Infinitum” reflect the “tao” that is within you and also within the listeners that you are sharing your music with?

The Tao is traditionally learnt by those who observe the flow of Nature. Thus, through absorbing the lessons of it’s intricate dynamics, one may realize the complex simplicity that is discovered and indivisibly inherent within all things,; unifying the entire totality of the Cosmos.

In these pieces, a series of sonic spaces opened up that grew to flow within their selves as individuals and also as a whole, with a common concept connecting them all together. The evolution of these sounds became this movement that is super lush and intricate in some elements, but also simple and deep in others. [This] to me ultimately represents the essential nature of Life that flows throughout you and me. It flows through absolutely everything and is the source of the polarities that come together to create this experience and ultimately dissolve into the infinite; expressing the intrinsic nature of the eternal, primordial moment through sound. 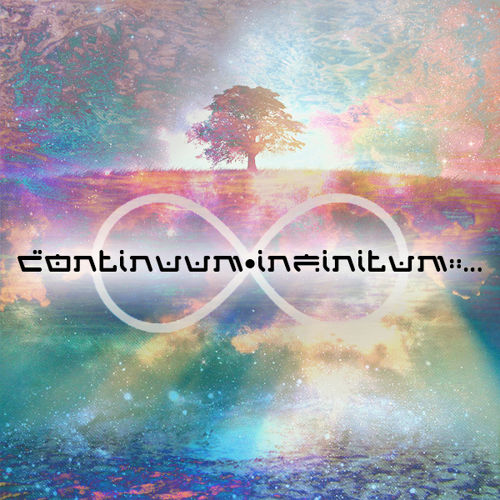 In your already posted track “continuum…infinitum”, you have quite an enlightening quote about how we are all so closely connected in the description;

”we are all simply drops in the ocean of infinity, intricately linked throughout the spectrum of eternity… .

..nothings begins because nothing ever ends…

for every essence is an aspect of something that is greater than the sum… letting go of everything together…we flow into forever: continuum…infinitum”

Where is this quote from and what does it mean personally to you?

This is something I randomly wrote when I finished “continuum…infinitum”. To me, it’s about the interconnectedness of all things that lies at the heart of infinity, beyond space and time, beyond beginnings and ends, beyond everything and nothing… With this unifying essence in mind, ultimately one can speak of a complete Oneness, a totality of which all things and no-things manifest. As this Whole releases from the illusion of “concrete reality”, it reintegrates with it’s original form of infinite formlessness, and thus is liberated into a flow of pure potentiality. Throughout life and death, day and night, dreaming and awake, all cycles, it is all just a continuation of this archetypal essence through the manifested forms of the ten thousand things. 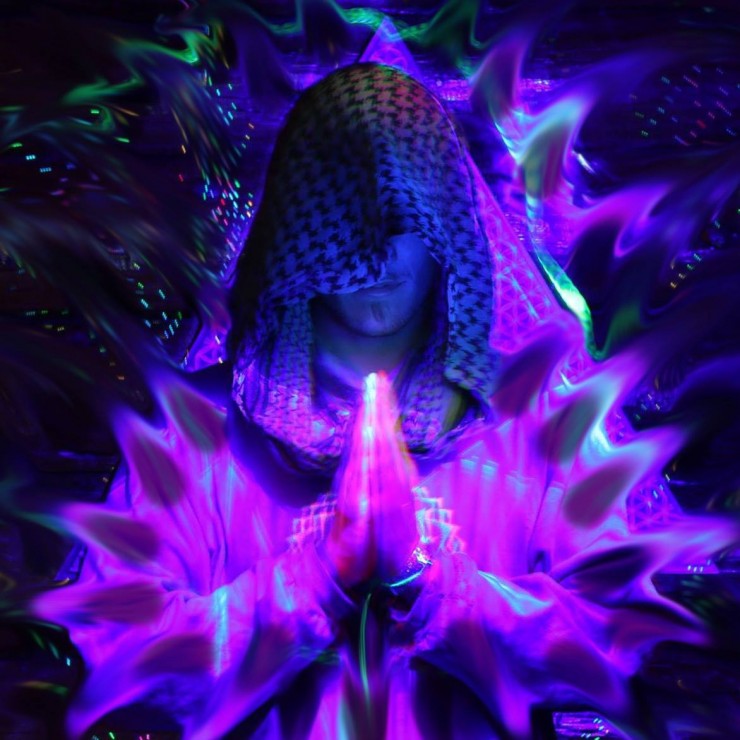 Now I am going to talk about an experience that I had at one of your sets.  While you were playing a sunset set at the Hummingbird Stage at Sonic Bloom last year, you had around 200 birds flying in spirals to land in their nests that were located in the barn that was behind the stage you were playing on.  Those birds created the most epic natural visual experience that I have ever had during a live music set.  It was quite a beautiful scene to watch and I am just wondering if you have ever seen a video of it or had others tell you about how unreal that experience was for them?

Ha, that was a fun one! What an honor for Mother Nature to step in with the alley-oop… for real! I have seen a video of that and I’m just blown away that all the birds were rocking out so hard. It was and still is so cool to hear about people’s experiences that occur whilst the tunes are jamming and this one was especially awesome. All of the homies were super amped on the birds, so cool. Thanks to the Earth for that one (and everything else too). _/|\_

Here is a clip of part of that experience during Sonic Bloom 2014: https://www.youtube.com/watch?v=8h9vEUYCEmU

Thanks so much for talking with me, it’s been real 🙂

I just wanted to give a massive shout out to everyone who is reading this: Thank you so so much from the bottom of my heart, I am so grateful to be able to share this music with all of you wonderful entities in this realm and in others. I hope you all enjoy this collection of sounds! So much love and appreciation for each and and every one ∞ <3

Eelko is the moniker for Boston based musician and producer, Chris Carchedi, who’s new album,…