Halo Refuser’s new album Into Your Layers is so good, that at about ten seconds into the first song, I had to stop playing it on my laptop just so I could plug it into my speakers as to fully immerse myself into the soothing, funky, and melodic beats. Listening to it pulls me into a different world in my head where I am swimming through the whomps, wobbles, clicks, ticks, and the symphony of sounds that are being presented note by beautiful note to my ears. As I listen closer, Halo Refuser uses an echo effect that brings me to feel like I am traveling through some sort of other worldly cosmos during this audio adventure. I feel as if I’m journeying through another realm while being hypnotized by a space funk orchestra.

Listening to Into Your Layers really allows you to see into Asher’s musical background and into a different style of music. This is the first album that he has ever used his own vocals on, it’s great to see a musician use any sort of instrument that they have in their performance on the stage. Listen to the new single and read the interview below to gain insight into the musical prowess of Halo Refuser. 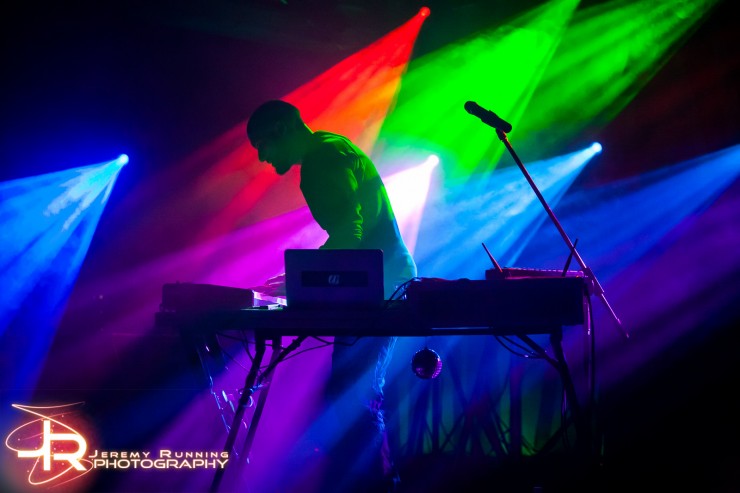 What is it that has most inspired you to play the type of music that you play?

I make a LOT of different kinds of music, and so I would say my inspiration comes from a desire to keep changing, learning, growing, and being inspired to reach for new things artistically. Having grown up as a piano player from age 4 with a classical, jazz, blues, folk, and rock background, making electronic music *at all* was itself was part of that same inspiration to grow and explore the boundaries of music and the intersection of styles and influences. That being said, my appreciation for techno, disco-related styles, and hip hop-based music is relatively new in my life (in the last 15 years), so even my electronic music is deeply affected by this instrumentalist bias; most everything has a “humanized” element to it, and I prefer realistic sounds mixed in with my synthetic ones. And my music just wouldn’t be “ME” if I didn’t include a fair amount of focus on the keyboards… Every track has some sort of “played” keyboards element.

The name of your new album is Into Your Layers. Exactly what layers are you transporting us into when listening to your music?

The album title certainly carries multiple levels of meaning, which is in keeping with how I like to do things. On the first level, it’s a line from the track “Folding Me Up,” which is about the enveloping and healing power of love and how trust in allowing yourself to be healed by it is the only way it works. The lyric speaks of “folding me up into your layers,” “your warm embrace,” “feeding me shelter”… So these would be “layers” of emotional wrapping. But on another level the title is referencing the 9 tracks of the album and a sort of invitation to go on a journey into your OWN layers of being, as well as a bit into MINE as this album is a bit more personal and vulnerable than my previous releases. The music is also very layered, so it’s partially referencing that, as well as a less subtle sexual reference. 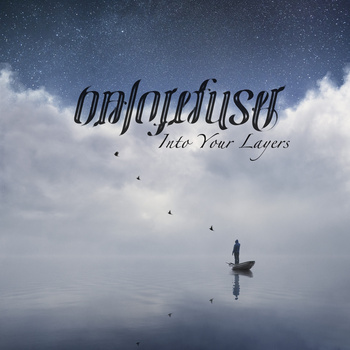 How would you say this differs from your albums in the past?

The main obvious difference is the vocals… I’m singing on 4 of the 9 tracks on this album (there were two others that may come out as lost B-sides someday). And while that *is* a big difference, the music still retains that Halo Refuser experimentalism that was the original focus of the project. But while Halo Refuser began life 5 years ago as a repository for the music that was too experimental, aggressive, or abrasive for my old project Surrounded By Ninjas, now it has become my one of my main artistic focuses so naturally it is beginning to reach further into the world of the beautiful while still aiming to maintain it’s experimental roots. This album also strays pretty far away from the more conventional EDM tricks of builds and drops as well as having noticeably less wobble bass and next to no laser sounds. I’m still experiment with making stuff like that, but I’m really proud of how much this album feels like an artistic expression rather than dance floor/live-set fodder. That being said, 7 of the 9 tracks on this album have been staples of my live set for more than a year so the album is definitely movement-oriented overall and very danceable, contact dancers and ecstatic dancers in particular have responded very positively to this music. But it’s not big room club bangers, that’s for sure.

You already collaborate with my friend Jack Yaguda on the saxophone and it sounds absolutely brilliant. If you could collaborate with anyone on a track, who would it be, what kind of track would you produce, and why?

I love working with Jack! Despite being 15 years apart in age we seem to really jive personally and musically, and he has a wisdom beyond his years. And we both play tabla (him better than I). Oh, and we have the same birthday. Amazing! But I’m EXTREMELY lucky in that regard. We could sit and talk for hours about all the amazing musicians that I’ve been fortunate enough to play with and work with over the years, it’s really kind of intense and amazing. But there are certainly a few that are atop the list of heroes I’ve yet to meet. If I could get David Gilmour playing guitar on a track with me that would be a dream come true, as it would to have Trey Anastasio in my studio. I’d really love to work someday with John McEntire and the Tortoise crew in Chicago on a record, maybe something drum+synth focused. And it goes without saying (or does it?) that I’d love to spend some one-on-one sound design time with Amon Tobin, that would be amazing. 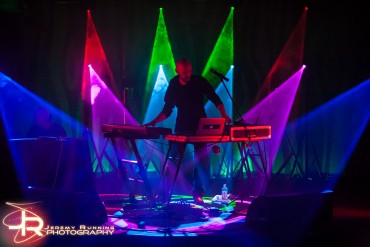 I caught you live at Wormhole Wednesday in Oakland, California a couple weeks ago and you played an amazing set. What was the name of that crazy instrument that you play and how many other instruments do you play?

That is the Melodica! It’s a bit like a harmonica but with keys, or like an accordion that you blow into; it has reeds. I think of it as the portable piano… Easy to bring to a campfire! And good for dubby melodies, sounds GREAT through a bunch of delay and a glitchy Kaoss effect. Of course, I’m a professional piano player and as you now know I also sing, but you might not know I’m also an enthusiastic drummer; I actually play drum kit professionally for Rena Jones in her live band, and anyone who knows me knows I’ll always volunteer to get on the kit at a jam session. I also play “campfire guitar,” which means I know the basic chords and power chords, but no inversions and I can’t solo. I also played bass in a band for a while, but didn’t love it as much.

Your music is very different. I would say that it is in a genre of its own. If you were asked to classify what type of music you create, how would you answer?

Thank you! Like most music these days, mine is a blend of my influences and intentions… it’s not genre-less but it’s also not easily classifiable. Some words I most commonly use are “midtempo glitchy dub breaks.” But it varies, sometimes it’s trip hop, downtempo, whompy bass music, or even jazzy dubstep!

You use your own vocals for the first time on an album and it sounds great. Have you ever collaborated with a female vocalist, and would you be open to it?

As a hired-gun keyboardist I’ve definitely worked with many female vocalists, including Ashleigh Flynn, Crystal Bowersox, Kate Gaffney, Lila Nelson, Jaya Lakshmi, Tina Malia, Zahira, Sasha Rose, Kyrstyn Pixton, Lynx, Audio Angel, and many others… But recently the idea of working with beats and female vocals has come up several times. I’m definitely someone with more ideas than time, and I often have a backlog of projects that I want to do. Maybe it’s time to move the Halo Refuser + female vocals album up the list! I’d really love to work with some female producers on some remixes as well. 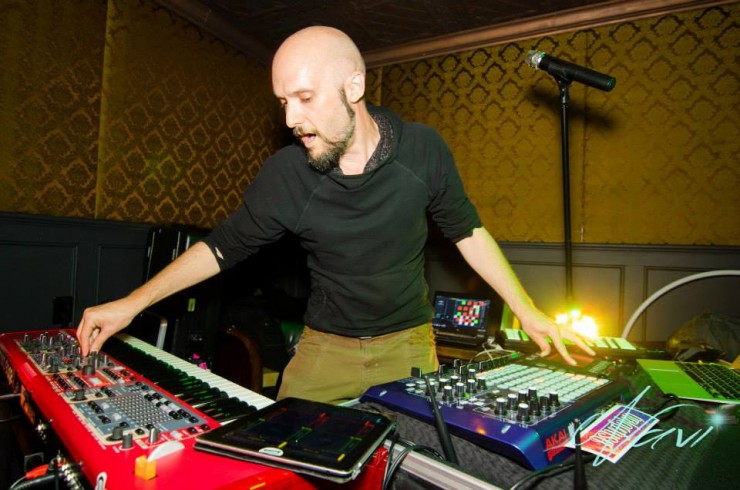 Tyler Gibson has been writing and DJing electronic music for nearly a decade. He has…