An extravaganza is defined as an elaborate and spectacular entertainment or production.  I could not think of a better word to describe Northern Nights Music Festival on Cook’s Valley Campground in Northern California from July 17th-19th.  The event takes place right on the beautiful Eel River and is surrounded by serene forests and epic mountainsides.  The producers keep the event capped at around a few thousand people, even though the festival is held on the same land as Reggae on the River where tens of thousands of attendees show up. I feel like they do this to give the event a comfortable, relaxed, and easy going flow instead of being an event that is just jam packed and causes people to stress. With the combination of people partying on floaties all day at the River Stage, people dancing their booties off to the amazing Void sound system all evening at the Main Stage, the Off the Grid Stage letting people boogie late into the night with a Silent Disco, and the always captivating Grove stage to play in out in the forest; it’s very rare to see anyone who is attending ever show any feelings other than complete bliss and total satisfaction.” 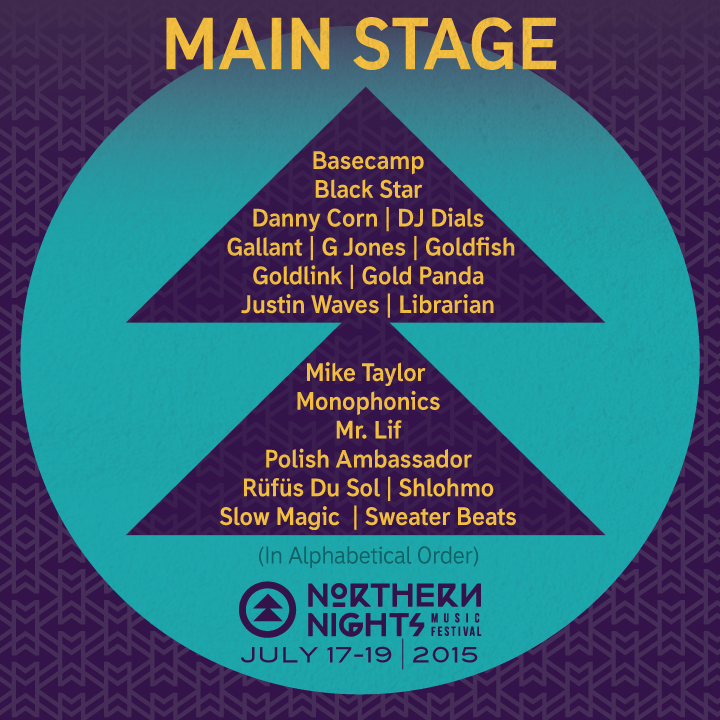 Once you hear the Void Acoustics Soundsystem that Northern Nights uses on the Main Stage. You may not ever want to go back to listening to music on anything else. The highs, mids, and the lows are perfectly balanced without losing any of the thumb. The producers and sound engineers work together to collaborate on creating an atmosphere that is sure to make you move, groove, and let loose with the music. Artists not to miss on this stage include Black Star, with Mos Def and Talib Kweli combining to bring some conscious underground alternative hip hop; Gold Panda, playing all his music live off of old school analog controllers; Shlohmo, who is touring with a live band to accompany his deep bass beats; G Jones with his unique psychedelic spacey take on trap music; Rufus Du Sol, a live alternative electronic group from Australia; The Polish Ambassador and his unforgettable stage presence and worldly, glitchy funk; and Slow Magic, an artist who wears a crazy glowing wolf mask and who uses electronic drum controllers to accompany his music. 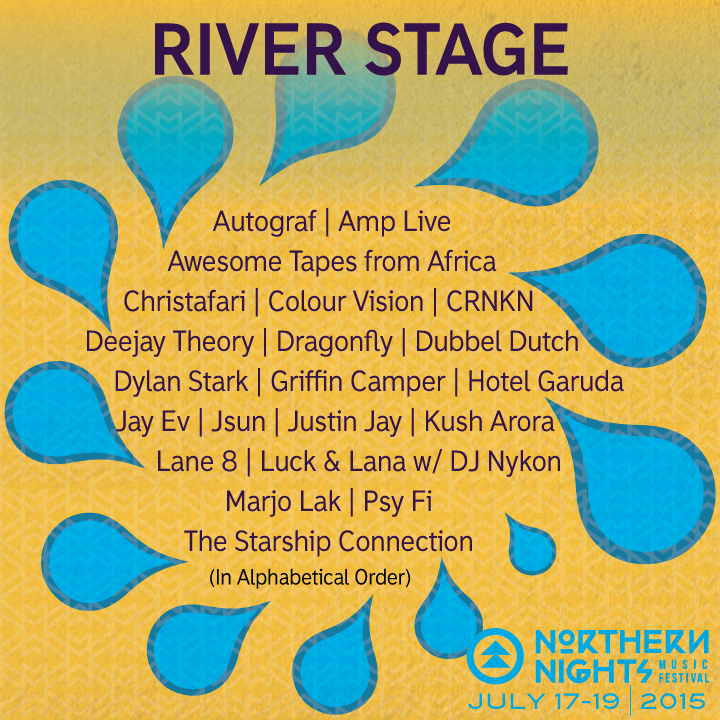 The River Stage gives Northern Nights attendees the opportunity to escape the heat while still having the option to party. The Eel River is spectacular and offers clean flowing water to keep you cool throughout the day.  The mini Void system at this stage is loud enough to carry the bumping beats to those who can’t seem to leave the comfort of their floaties in the river. Be sure to get down by the water to catch Autograf, Amp Live, CRNKN, Deejay Theory, Justin Jay, Lane 8, Psy Fi, and Dylan Stark; who just recently premiered an exclusive Northern Nights mix through LostinSound. Be sure to give it a listen and download it for free!

Off the Grid Stage 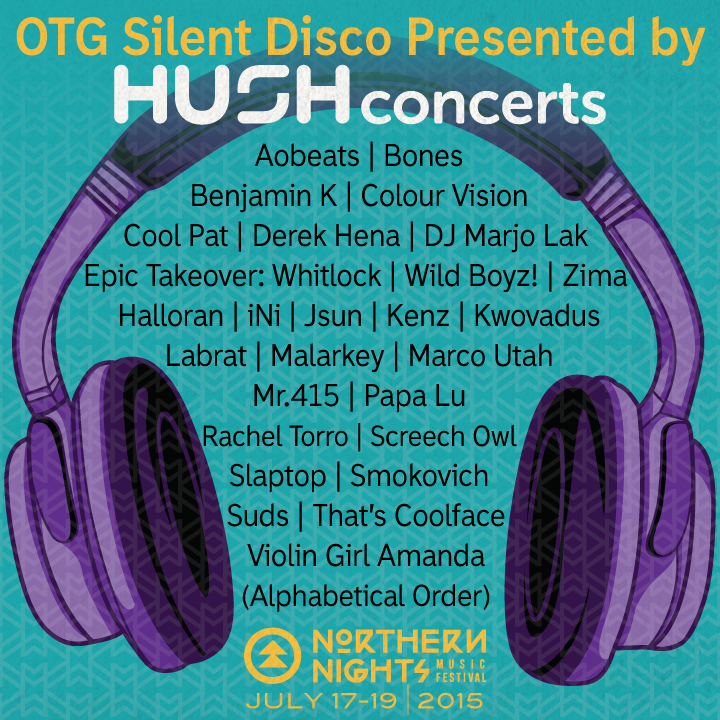 Northern Nights attendees can keep raging late into the night thanks to Hushconcerts‘ Silent Disco on the Off the Grid Stage. Once the music ends on the Main Stage, cruise across the field and get hooked up with some wireless headphones so that you can keep your boogie on ’til the sun comes up even though the festival is forced to cut off its amplified sound at 2 am. Silent Disco’s are always a fun, wild, and outrageous time. Just looking around and watching everyone move and groove in their own bubble is quite the site to behold. If you aren’t too tired after raging all day, be sure to stay up and make it over to the Off the Grid Stage to catch Aobeats, Labrat, Malarkey, Slaptop, and Violin Girl Amanda just to name a few… 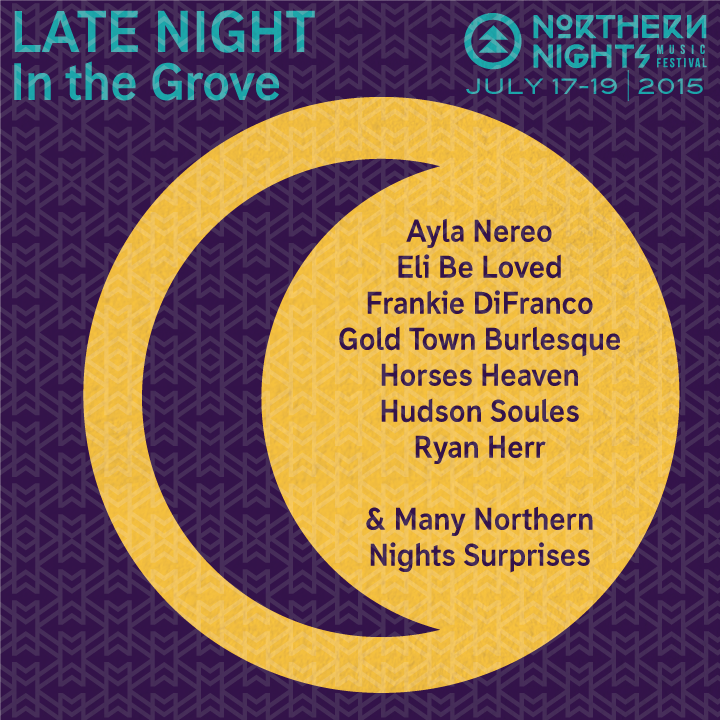 Late at night, semi-hidden in the lush forests of Northern Nights, there are a variety of eclectic acts for the eyes to see and for the ears to listen to out at the Grove Stage. This is quite a wonky and wacky area where one can catch anything from Ayla Nereo melting you with her soft, soothing, and enchanting voice; spoken work poetry; stand-up comedians getting your tummy to giggle from uncontrollable laughter; or even see a entertainer sit on a bed of nails while holding another bed of nails on top of him, all while a woman stands on him and plays the accordion. The things that occur out at the Grove Stage are so outrageous that when you tell people about what you have seen and heard, they may not even be able to believe your stories. 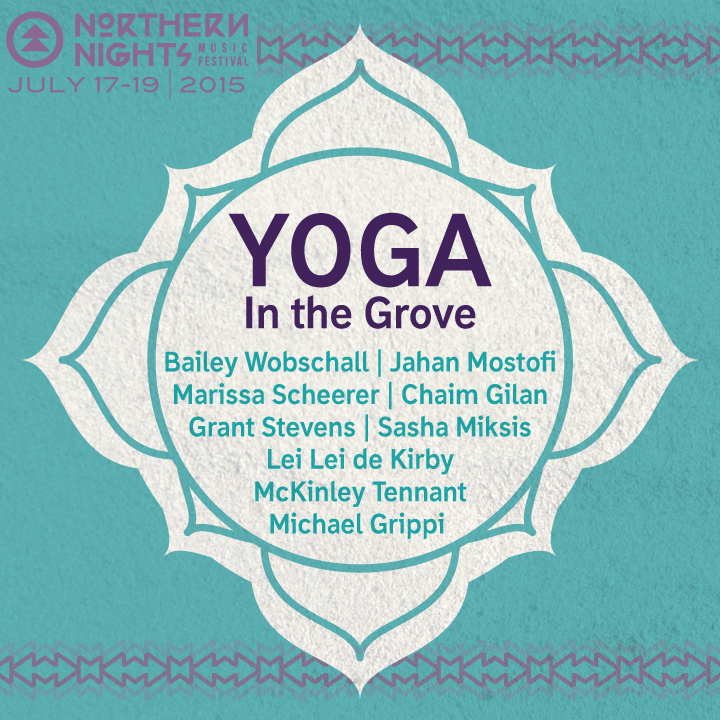 The Grove Stage also offers a variety of yoga classes from amazing yoga teachers throughout the day.  So whether you are an experienced yogi, out of your yoga practice, or have never even tried yoga ever before in your life, you should be sure to come out and give yoga a try.  Your mind, body, and spirit will thank you… 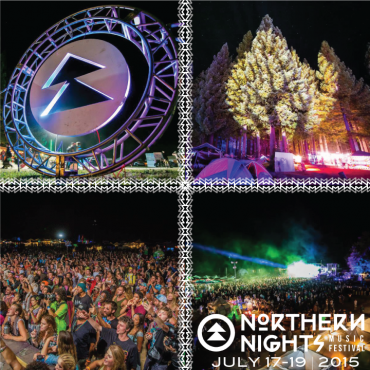 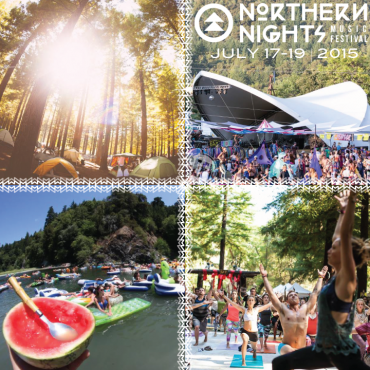 Get down to our Soundcloud playlist previewing the good beats to come at Northern Nights Music Festival this year!

Get your Northern Nights tickets here before they are all gone! 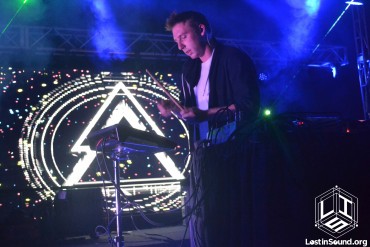 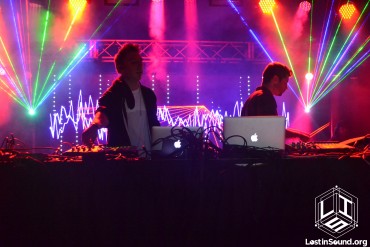 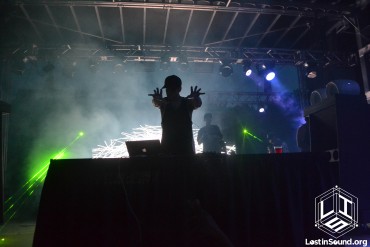 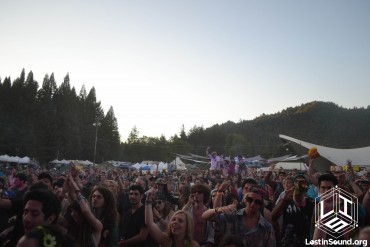 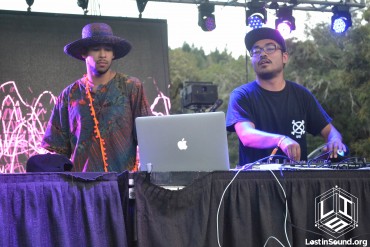 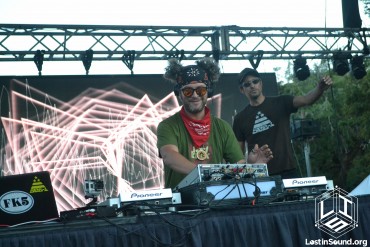 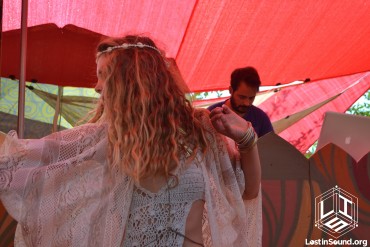 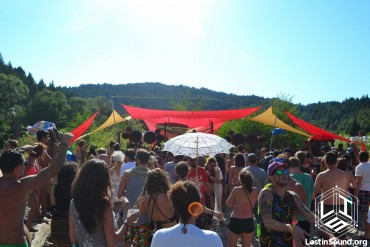 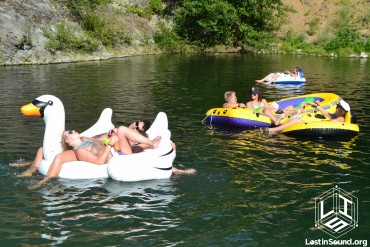 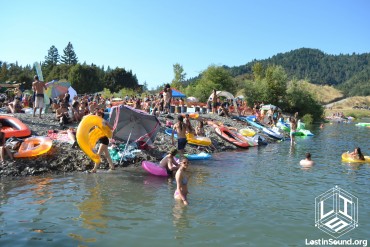 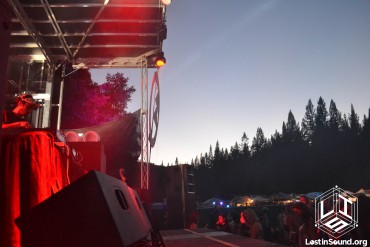 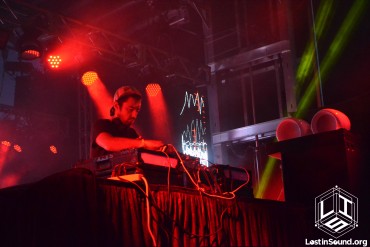 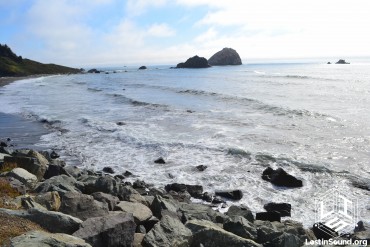 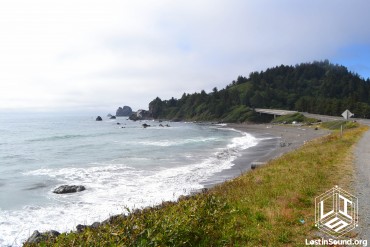 Greetings, Tribe. We are now eleven days away from the gathering. As always, we refuse to…