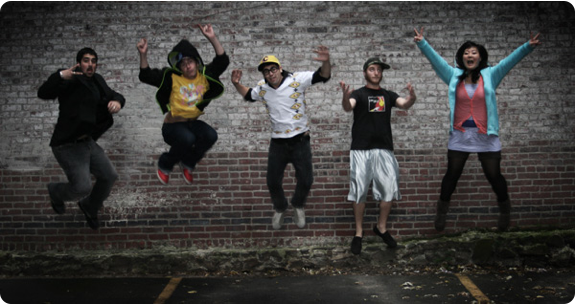 For a musician, what could be better than making a career out of creating music? How about doing it with your best friends? That’s exactly what goes on in the Fameless Family. They are a tight-knit music collective from Boston, composed of 6 artists whose do-it-yourself business tactics represent the future of the music industry. This music collective is truly a family business, as these artists manage, produce, record, promote, write, illustrate, and perform all of their own original work. From a business standpoint, the do-it-yourself technique is economical and allows for artists in the Fameless Fam to enjoy complete self-sufficiency without sacrificing the creative control of each individual.

It is due to the Internet, as well as to the dissemination of new media, that music collectives such as the Fameless Fam are able to raise awareness and gain popularity via homepages, social networks, blogs, and streaming content. The Fameless Fam’s ability to embrace the impact of new media in the music industry puts them at an advantage and provides an opportunity to compete on the same level as record label powerhouses. It allows them to maintain a solid backbone in an industry that has about as much stability as a sober Courtney Love. The Fameless Fam, along with each individual artist, has a Facebook, MySpace, and Twitter page that are frequently updated with new content. I’m sure it’s only a matter of time before they develop a Smartphone application too.

Since October, the Fameless Family has consistently released one new track per week on FamelessFam.com for a total of 13 fresh cut tracks so far. Each new track release is more inventive than the previous one. At this rate, there’s no telling what the following month will bring! The multidisciplinary strategy of the Fam focuses heavily on the combination of a wide spectrum of genres, ranging from the nostalgic instrumentals of older-school producers such as J Dilla to more contemporary, unique, and emotionally raw underground hip-hop like Atmosphere, for instance. So what’s next for this family of Renaissance artists? In this exclusive interview with LOSTinSOUND, the reader will gain insight into what makes the roots of their super-heady family tree so strong.

2. Who came up with the idea for the name Fameless Fam? Would you change your name if you become famous?
FF: Fameless was the name of Will’s family’s Canadian local clothing store. That name  began to encompass so much more as time went on. It became an ideology once the Fam came together in college. Now, it holds what we are in  it… famelessness, making music without the ‘fame’ of our name attached  to it. Faces and people blow up, sound is invisible, so sound is  always fameless, really. So, if you take away the things that take  away from that, all you are left with is what is, the nothingness of  everything… and that is Fameless.

3. What makes the Fameless Fam so unique or different from other music  groups- labels- records?
FF: Our label can’t be labeled. It is a collective focused on getting  music to people, when a label is focused on monopolizing income from  an artist. We aren’t trying to sell or push anything in a business  sense, it is just a hub for ears to gather and celebrate/relate to  music. Though making money and turning our music into a business to  live off of would be the greatest thing in the world, it is still not  the foundation of what Fameless is. If it becomes that, then we will  call us a label and see where that goes… but for now, we prefer the  term “music collective”.

5. How often do you all collaborate with each other?
FF: When the atoms of inspiration are in our lungs, we might all start  making noise in a circle. Some of us might start rhyming, some will  beat box, or clap, and then switch. Basically, we are usually making  lots of noise when we are together… Our constant co-existing is  collaboration.   We discuss ideas for songs all the time, the songs happen and actually get written and performed as times goes on. And of course our main collaboration projects are partyboobytrap, Ambivillains, and Robocorpse.

6. How different are all your styles of music?

FF: Different in product, similar in roots. For example, all of our  individual styles of solo songs sound completely different. Papa Bakes may sing something that could have you in tears of laughter, or rap  something to make your girl dance. Virtue tries to make people feel or think.  EJ3 can twist your mind and play music for hours, it’s fascinating to  watch.. captivating. And Exquisite… well, he’s on another level all  together. He’s built from so many diverse and true influences that  his sound can be an amalgamation of all those things without seeming  like any one of them. But the roots of our different sonic spectrums  all revolve around the same core. Friends, Fam, love, life, stress…  regardless of the influence, it’s very honest. We would say our  styles all differ, but our honest take of expression and putting  ourselves on the line is the same. That’s what makes it so easy and  pure to work as a group. There are no secrets or anything hidden.

7. Is the Fameless Fam bound to the Boston area? If you took the Fameless Fam out of Boston would it be the same?
FF: They say location is everything… they say home is where the heart is… Boston is where we started and where it will end if it ever does.

8. If there are dreams of relocating- where and why?
FF: We’ll relocate after college maybe. To where, we don’t know. We don’t think any of us are really in a huge rush though.

10. What would you say is the greatest thing you all have in common? What is essentially the greatest difference between all of you?
FF: What we have in common could be the love we have for each other. The difference would probably be the things we love. However, we all love music the same amount. We are all serious about music in the sense that we treat it like it’s the only thing that matters in the world, and everything else is not as important. Which can be a bad and a good thing.

11. Who in the group plays the most instruments? How many?
FF: Earl probably beats Danny by one or two instruments. Earl plays the drums, guitar, bass, piano, and he beat boxes. There’s no competition though. We give credit where credit is due.

12. Does the Fameless Fam care more about live music or studio work and why?
FF: Both. We are all producers, so studio work is important yet how we present ourselves live is just as important. We like to have personal connections with our fans because it makes a huge difference in how they perceive our studio work.

13. Do you guys have a home base studio? If so, where?
FF: Haha, yeah, in our home. Come to Allston and we’ll give you the tour.

14. What do you guys find is the best way to promote your music?
FF: Word of mouth. There’s nothing like real-time communication. And also stickers on everything. There was this one time we were playing a basement  party in Allston and Jenny showed up with hundreds of hand drawn  stickers. By the end of the night you couldn’t blink without seeing  one.

15. What do you think will give you guys the edge over other bands?
FF: We care about what we say, and thus we say what needs to be said.

16. How many shows have you played? Any favorite shows that stand out?

FF: We’ve done a good amount of shows on campus at Emerson College. In the past couple months, we’ve played with Business for Pleasure at the Middle East. However, our favorite show was  playing on Halloween with AG, OC and RA the Rugged man because it was the first time our full line up performed on stage together.. and that  is a beautiful thing.

17. Do you have any plans to tour with other groups?
FF: We would love to do a tour where we collaborate live with another band, rapper, or DJ every night to bring the hugest amount of groove we possibly can.

18. Where do you all see yourselves in 5 years? 10 years?
FF: Hopefully under a pile of lyrics and beats we’re working on and finished.

19.  If the Fameless Fam could choose any color, food, drink, number, car, animal, cartoon character, and noise to represent them what would they be?
FF: Color: red, obviously

Noise: Sonic boom hitting a crash cymbal. Which falls on a gong. 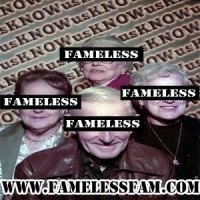 2010 promises to be the biggest year yet for the Fameless Fam, with the new partyboobytrap album Entrapment releasing next week, a Fameless Fam show at the Middle East on January 27th, the new Ambivillains album and production Intergalactic Transfer Students taking place February 4th-6th at 8:30 PM at the Calderwood Pavilion in Boston, a new Robocorpse album in the next couple months, and the new EJ3 Robot album (Not) Postage Stamps due in early spring. Below are links to download and stream favorite Fameless Fam tracks. In addition, the Fameless Fam gave LOSTinSOUND the exclusive rights to play the never before released track “MMann (Secrets of Gentlemanism)” off of the new partyboobytrap album Entrapment, so make sure to take advantage of this sneak peek. With a smart business model, raging beats, proper attitude, heady lifestyle, tons of stickers, and the right amount of melted cheese and hot sauce the Fameless Fam is on their way to achieving an unlimited amount of success.

NCR based, Zomato is the food finding application that lets the foodies to find menus…