Jake Atlas, better know as Thriftworks, released the third and final portion of his three part album series, FADE FADER, FADEST on 12/1/14. With 57 tracks released in less than month, it is easy to say that Thriftworks has been busy. Over the past year, he has shared stages with artists such as STS9 and Bassnectar. Under the management of Sylvie Barnett, Atlas has recently switched agencies from Street Ritual to DTagencyLA.com  (Distinguished Artist Agency); a brand new boutique agency out of Los Angeles owned and operated by Barnett.

A true sonic pilgrim from the mystical forests of the west coast, Thriftworks stays true to his signature sound with this album trilogy. In our interview, Jake highlights the importance of the role the Internet has played in his career and shares what it is like to make a living as an independent artist.

This trio of albums creates an enchanting sonic environment with both deep bass and atmospheric melody. Symphonically combining opposing elements and beautifully crafted vocals, his production is minimal but at the same time also bursting at the seams. There is a trademark use of delay on his percussion, with tight synths, and dreamy ethereal vibrations throughout.

Tracks like “PAD FUKKK” showcase his use of polyrhythms with twinkles of Tycho style bells still suiting for the dance floor. It is a beautiful ambient soundscape that seems to capture a timeless nostalgic feeling. 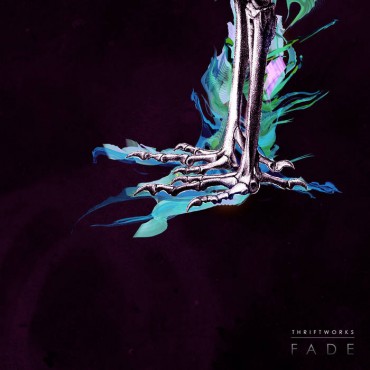 Top 3 Tracks off of FADER:

Top 3 Tracks off of FADEST:

Whats your take on social media ?

Jake Atlas: I want to keep providing for people, following patterns. I definitely love to meet people and interact in person to hear about the crazy stuff they go through listening to my music. I could probably do with spending a little more time connecting with my fans and taking the time to say hi.

It has been some time since you last released music, what were some of the inspirations/experiences in life that have affected your album?

As far as what inspires me, it’s really just everything… that is the truth. From girls to personal issues, to family, to fucking anything. At any point if I feel like there is  something that’s fresh, if it struck me, I’m going to sample it. Whatever happened, it’s a current reflection of a state of mind or emotion…

If I’m joyous, some crazy shit went down and I’m more elated, then its going to come out more happy. If I’m sad, its going to come out sad. I’m always buzzing up top, thinking of new ways to keep it fresh. It’s been a crazy year, and I’ve never had such a long period of time without a release. I just wanted to give folks a grip of material, and show that I’m still working and still having fun. Kind of swinging for the fences on this one.

I definitely love it all. That is one of the beautiful things about this job, is having the ability to travel and see different parts of the country and world. Let it a be a festival, a somewhat small club, or a House of Blues, or fucking Red Rocks… I really love them all. But one of the big things to me is what’s happening with the people. If there’s good energy, emotion, and back and forth with the crowd… that’s always the best, when people are feeling it. And that’s what helps get me locked in. Lately I feel like I’ve been lucky to have been getting some really enthusiastic people.

I think its about finding a halfway point between not giving a shit, but also giving the utmost of shits. Because yeah, you have to do you, and I know that’s what’s brought me what little success I’ve found. It’s definitely about maintaining you. That’s the only reason I’ve been able to do this, because I’ve done me very exclusively.

I’m waiting for the right label to release on. I want to release with a label that I mesh with aesthetically. I’d love to release on Project Mooncircle out of Berlin, Warp, Planet Mu, Alpha Pup, and Brainfeeder … everybody and their mama wants to release on Brainfeeder. Once the right one comes along, I will take my opportunity, no hesitation.

As far as making a living, its all touring. There’s a rare musician who’s making their money of album sales. Bandcamp has been a good supplementary income.

I’ve had an amazing relationship with my agent Sylvie Barnett [at Street Ritual], we’ve had our ups and downs but always kept one another’s best interest at heart. We go with integrity and work symbiotically, we’ve got a great thing going on. We make a healthy sustainable living, and at this point I’m fortunate enough that I don’t have to be constantly gigging. I can be a little more choosey with what I take, since the money has gotten a bit better.

Were you a creative child?

I used to go into the local bamboo forest with a saw and my hand-me-down jeep Cherokee, and I would saw down tons of bamboo, take it home and use wire tape and glue to make sculptures. Stupid shit like that. So, yeah definitely, I was always creating. But if taking a dougie down the creek with your boys and popping off an M80 firecracker is art, then were definitely artists back in the day.