You can download ‘The King of Limbs’ now if you so wish!

Thank you good people for waiting … Have a great weekend wherever you are….”

Radiohead has released its eighth studio album, The King of Limbs. The release was scheduled for Saturday, but the trickster troupe decided to let the cat out of the bag a day in advance. The band teamed up once again with legendary producer, Nigel Godrich to create the album. For the next few weeks, the album will only be available through the band’s Ticker Tape imprint but will experience a general CD and 12″ vinyl release on March 28th.

My first thought after playing this album on repeat a few times is that the band utilizes both the newer sporadic and digital In Rainbows style while revisiting some of the darker, acoustic buzz of Kid A or Hail to the Thief. Thom Yorke’s vocal effects are intoxicating, at times it sounds like there are a hundred of him moaning (check out “Feral”.) I couldn’t help but notice the looney interplay between Phil Selway’s drumming and the rest of the band’s precise secondary percussion. The album moves from quicker and louder songs unto slowed and quieter songs. The final three, “Codex”, “Give up the Ghost” and “Separator” linger in the mind like so many Radiohead tracks do. They would fit well on Amnesiac or  The Bends. There were no songs like these on In Rainbows. With the new global and national turmoil, I think that we need this album right now. I can’t say why exactly, but something about Radiohead brings us together through our individual emotion. 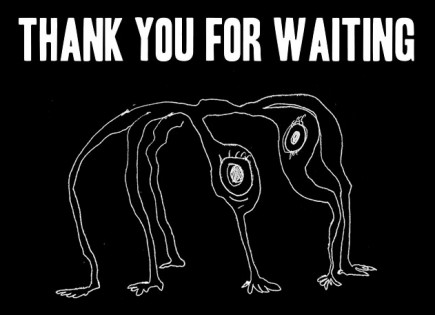 Radiohead’s new record, The King Of Limbs, is presented here with a choice of two digital formats:

FRACTAL FEST 2015 | PROMO from Hayley Carloni on Vimeo. When it comes to festivals…