Ryan Viser  has the type of old school sound that sends chills down your spine. The American born trumpet player and electronic music producer has a classic vibe that evokes a warm, sunshine-y feel. Live instruments are becoming more and more popular in electronic production, with many well known acts incorporating saxophones, violins, or the infamous keytar. Each comes with its own appeal, and Ryan Viser with his trumpet is no different, creating a mood that takes listeners to a smoky club in 1940’s New Orleans. Combining original production with hip hop favorites, his live performance has lit up crowds around the U.S. Ryan Viser seems to provide audiences with exactly what they want. His music is both light and airy but heavy at the same time, a weird juxtaposition that comes from combining classic Louisiana jazz sounds with trappy electronic beats.

Check out this video from a recent performance at Cervantes in Denver, CO this past February.

Ryan has been on the radar for a while now. In 2014, his track “Steppin Up” won the Management’s Choice Award in The Untz Challenge V, which gave him the rare opportunity to play six major music festivals including Electric Forest, Wakarusa, Sonic Bloom, and Summer Camp. He’s released two albums, in 2015 and earlier this year, both of which capture the same smoky classic vibe he’s becoming known for. His characteristically Louisiana sound has been evident through his past work, most notably on his 13 track album “Metamorphosis” released earlier this year, as well as his quirky collection of remixes from 2015. If you’re a fan of brass infused bass music, Ryan Viser is worth a listen. 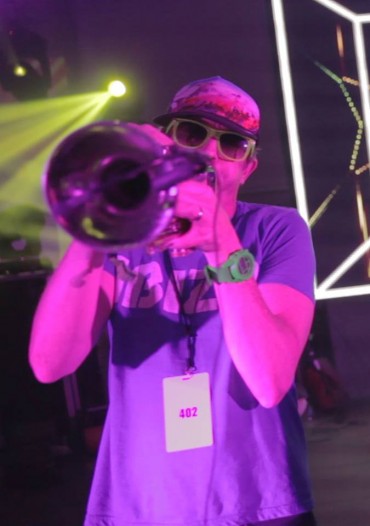