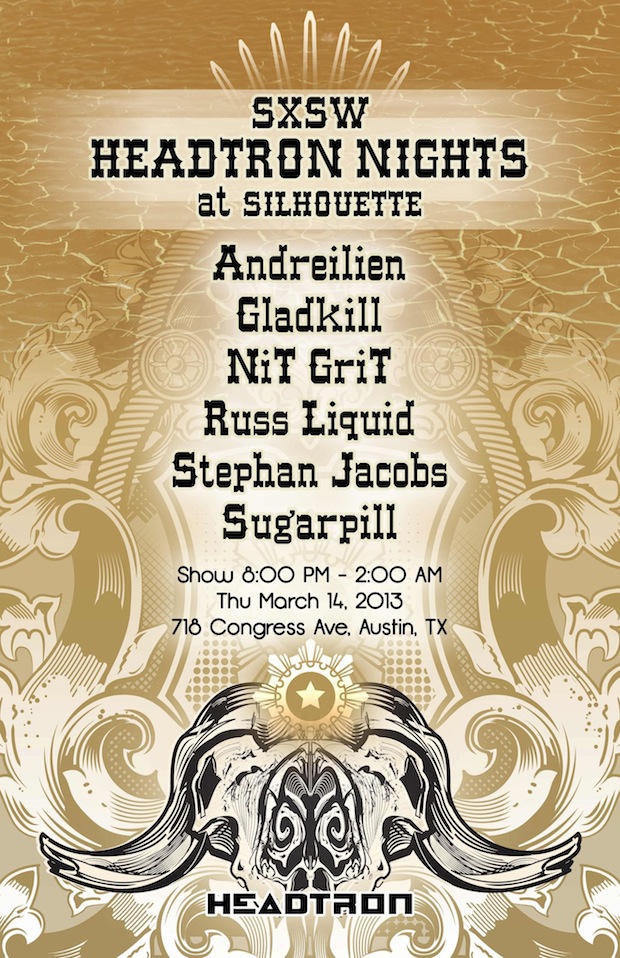 The Headtron conglomerate stationed in Los Angeles, California is on the forefront of sound, making waves across the nation with artists on their roster such as Sugarpill, Gladkill, NiT GRiT, Stephan Jacobs, Russ Liquid, and more! All of the Headtron Disciples are apart of Creative Artists Agency, and are each independently successful and well rounded artists whom all do something unique of their own. Anywhere they go you can always expect a cutting edge visual and  multimedia experience to accompany the music, and possibly getting fancy to pop bottle or two! This year, these highly creative and intelligent visionaries will be in Austin, Texas for The South by Southwest® (SXSW®) Conferences & Festivals (March 8-17, 2013). SXSW Music is the largest music festival of its kind in the world, with more than 2,500 official live bands, solo artists and DJs playing in more than 100 venues. They will be representing the west coast underground bass music and festival scene with their very own “Headtron Nights Showcase” at Austin’s Silhouette Bar.

“What began as a booking agency in 2010 has evolved into a much larger platform for navigating the current music industry landscape. Headtron’s connections run deep in both the underground community as well as within the mainstream entertainment industry. Each of the artists that make up the collective believe in working together to create something special in the dance music scene and they help to push one another to reach their full potential. For the Headtron family, it’s always been about the pure love of music and that burning passion is continually poured into everything they do.”

Headtron will also be in Miami this year for Ultra Music Festival and the Winter Music Conference. Catch them alongside Mimosa, GRiZ, Paul Basic, Michal Menert and more at Mekka Nightclub on March 23, 2013! 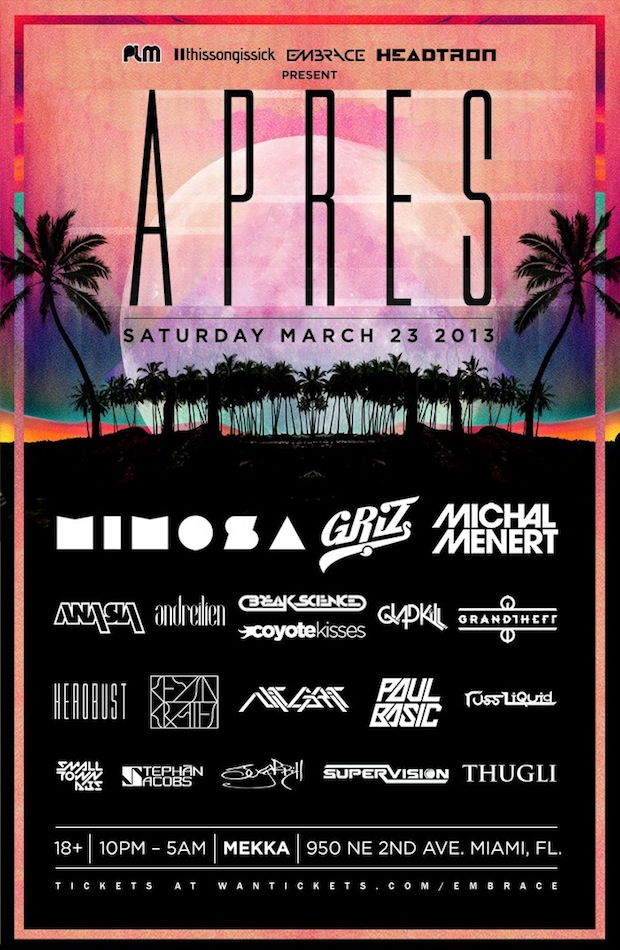