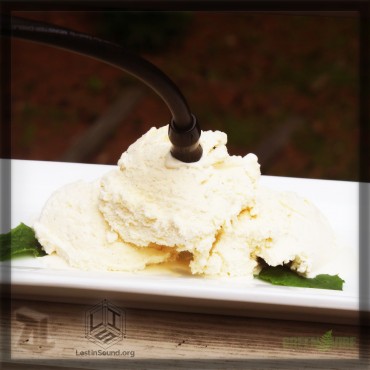 The evolution of musical collaboration is always worth paying attention to. Two minds are often more interesting than one. When talented ears converge, the resulting sound is both novel and appealing, forging new sub-genres with each partnership.

Producers Jeff Blair (The Light) and Austin Rogers (DJ Pinecone), is one such partnership that came about in the last year, now known as Zoo Logic. Both artists bring diverse taste and musical backgrounds to the project: one a long time fan of rap and former hip hop artist, the other hailing from the world of industrial edm and rock. The convergence of these, when combined with a mutual appreciation for funk, results in a smooth sound worthy of your ear. Zoo Logic sat down with us to discuss their first year as a duo, their new A La Mode EP (exclusive Lost In Sound release), and their upcoming performance at Wildwoods Music & Arts Festival (August 14-16, Page Farm, Croydon NH—Saturday @ 6:30P-Electric Peel Stage).

How would you describe your sound as Zoo Logic?

Austin – It is a mixture of all electronic elements, that combined, make similar remembrances of future bass, future funk, IDM with some glitch tendencies.

Jeff – I definitely agree with all of those, although I also think that with every release we’ve managed to venture further in different directions in terms of genre. Every new tune we start is going to be an experiment until it’s finished, and I love it.

How did you start working together?

A – Last January, I experienced the unfortunate passing of my father. Jeff was in the area at the time and when I needed to get away from it all I would go and hang out. We got to talking about maybe working on some tracks together. We wrote 22 tracks in six months. It is nice working with Jeff because he has more ambient, pad-based melodic tendencies, while my background is the more heavy, bass-driven style. It has all truly come together beautifully to make something I never thought I would be a part of.

J –  Like Austin mentioned, we starting hanging out a lot around the New Year, as I’m living on the Seacoast of NH and that is where Austin’s from. It was super refreshing working with someone who knew their way around music production as much as I did, and someone who had a completely different approach to music. After we cranked through those first couple of songs, we realized we had something good going on and we needed to give ourselves a name.

Jeff, You started out in Hip Hop, how did you make the jump to electronic music?

J – I started rapping when I was 15 years old, listening to everything I could get my hands on, from 05’ Lil Wayne to Bone Thugs -N- Harmony, to all the older classics from Rakim to Biggie to Outkast and everything. Fast forward to Kendrick Lamar, Big K.R.I.T, and J.Cole, I actually put out a short mixtape when I was 19 called Words that basically went nowhere and I realized that it was because the production was lacking – I had some good verses but I was rapping over YouTube beats, and that needed to change, so I started to piece together my own music using some samples and basic software instruments. I remember around the time I was a Freshman in college (Plymouth State!) when Pretty Lights and Rusko became like the two gods of this music none of us had heard (we were pretty sheltered, and my knowledge of electronic stopped at the music video for Aphex Twins’ ‘Windowlicker’). All of this started to come together late Sophomore year, when I was realizing that I could actually write interesting music that didn’t need words. Out of that whole concept, I started my journey towards full on electronic music production.

What are some of your biggest musical inspirations?

J  – Lots of 90’s and early 00’s rap production – from Organized Noize (Outkast) and Dr. Dre and the West Coast sound to Premier and the NY sound, and nowadays I’m listening to a lot of melodic IDM type stuff from Blue Sky Black Death to Dorian Concept and Flying Lotus and everything in between. Though this was probably the hardest question out because I immediately thought of a million names, so I just grabbed the CD’s in my car.

Tell me about A La Mode, your first EP.

A – It’s a true story from Zoo Logic to the listener.

J – We wanted to put a small collection together to give people a proper intro to Zoo Logic, rather than a hodgepodge of random tracks on a SoundCloud page.

That’s some title! What does it mean?

A – Well I think Jeff and I have our own interpretations, mine being that I had some apple pie –  a la mode, and it just seemed right.

Has working together changed your respective tastes or styles? What have you learned from each other?

A – I came into this project appreciating all styles so nothing has changed there, but I have definitely learned patience in writing and not trying to force certain aspects of my contributions.

J – Austin’s actually gotten me super into house music recently, so we have a lot of track outlines that have a more house feel to them, which is cool because whether we release them or not, it’s still a nice exercise to write stuff out of your comfort zone. I’ve learned a lot too, different techniques for sound design and composition that I would’ve never thought of if I was working alone.

You’re playing Wild Woods Music and Arts Festival, which goes down August 14-16 at Page Farm in Croydon, NH. Who are you guys most excited to share a lineup with?

A – Ott for sure, and Space Jesus.

J – Everyone, I mean c’mon we’ve got lespecial going directly into the Schlang Worldwide Secret Band….Ott…VII (peep his new album ‘Farewell’ – dude is crazy)..Moses…Snooze…and I really am stoked to get to share the bill with some GreenVibe Entertainment bands that are good friends of mine, Harsh Armadillo, Stop Tito Collective, and The Tercet.

Thanks, Guys! See you at Wild Woods! 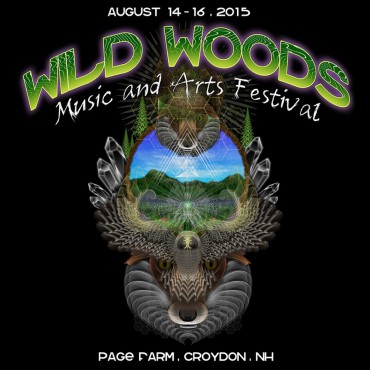 After a two year hiatus, Symbiosis Events has reincarnated its revered Symbiosis Gathering for Summer…