Purchase Weird Science on iTunes
or on Beatport

Too $hort. EDM. Yes. This is happening. And guess what: it’s on point.

Weird Science, released by MalLabel Music out of Oakland, California showcases the work of 10 emerging electronic music producers. The production on the main track is by El Diablo, who is also behind MalLabel’s biggest selling track & the label’s theme song, “Rollin With My Crew.”

The album also prominently features Oh Blimey, a San Francisco rapper known for her ruthless yet finely crafted rhymes, as seen in this knockout battle on Grind Time, an ongoing rap battle that showcases talent coast to coast in a head to head spit game. Oh Blimey had this to say about getting this album together with the rap luminary:

“Too $hort is a legend, not only in the Bay, but in rap music, so when I was invited to be on a song with him, I channeled my 16 year old, Short-Dawg emulating self, and wrote the trillest verse I could. I had big shoes to fill in a slot next to him, and I was humbly honored to get the opportunity to do so thanks to the positive impact I’ve made on MalLabel music and the SF EDM scene. I really look forward to seeing this release’s reach. It’s dope to see the old and new school come together in such a contemporary and innovative way.”

With this release, MalLabel utilizes an interesting approach, one that’s trending in record release world. A single track is offered in raw form to a handful of producers/DJ’s to try their hands at remixes. The whole album is based around the same song, but the range of sounds and interpretations are all over the place. The fact that they’re all sampling and toying with the same foundational track, however, keeps everything tied together thematically. This is a one-stop-shop package for DJ’s who then have a variety of BPM and moods to choose from while maintaining the hook, in this case Too $hort’s line about spaceships is pretty popular, but in others Oh Blimey’s territorial rant is favored. 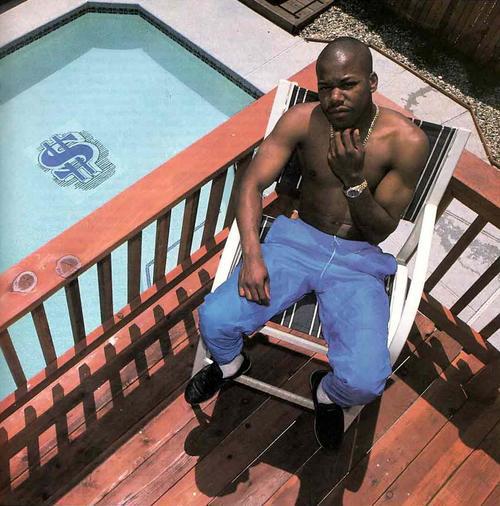 Based on some of the commentary showing up on major hip-hop news outlets, many Too $hort fans seem displeased with the idea of a beloved hip-hop icon getting mixed up in the EDM world. The reality is that most contemporary hip-hop and rap tracks are made with the same technology and similar background instrumentals that now fall into the realm of “EDM,” namely trap.  Too $hort has fun with it, playing on the theme of the 80’s movie by the same name about two dorky underdogs who create a perfect, beautiful woman who will do whatever they want for them.

Highlights on the album are Timmy Tutone‘s bouncy adaptation that integrates the full verses of the original track, AHAB‘s reverberating, pulsing rendition, and Smash & Grab‘s unexpectedly playful, glitchy take. While this faceted approach to an album release lacks the continuity or “story” that a traditional album with distinctly different songs would have, the collection of tracks shows the versatility of MalLabel talent. Too $hort’s willingness to jump across the Bay Bridge pulling in SF talents Oh Blimey and El Diablo speaks to his commitment to  the Bay Area and the collaborative process, not to mention his jump across the genre bridge, signing off on treatments of the original track that range from hard trap to dubstep to future bass, juke, house, and electro.

The tag-team promotional strategy for this album-release style is also multi-layered. The local rap legend Too $hort is showing some love for a young record label out of Oakland. Not only is it an up-and-coming label, but it’s also a new genre for Too $hort’s original audience. The record label gets to showcase a handful of their talented producers to Too $hort’s fans, and in turn those producers get to ride Too $hort’s diamond-studded coat-tails. The individual remixes get spread through the remix producers’ networks which gives Too $hort access to a fresh, and assuredly younger web of listeners, who may not be deeply familiar with his early influence on the rap game.

30 years ago, Too $hort released his first album, Don’t Stop Rappin’.  Since then he has produced 18 albums, including a tandem release with E-40, History: Mob Money, and History: Function Music, both of which landed on Billboard’s Top 100. Too $hort has been a key player in cultivating the West Coast rap style, and has continually embraced collaborative projects.

“A Too $hort/MalLabel collaboration was the natural next step,” explains Mal, founder of MalLabel Music. “After years incorporating hip-hop into our events and our label releases–plus with the rise of trap music–I knew having a rapper like Too $hort on board would work with our audience.”

“Bout my Money” is a track on History: Mob Money that features Too $hort, Turf Talk, and R&B star Jeremih, who recently released an amazing track with Shlohmo, and has collaborated with Cashmere Cat, both big names in electronic music. Genre-leaders like these are finding new and interesting ways to cross over into the realm of electronic music more and more often. We are reaching a point where audiences have a wide range of tastes, and can find synchronicity in the experimental nature of these collaborative projects.

MalLabel is also collaborating with community-conscious clothing line Grassroots California with a limited edition hat that includes a free download of Weird Science with purchase.