See you on the dance floor!!! 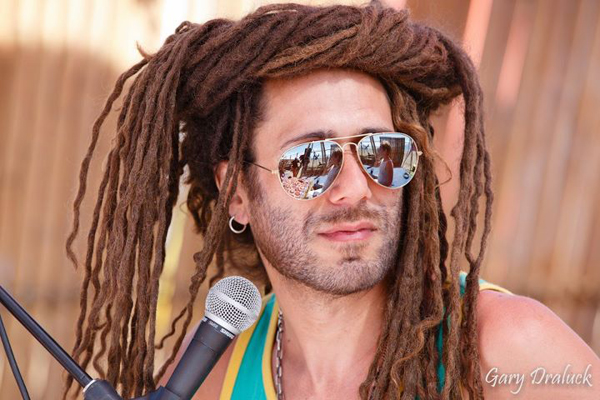 Born in Fiji, raised in New Zealand and forged in the dance music revolution of London in 90’s London, FreQ Nasty started his career in 1998 on the seminal UK label Botchit & Scarper, moving to SKINT Records in 2003. He went on to release a slew of cutting-edge records, collaborating with and remixing a diverse range of artists including Fatboy Slim, Kelis, KRS One, Roots Manuva, Rodney P, Bassnectar, and Reggae legend Junior Delgado. In 2008, he released “Creator”, his crossover hit collaboration with MIA producer Switch and NYC hipster Santogold, and the ground breaking FABRICLIVE 42 mix CD, which was picked as DJ Magazine’s compilation of the month.

He is one of Burning Man festival’s most loved DJ’s, where he brings his signature mix of drumstep, glitch-hop, dubstep, and all things bass-heavy every year. In early 2011, he released “Dread at the Controls” on California’s cutting edge bass music label, Muti Music, which launched the 17-city Monsters of Bass tour with Marty Party and Opiuo. FreQ’s latest side projects to tour the festival scene are the Dub Kirtan All Stars, a live 10 piece band of singers and musicians led by the beats and bass of FreQ Nasty and David Starfire, and The Yoga of Bass, a series of talks given with yoga teacher Claire Thompson, both of which seek to open up the Yoga tradition to underground dance music club audiences.

Far far away in deep auditory space, Heyoka has been abducted, cosmically mind probed, upgraded and reconfigured in an extraterrestrial lab on a planet known as Marklar. Fortunately he has returned almost entirely unharmed, and shall now be known as Andreilien…

Andrei Olenev first emerged as Heyoka on the San Francisco underground glitch/bass scene in 2006. By 2009, he was touring extensively and quickly became a staple sound in the rapidly growing bass music scene of North America. With a constantly evolving, original style, he stood out amongst bass music producers as one who keeps the vibe going strong while venturing to explore new realms of sonic experience. Playing always live sets of his own original tracks, his music has been described as a journey through fractal soundscapes and alternate realms while riding the waves of fat glitch beats and earth rumbling sub bass.

As Heyoka, Andrei released his first EP in 2008, and by 2011 had produced over six albums through San Francisco’s Muti Music, a leader in the glitch-hop and bass music scene. In “Dub Iteration,” Andrei’s newest album and first official release as Andreilien, he revisits the dubby vibe of some of the earlier Heyoka releases with a newer fatter twist. 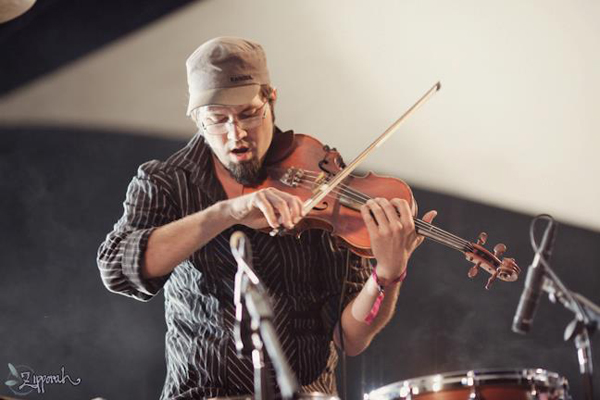 The Golden Lips of Silence (GLOS) is a secret society formed by David Satori of Beats Antique and producer Horse Head Destiny from the ancient walled city of Xiang, deep within China. These two have joined forces to explore the hidden realms of your psyche. They often eat hearty sandwiches from some of the most exotic locations on the planet! Their deep knowledge of the interweb and its transitory circuity is of the utmost importance to those of you who feel it necessary to wonder. One might ask what’s the hush hush all about? Well if secrets could speak, they would drip honey gold love all over you and nothing else would matter. So come closer we have a secret for you. Let’s do this. Enough talkie talk. Time to whisper deep nothings to each other all night long… The Bubble Kingdom will be the debut gig for Golden Lips of Silence!

Toronto-born San Francisco-based producer, performer, and educator ill.Gates has had a long and lavish career in music. DJ’ing since his earliest teenager years, Gates has established a global fan base and enjoys an increasing reputation as a dynamic, definitive, and decisive EDM artist. ill.Gates is rising steadily up the ranks through his many collaborate releases with such industry heavyweights as Datsik, Bassnectar, Ana Sia, Opiuo, T.O.B., VibeSquaD, Mimosa and more. Touring regularly across the globe, monumental ill.Gates sets at signal festivals like Burning Man, Shambhala, and WEMF are memorable experiences and favorite events among fans and DJ’s alike.

Don’t forget to check out Return to the Bubble Kingdom‘s official theme song, brought to you by David Satori:

Return to the Bubble Kingdom (Official)

Less than a month away from the kickoff of SONIC BLOOM 2012, the fourth wave of…