Elev8 Events is a San Diego based event production team quickly making a name for themselves. The elev8 family has become a staple in the city’s quickly growing underground EDM scene. This group is leading the charge, throwing some of the most rage-worthy parties San Diego has to offer. Elev8 started in February 2008 in Downtown San Diego’s Kava Lounge. In the years since then, their expansion has led them to bigger venues such as Spin Nightclub.

Right down the road from Kava, Spin’s unique three story space has allowed for more growth and production value, allowing space for performers, vendors, live artists, visualizers and even movie screenings. All this made possible with the help of Spin’s talent and event director, Tomas ‘Ideal’ Serrano (DJ iDEAL). Although Elev8 still returns home to the Kava Lounge and other more intimate venues once in awhile, Spin remains to be one of my favorite places to see an Elev8 event. 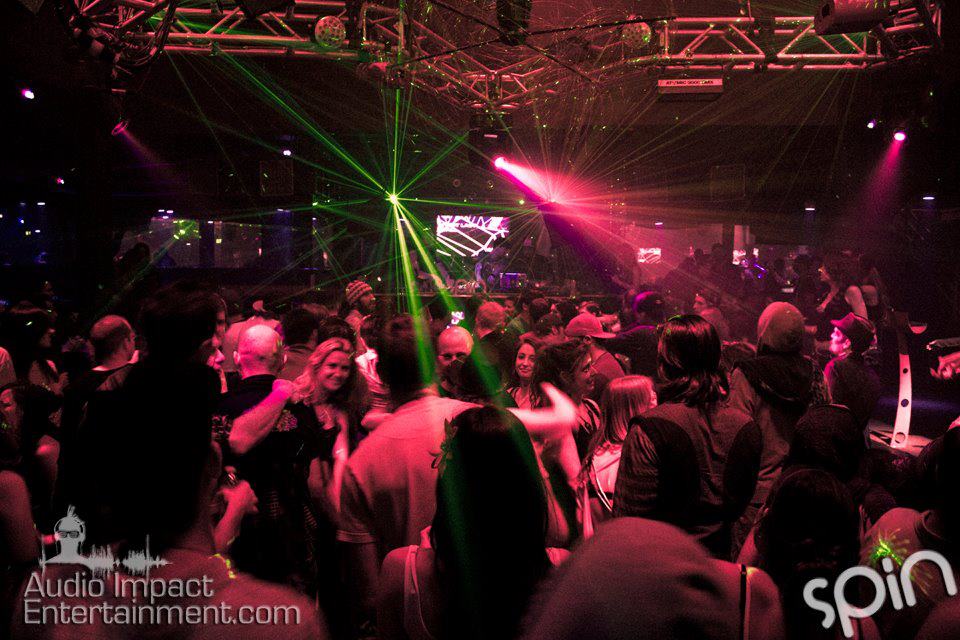 Their events serve as a sanctuary for festival goers, they never fail to bring the conscious community vibe to their shows. Striving to deliver all the finest beats this scene has to offer, they’ve brought in top acts such as Love and Light, Bird of Prey, Govinda, Phutureprimitive, Jantsen, Kaminanda, Prop Tingz, Breakbeat Buddha, Antiserum, J. Rabbit, Downlink, Liquid Stranger, Stephan Jacobs, ChrisB, and Nico Luminous.

Behind all this is DJ/Producer, founder and mastermind of Elev8 events, Joe O’s (Osal8). Recently at one of their shows I had the opportunity to sit down and connect with Osal8 to discuss music, low frequencies, his roots, and future visions for Elev8. Osal8’s beginnings are grounded in the jam band community, just as Lost in Sound’s are. There is no mistaking the fact that Osal8 has paid his dues, putting in hard work to take the leap from live, improvisational music, into the infinite melting pot that is electronic music.

“Coming from a guitarist being into jazz music, improvisational and experimental music… It was a tough transition to go from full on live musician to the full on DJ realm, and it did take a while to get it but I can appreciate it a lot more as an art form…” 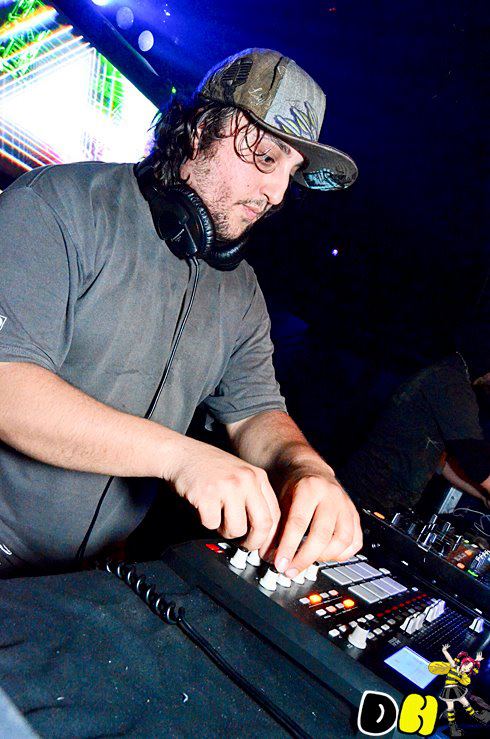 Q. Why electronic music? What was the initial pull toward this style?

A. “Since it was so hard to keep a band together, I got Ableton live. My original intention was only to make some music to play my guitar over but from there on it was like…’Well whats going on over here’….I also would have to go back to STS9, I saw Sound Tribe play the Warfield back in 2003 when Bassnectar was still DJ Lorin… The next day America invaded Iraq and there were mass protests throughout the city. That night we turned the Warfield into the Peace Meadow…  In my mind that was probably the turning point for me when I look back on it, Loren played set break and when he dropped the tracks It was just ‘Wow!’… Seeing him flip through his CD booklets and the way people were dancing to his tunes…the energy of the core burners getting down in San Francisco at that time made me realize that theres something really going on with this DJing thing that not everybody knows how to do.”

Q. Whats important to you when it comes to choosing talent?

A. “Well honestly its always been first and foremost people I respect, people that I think are amazing producers and excellent DJs, and people who I think are really pushing the limits of what true dope, amazing music is in my opinion….Its been the music that me and my close friends admire and appreciate, who we really would like to support and people we want to expose…For me its all about who I think is testing boundaries of cutting edge music… Of course they have to have a solid profile but at the same time I have broken in a lot of people, but mainly it’s what your doing with your productions/DJing and what kind of music that’s being made…. Other than that, there was a stint where we got caught up in profiles… You do the whole thing and get the marketing down but then your left feeling a little empty inside…At the end of the day its all personal, its all preference; but I promised myself that I would never book anyone again that I don’t truly believe is an amazing artist.”

Q. I know you have started working with Headtron, any particularly favorable collaborations between you too?

A. “You know… I wanna give a big shout out to ChrisB…He played our after-hours for the Freddy Todd show we had the other week and he really impressed me…. Right now he’s my favorite disciple, but the whole Headtron crew is amazing. Honestly I can’t wait, they’re excited to work with us and we really wanna’ be a place to showcase them and a lot of their talent…. I feel like they are a great representation of where the music should go… good melodies but still gritty baselines, good ‘psyphy’ music…. I feel like they are on the pinnacle of that.”

Q. What do you see for the future of Elev8?

A. “We just launched Elev8us.com, and it’s all about content….I’ve also been thinking about it for a while and I’m probably going to start my own label, Elev8 Digital. It’s tough, you know, with dubstep you can finish a tune but it’s not going to see the light of day for six months because dubstep is so hot and there’s so many people in the pipeline…. So it’s tough to sustain something sometimes when you’ve got this really hot release over here, but it can’t come out for like six months. Then six months later that sound that WAS really cutting edge, isn’t really that hot anymore… It’s just ever so changing with technology; the plugins, the software, and updates of software. It’s not like software is a static piece of hardware, when you buy an analog synth it is what it is, it isn’t changing… But with software it’s like ‘Hey, here’s this new update… and new LFO, AND new filter.’ So the sound is constantly changing, and with that there’s been some good and some bad. I think that’s whats been so hard for new dubstep labels to make it… Personally, I just want to put out tunes when their done.”

Q. What ideas do u hold close to Elev8/Elev8 Digital?

A. “I’d say the main thing is the concept of Elev8, which is to Elev8 not only the music but your mental state, consciousness, and vibration… Elev8 has always been known as more of a bass music night, we don’t do too much four on the floor, pulsating techno type stuff. We focus more on bass music, breakbeats, dubstep… I think low frequencies in general need to be looked into and studied a bit more and that’s why when you get into extreme low frequencies (ELF) there has been case studies that show it’s role in healing. That’s not necessarily my main intention, but if someone walks away from Elev8 getting something positive, learning something about themselves, or meeting new people, that’s awesome… But I’m on a quest to make that low end rearrange your neurons. Neurologically I really feel like there is something happening there. These sounds don’t exist anywhere in nature, we are pulling them through, and what are we really pulling them through from and what is that energy doing to us?

At this point in human history this music is so advanced and innovative, that it may actually be doing something to further the evolution of the human species in whatever subtle way that may be… We’re on a mission, the more bass you add, the lower the frequencies go. Who knows whats going to happen when we hit 25hz…. and below. How low can we go? Who really knows whats going to happen. There’s so many people who are naturally being pulled into this bass… And that’s what it really is, it is the subsonic frequencies that you cannot necessarily hear as much as you can feel. It’s all about the felt experience,  I feel like any kind of true religious experience is about a felt experience… For you to listen at home through your speakers, you’re not getting it. To come here, to experience and feel everyone else experiencing it at the same time, I don’t know what it is and I don’t want to draw any conclusions but I know it feels damn good. There is just something about bass, and I know it feels good to everyone else, so let’s research it further… Let’s see how low we can go…”

To stay in the loop for more Elev8 artists and events, check out their official website Elev8US 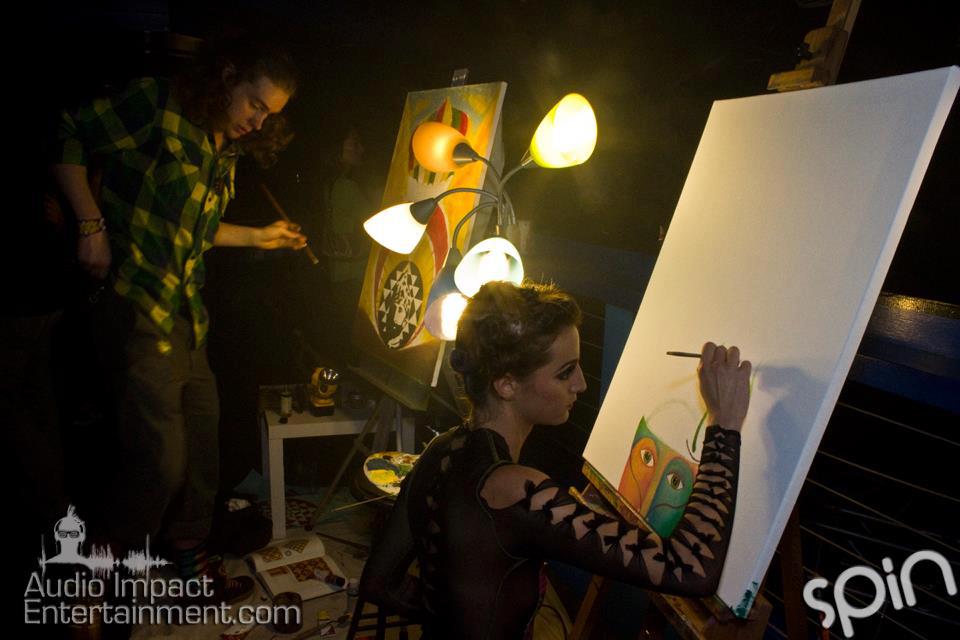 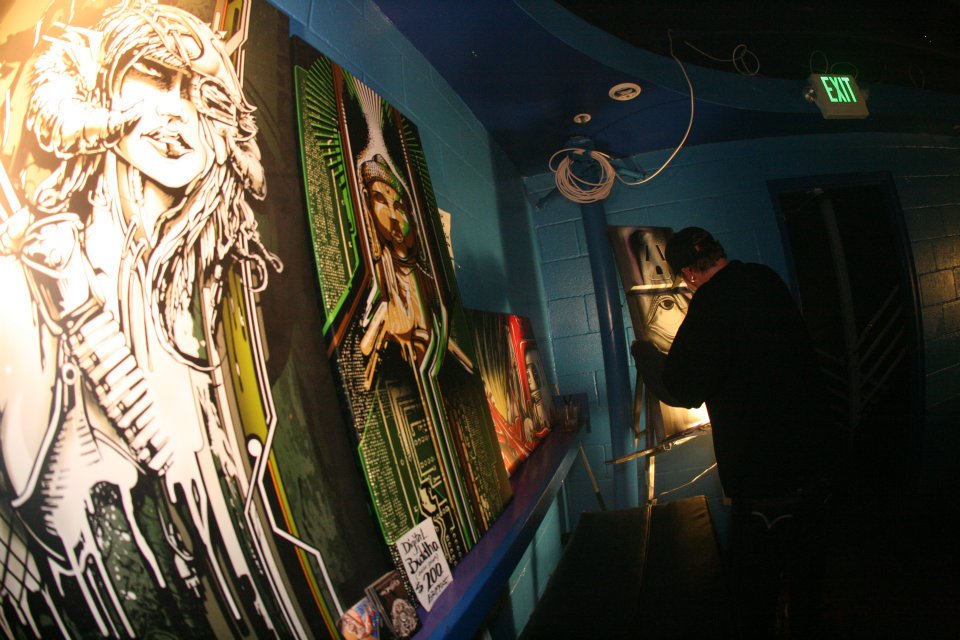 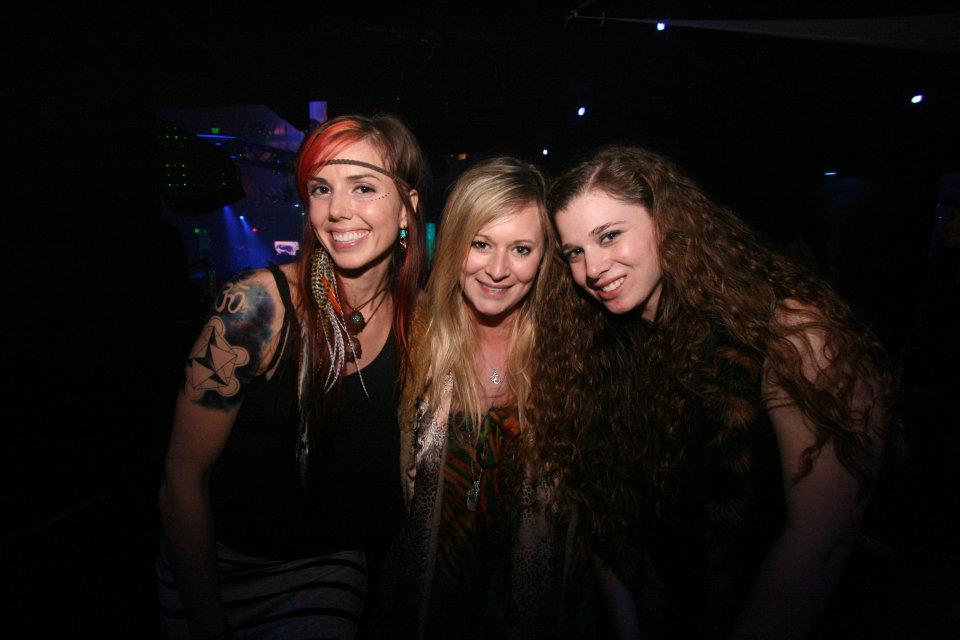 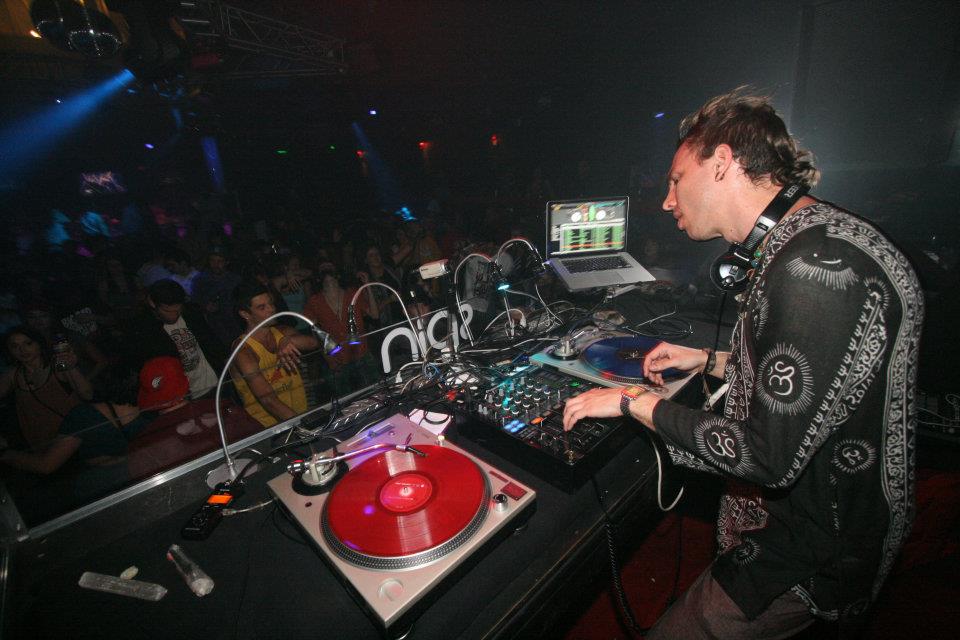 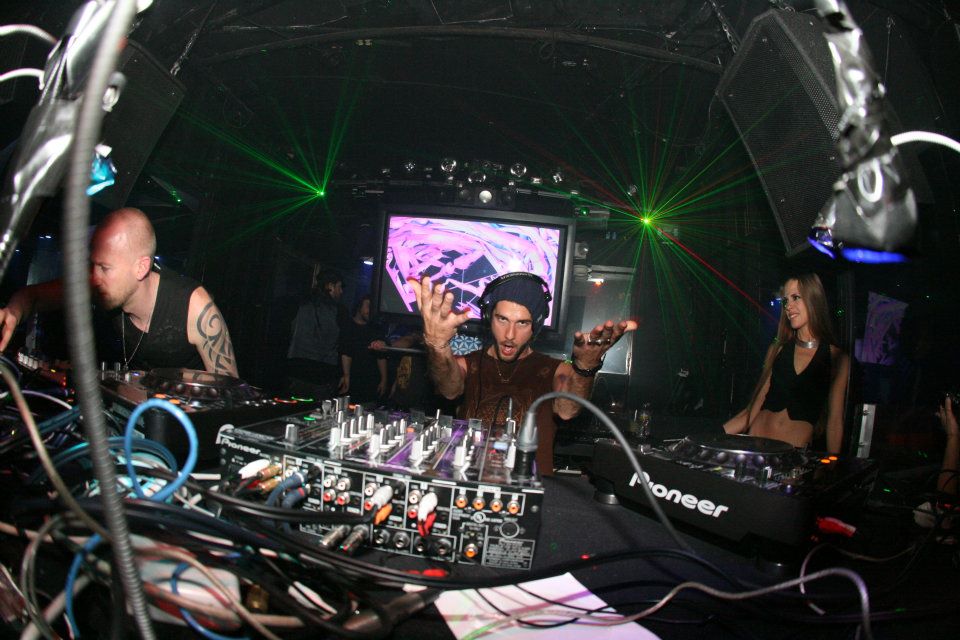