Travel down the rabbit hole to a world of colorful art, music, and experiences at Spectral Fest. Taking place July 17th-19th at Page Farm in Croydon, NH, Spectral Fest is a hidden gem in the New England festival lineup this season. Conceptualized by a self described group of “misfits and madmen,” the eclectic selection of talent has something for everyone’s tastes.

The music is second to none, drawing regional and national talent from a variety of genres. Headlined by Phutureprimitive, who’s coming off spectacular appearances at Sonic Bloom and Electric Forest, the lineup twists and turns through names that have appeared on lineups demanding a much higher ticket price. At $95, which is all inclusive of camping and parking, guests can see Roots of Creation, Psymbionic, Of The Trees, lespecial!, Supersillyus, The Garcia Project, and many, many more.

Making a sincere effort to envelop guests in a wonderland of surreal entertainment, Spectral Fest has stacked its visual arts, performance arts, and workshop lineup equally well. Martin Bridge (CoSM Faculty), who recently made appearances at Lighting in a Bottle and Unifier Festival, tops the list of live painters and workshop teachers. His 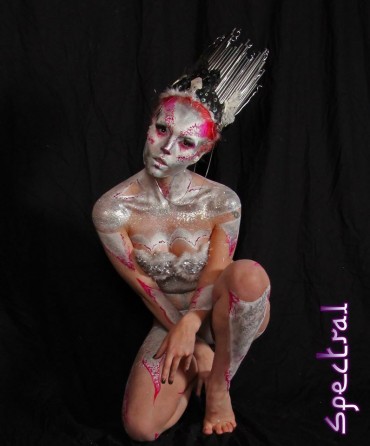 presentation entitled “Create Visions, Reshape the World: Art as an Agent of Change” is highlighted amongst a selection of unconventional themes. Workshops on Qi Gong, hypnosis, Romany traditions, and improv dance just scratch the surface of the classes offered, which also feature four types of yoga and children’s programming in the Kid’s Fun Tent throughout the weekend. Joining Martin Bridge on the visionary arts lineup is Samuel Farrand, Visions of Ajra (Jenna Odher), Kai Griffith, William Giese, Mary Murph, Alyssa Woodcock, and many others. Chase Hanna will once again join creative forces with the

Reliquarium to create an out of this world stage design not to be missed. On Saturday, Spectral Fest will offer a unique visual arts experience as a corps of 24 body painters will offer their services free on site, concluding in a catwalk display of the day’s creations. 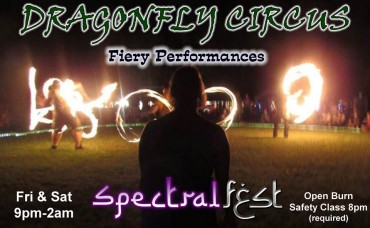 Set at one of the most picturesque grounds in New England, Spectral Fest will offer both woods and field camping, as well as a VIP upgrade for those who enjoy the finer things in life. Check out the full lineup below!