Eliot Lipp has been playing afterparties and opening for people for years as one of the young prodigies of the scene, and has come into his own as a headlining act and respected beatsmith. His stuff has come a long way from the stark, minimal sound of his younger days, becoming rich and complex. He’s someone I’ll show up early to catch, as I did when he kicked things off at the Beats Antique Halloween show in LA. His set that night had some impressive bangers in it, including his “Goldeneye” Remix, and showed me that I needed to start paying more attention to the man.

His new Dark Party collaboration with Leo123 just dropped the debut album Light Years in November. “Weaving spacey electro, west coast funk, and sharp melodic synths, the duo create pulsating dance rhythms that raise the tempo a notch from Lipp‘s other releases. It’s been years in the making but well worth the wait.” (DarkPartyMusic.com) They’re currently on a West Coast tour, check ’em out!

This mix is smooth and diverse, showcasing his range of styles: 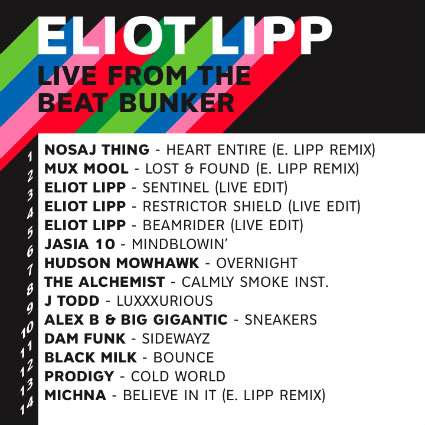 [LiS] For those who are unsure of who you are, briefly explain yourself and what…