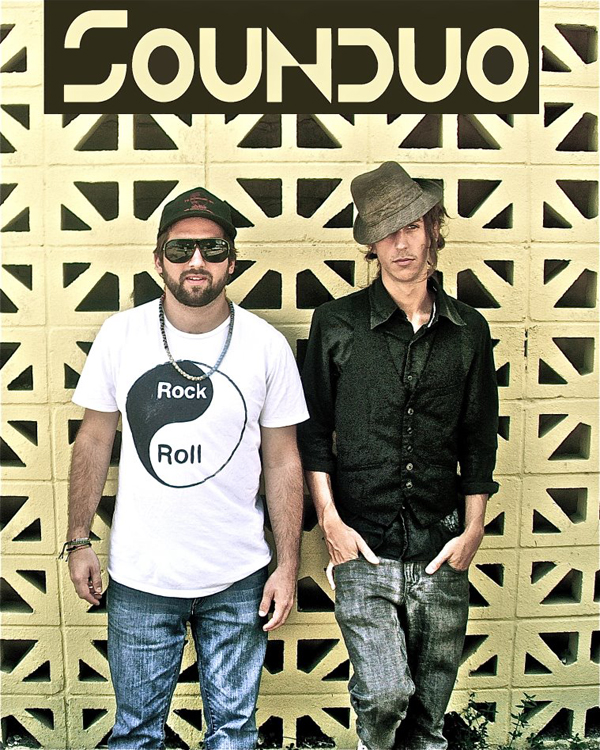 Following the release of their first full length EP ‘Departures‘ (via Made in Glitch) and subsequent non-stop Southeast touring in the first half of 2012, Sounduo has entered the summer season with some exciting releases. These releases include an official future dub remix of The Easy All Star’s ‘Billie Jean ft. Luciano,’ as well as a track on a Gravitas Recordings‘ collaborative dub compilation ‘Dubble Trubble,’ along side world renowned artists such as Govinda, RUN DMT, and Zionoiz.

With only positive progression on their minds, Sounduo is proud to announce their ﬁrst full length East Coast tour – Dub Occupation 2012, as well as the release of their brand new website, sounduo.com. Fans now have a one-stop shop to stay up to date with all things Sounduo. In celebration of this news, Sounduo has made a brand new track entitled ‘Zion,‘ available for free download for all who sign up for their mailing list. There are a few more surprises throughout the site, such as their ﬁrst music video for their single, ‘Predator’. So make sure you take a minute to browse around to see what else is in store! 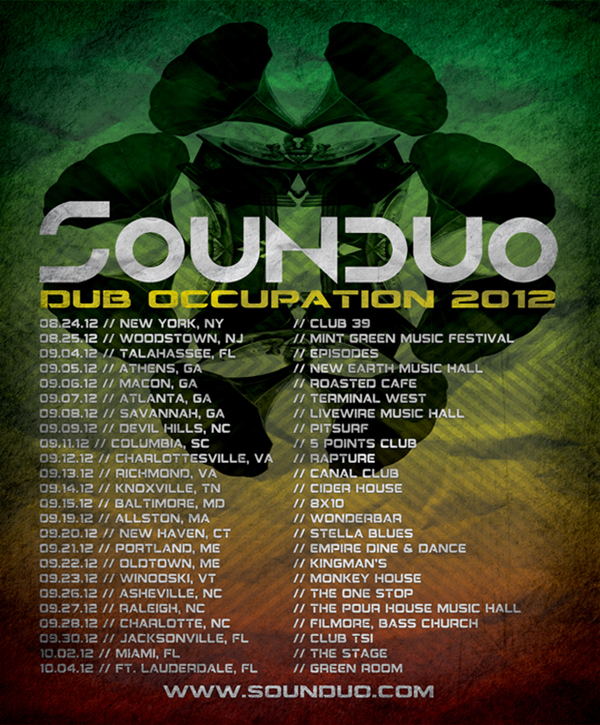 Dub Occupation 2012 will have Sounduo bringing their unique sound of post-dub, spanning from Florida all the way up to Maine. They will also be introducing a brand new audio/visual synced stage rig, featuring 3D mapped structures and more. Along the way, Sounduo will be sharing bills with acts such as ill.Gates, ill-esha, Samuel Paradise, Jimkata, Arpetrio, and many more.

For more information on each show, as well as a to preview to their live performances, check out www.sounduo.com.