I popped my Burning Man cherry this year, but it was more than a pop, it was a space time rip of cosmic proportions. Although the experience was life changing and the scenery was incredible, most of the music was surprisingly not always up to my standards. But changing the music you hear was as easy as taking ten steps in any direction, because Burning Man is somewhat a cacophony of sound.

I discovered Opiuo shortly after getting my face womped off on the wompiest of art cars. After leaving the art car, Kristi and I were attracted like flies to a flame to the giant burning sphere at the Nexus camp that was synced up to the DJ booth.

Nexus was our favorite camp by far. It had giant jungle gyms, lots of flames, and big tesla coil. That is where we heard the precisely blended concoction of tight irresistible grooves, chunk fueled bouncy beats, luscious brooding soundscapes, dollops of stomach morphing bass, and a bowl of scrumptious glitch that we now know as Opiuo. We danced the hardest we danced all week during his set and it was a high point of the experience. I remember thinking to myself, “I am at the best party in the world right now.”

Opiuo is a self confessed music addict with a lighthearted approach to life and art. He is at his best whilst hiding from the world, creating fun fueled music. Opiuo has influences coming from everything, ranging from life changing experiences to mere cups of tea. His music incorporates sounds as varied as jazz, reggae, funk, rock, psychedelia, and downright chunky goodness.

Originally from a small town in the deep New Zealand countryside, Opiuo now resides in the pimp hustle backstreets of Melbourne, Australia, where he has built an international reputation for his original, party fueling creations, and has played live for sold out crowds all across North America and Australasia. 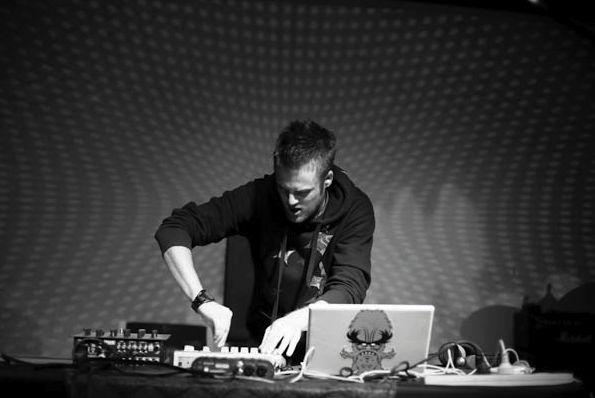 His latest full length release “Slurp And Giggle” is nominated for Best Dance / Electronic Release at the Australian Independent Music Awards, and currently sits as the most downloaded album for 2010 on addictech.com.

You can catch Opiuo on the Monsters of Bass 2011 tour with Freq Nasty and Marty Party, which will make a stop in NYC @ Touch on March 11th, 2011.

Show your love for Opiou and download his albums here– you will not be disappointed.

Here are two stand out tracks:

All burning man pictures in this article were taken by me 🙂