Anders Trentemøller is the bridge between dark and light, melodic and dissonant, organic and industrial. He is an artist who weaves together intricate progression and classical chords with an atmospheric ambiance to form sonic tapestries. This attention to technique paired with raw creativity defines his sound and sets him apart from the rest. He activates the beauty in dance music and enlivens a soft yet ferocious edge to each piece of music he produces. He is a rare artist and one that is writing history in the electronic bible. Zola and I were lucky enough to share 15 minutes with him last Friday (hovered over a speaker phone in the Boston Commons), where we chatted about Trentemøller Live, Hope Sandoval and sushi…

Lostinsound: First off, where are you from?

Anders Trentemøller: I’m from Copenhagen in Denmark. I’m actually from the countryside south of Denmark but I’ve been living here in Copenhagen for the past 20 years.

LIS: What time did you wake up this morning?

AT: This morning I woke up quite early. I was in Paris and I had an early flight back to Copenhagen. I went to bed around 4 and woke up at 8 so I didn’t haven’t much sleep.

LIS: Did you play instruments growing up?

AT: For as long as I can remember I was listening to music and I think I started playing piano when I  was 4 or 5 years old.

I never went to music school or had any teachers; I learned it myself. It was something I was always patient about.

LIS: You started out presenting your work as a solo artist. Now you are touring with a live band. How did you evolve into Trentemøller Live?

AT: It came very naturally because my latest album, Into the Great Wide Yonder, there’s a lot of instruments which I played on the album myself. But to play that album live, I obviously couldn’t do it all myself so it was a quite natural development to put this band and tour together. It’s very different than being a DJ;  it’s much more fun. 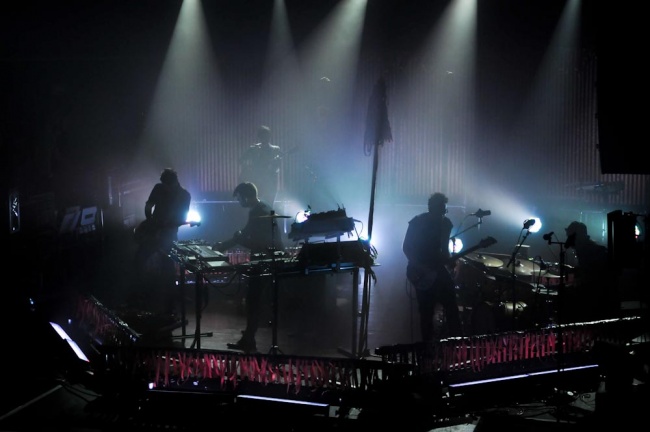 LIS: One of the stand out tracks off that album is “Even Though You’re With Another Girl”; when you feature vocalists in a track, do you write the lyrics?

AT: For that song, I did not write the lyrics, it was Josephine Philip, the vocalist. When I work with a vocalist, they write their own lyrics. Of course we talk about them but I think it’s more honest if the person who is singing writes them.

It sounds more pure in  a way

Normally I don’t go so much into the lyrics because I think it’s up to the vocalist to be proud of their words.

…Eventhough you’re with another girl from Trentemøller on Vimeo.

LIS: How do you think the electronic music scene has evolved since you’ve been apart of it?

AT: For me it has turned into mixing electronic with other music styles. It’s become interesting to see how I can incorporate my own sounds into the electronic music world and also create music that doesn’t sound that electronic but of course it is. I like when electronic music has a vintage, warm and organic sound while being  futuristic.

AT: A compressor because it really gives punch and warmth to my sounds. I especially like it for when I record live drums and vocals.

LIS: Who would you most like to collaborate with?

AT: I’m a very big fan of Hope Sandoval; she has the most beautiful voice and I would love to work with her. I have written to her a few times but I haven’t  gotten any feedback. Some people are saying that she is very shy and does not often work with other artists, but she appeared on the latest Massive Attack album, Heglioland, for the song “Paradise Circus”.

AT: Right now I’m listening to a guy called Wild Nothing. He reminds me of this indie sound from Britain in the early 90’s.  I’m also listening to a girl band called DUM DUM GIRLS and another called Vivian Girls. The latest Ravonettes album is really cool too. There’s a lot on my iPod (laughs).

LIS: You’ve had experience playing in some of the hottest clubs in Ibiza and some underground, intimate spaces. What’s your personal preference for playing?

AT: It’s fun to play those large stages but I prefer to be in the intimate setting where I can look people in the eyes and feel direct contact with the crowd. You can feel the vibe very strongly.

LIS: When you played in Boston at Royale last year, you had rope curtains that would rise and fall during your set… 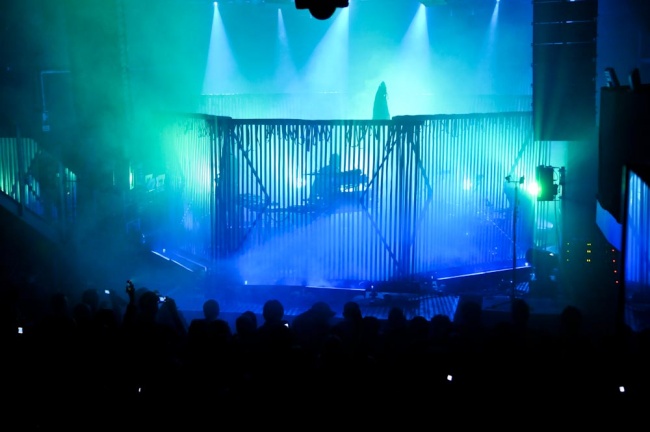 AT: It adds more drama. I wanted something that was visual but interactive. Most of my music is instrumental so it’s very important to have this visual aspect to add to the constant experience.

AT: I really love food, maybe too much. I think sushi is one of my favorites. Salmon sushi.

There is no mystery as to why the BBC Essential Mix above was voted number one Essential Mix in 2006. In this hour long sensation, Trentemøller seduces you with smoky French vocalists and then ignites your rebellion with Jim Morrison‘s rousing “Break on Through”. I think this dichotomy is  a perfect representation of Trentemøller as an artist: such beautiful rebellion.

Do not miss Trentemøller and his live band as he embarks on a US and Canada tour:

10.13.11 Theater of the Living Arts, Philadelphia with Xylos