WHO?
Swamp Music serves as an independent record label based in San Diego, CA that brings you dark psychedelic, glitchy, bass sounds from the deep. Since February 2014 Swamp Music has released squishy beats via “name your price” downloads on BandCamp and their own database.

WHAT?
Incorporating elements of IDM, glitch-hop, dubstep and drum n bass, the sounds of the label weave together a fractal web of digital frequencies. An orchestra of futuristic sounds fill the mid and high ranges, while the underlying bass tones deliver the frequencies that move your body.

WHERE?
Although based out of San Diego, Swamp Music features artists from all over the globe. Falling on the three-year anniversary of the label, February 28th, 2017 marks the release date of Swampilation Volume 2,  featuring 42 international artists.  The same day, Synaptik Events and Mandapa are hosting a release party at Kava Lounge in San Diego. Move details on the event HERE.

Exclusive Premiere of “Atolla”  By Art of Fact: Forthcoming Swampilation 2:

Michael Bellman, also known as “Sponge”, is the founder and creative director of Swamp Music. Eager to cultivate his own style, he set out on a mission to shape and create the Swamp Sound out of the muck and sludge of EDM. We linked up for a Q&A to shed some light on the inception of Swamp Music as well as their focus for the future. 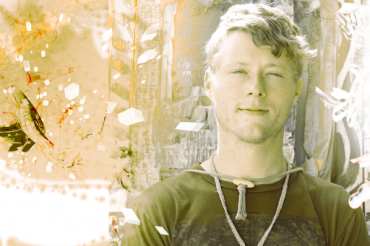 [LIS] Why did you decide to start a collective? What was the vision at that time?

[Michael “Sponge” Bellman] I started Swamp Music after working with Adapted Records when I felt ready to go in my own direction with music releases/label sound. The idea behind the creation of Swamp Music was to produce unique psychedelic sounds that are high fidelity and to provoke thought. I have high standards for the quality of music we release, but I also like to sign new artists to help them develop their sound and build their brand.

What’s the inspiration behind the distinctive sound?

I have been heavily influenced by the psy-trance and techno party culture, but the music became too repetitive and every DJ started to sound the same. I wanted to move in a new direction and cultivate a sound that is psychedelic and tells a story, but in a different way than trance does. 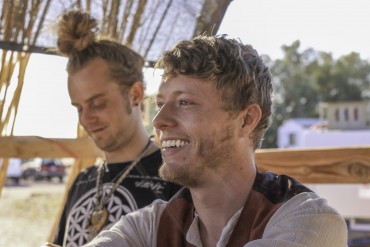 What was a crucial milestone for Swamp Music?

Our debut album The Swampilation Volume 1, released on February 28, 2014, was well received by bass music fans worldwide. Since then we have released albums, EP’s, LP’s from many established and debut artists. More recently, Swamp Music has signed a publishing partnership agreement with a major music distributor, enabling us to push our catalog to all major online retailers and even sign other music labels under us for publication.

This enables an infrastructure for licensing and placement as we all move into the future.

What motivates you to create and expand on this project?

I am inspired by pushing boundaries, but I think it’s equally important to stop and reflect. We at Swamp Music try to foster co-creative communities with artistic professionals to create new concepts greater than the sum of their parts. Our friendships have become our goals and our reputation as we work towards unfolding our unique vision of the future.

What have been some of the biggest challenges in developing this record label?

For most of 2015, Swamp Music was silent due to social and financial reasons but recently we have been making a big comeback releasing music consistently. We had 9 releases in 2016, and we have a lot in store for this coming year including our biggest release ever with the Volume 2 issue of the Swampilation.

We all know of a few ways to view the content of our computer, laptop or smart phone on a large screen like a television chromecast setup the most common being to connect the devices via cable and use the big screen as the monitor

How would you describe the vision now? What are the future goals?

The vision expands as we grow and our gears are now turning faster as the vision comes together more. We’ve seen an increase in streaming subscriptions and downloads with our releases, and the demand for talent by booking agents is higher than ever. The new paradigm for the future of Swamp Music, as we envision it, is to cultivate a collective of skilled professionals that work together to develop their artistic projects and combine them into a complete package. We plan to evolve to feed the desires of an ever-changing market. We are determined to keep Swamp Music alive, even if they shut off the internet tomorrow, we will burn CDs and mail them to fans by carrier pigeon. 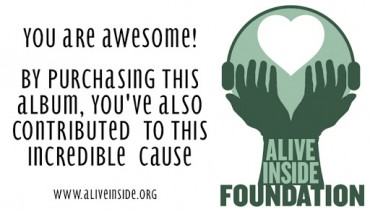 Swamp Music will donate proceeds from Swampilation Volume 2 to The Alive Inside Foundation – a nonprofit dedicated to enriching the lives of dementia patients through music.