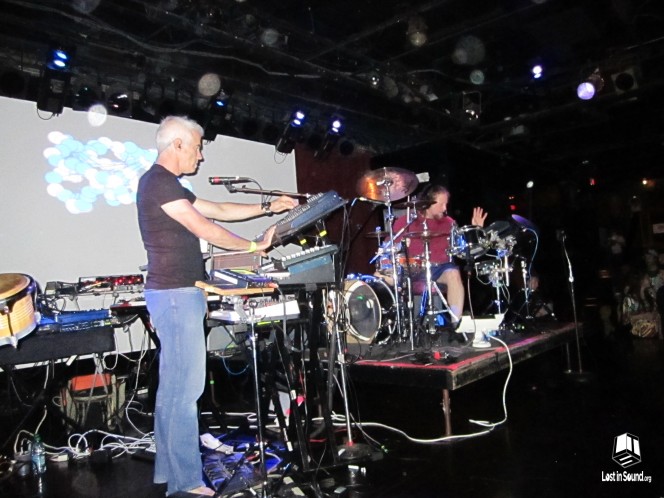 “It’s gonna get so weird tonight. So weird.”- Overheard outside of the Paradise.

It was a Saturday night in Boston which can mean only one thing – time to rage. For us music junkies however, this particular Saturday was not the usual get a bottle of whiskey and find a house party kind of night. It was a night that promised utter auditory delight and of course a sweaty, rowdy dance party. Oh yes, EOTO was in town, ready to bring the raucous as usual. Despite having seen EOTO perform many times before, my excitement when they come to town escalates to dangerous levels and the moment I walked into the Paradise, I could feel that the entire crowd felt pretty dangerous too. The energy throughout the venue was BUMPING, and how could it not be with two of Boston’s finest musicians and performers to open the night. Setting the mood for Jason Hann and Michael Travis were Supersillyus with his psychedelic beats and pancake flipping extravanganza and Encanti of the Zebbler Encanti Experience with his notorious bass-infused wobble ring. What amazing performers to prime EOTO’s faithful audience.

As Hann and Travis entered the stage, the entire venue went WILD, banging on the stage, the walls and stomping on the floor, absolute mayhem. The music began with their signature bone-rattling bassline that sounds like a glitched-out elephant honking, and Jason attacking his drum set. Once they started they didn’t stop. I am always very impressed with their impeccable timing within their improvisation. This definitely comes from many years of playing together not only in EOTO but in The String Cheese Incident as well. They have also mastered the art of allowing drops and builds to arise at the exact perfect moments. I loved how they dropped a bunch of 90’s hip-hop music during their set. Hann, using the vocodor sang “Shake that ass”, “Jump” by Kriss Kross, “Pass the Courvoisier”, and M.I.A‘s “Paper Planes” to name a few.

Looking around, I could see that everyone was getting down and enjoying themselves to EOTO‘s dirty beats. Breakbeat, house, dubstep, IDM- these boys play it all and the label doesn’t matter because they keep your body moving. This show, as predicted, did not disappoint me. I left the Paradise feeling like I filled a much needed prescription – Jason and Travis were just what the doctor ordered. Although Elephants Only Talk Occasionally, when they do, they rage. 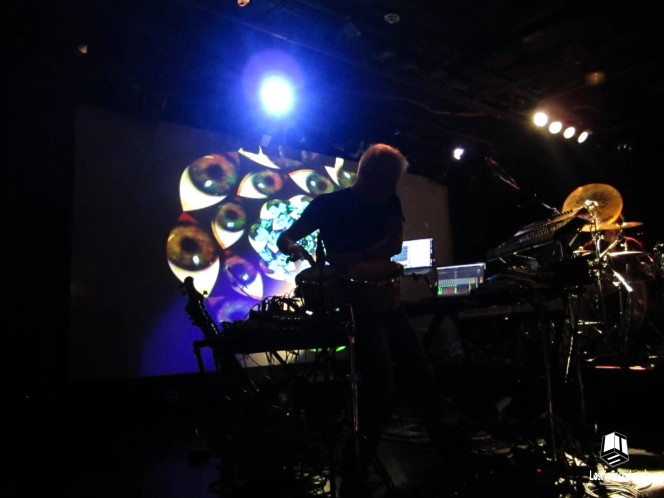 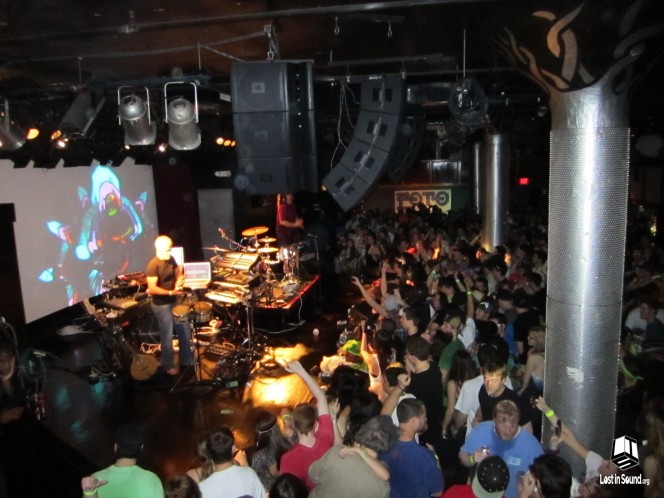 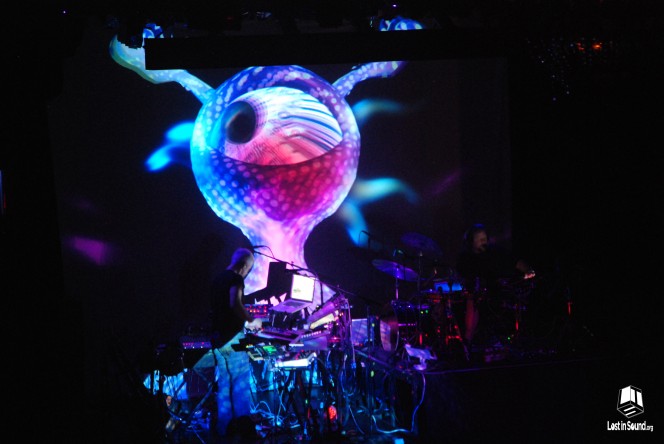 What I always find fascinating about EOTO is their armory of technology that brings all those key drops, wobbles, punching synth lines and samples into play.  As if the sounds of fans cheering wasn’t enough to get everyone in the crowd excited for their arrival on stage, you could hear a “SUUUUUU” in the crowd. That’s when I knew the shoguns were out to infiltrate the dance floor on this gloomy night at Irving Plaza. Jason Hann and Michael Travis say their music has not reached its limit, which I agree with because at every show I lose my skull. Their new visualizers just add onto the playground ambiance that consume you once the first kick and snare radiate the air waves. Travis, on a rack of synths strapped with 2 macs, one running Reason the other Ableton, is impressive alone to see. Hann on the drums geared like a true tech-warrior with 2 iPad’s, a Jazz Mutant Lemur Multi Touch and a TC Helicon Synth Voice Tone Pedal has always been a treat for me to see. Two masterminds attacking many different platforms in the software and hardware world while consistently improvising everything will boggle minds from now until the end of time. 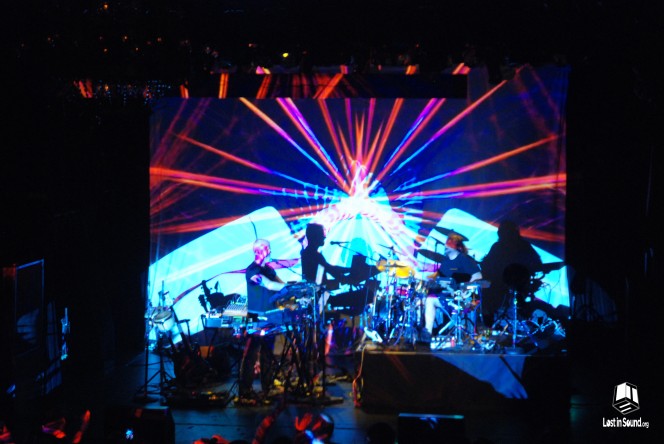 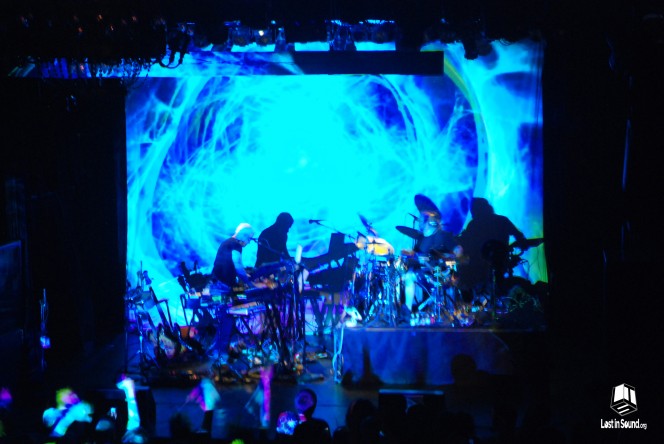 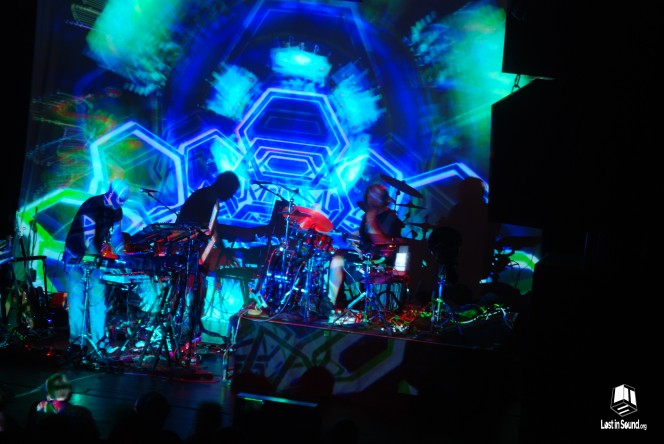