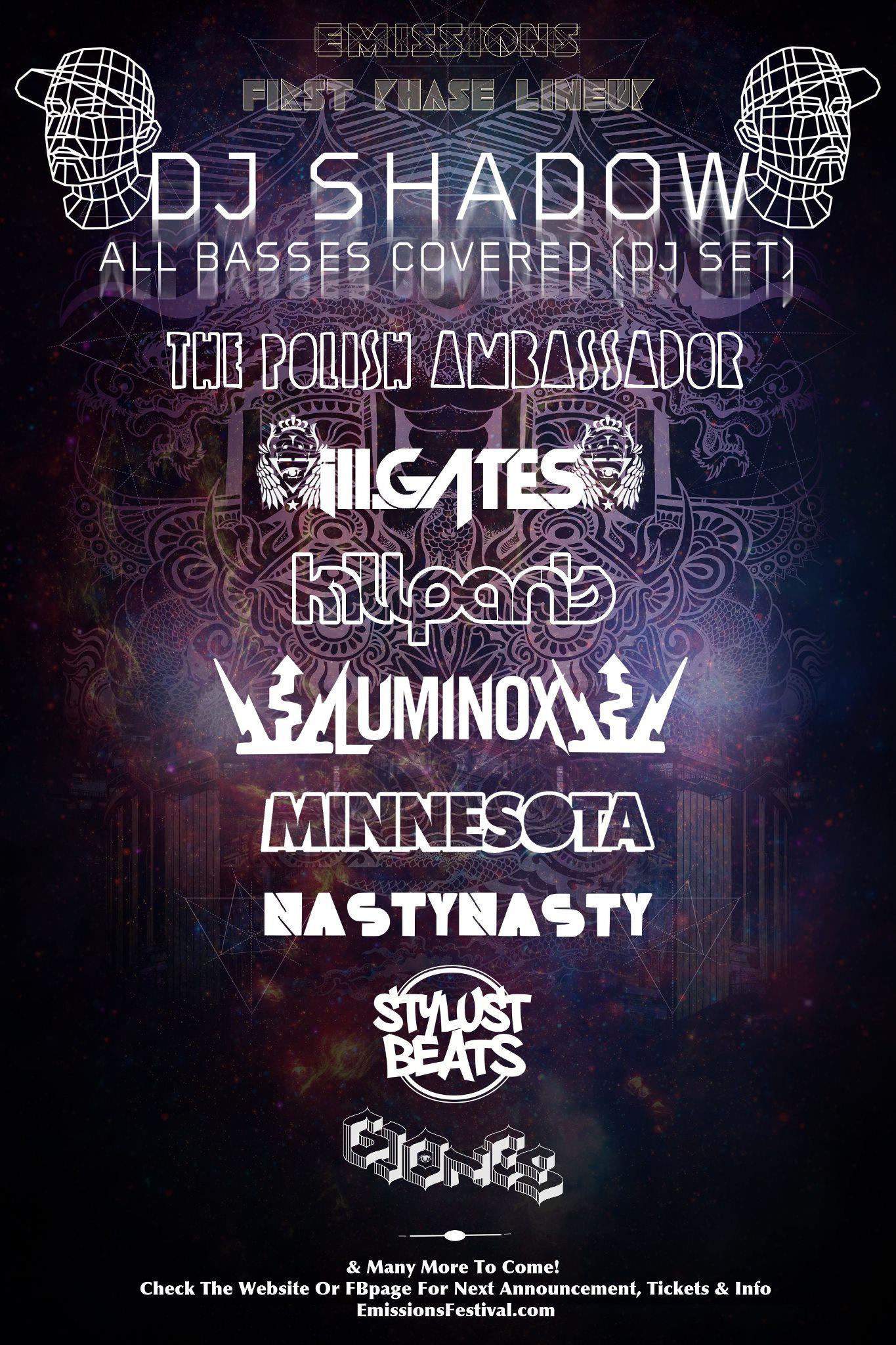 May 17th might be a good day to refresh the Coachella website to try to “get lucky” enough to purchase pre-sale tickets for 2014, especially if you’re willing to bet the $800-ish price of admission that Daft Punk will be there. Of course, if you’re really trying to see a 90’s legend re-invent themselves, May 17th would be a good day to be driving to the fifth annual Emissions West Coast Bass Culture Festival, ready to camp out instead.

“I don’t care if I get kicked out of every rich kid club on the planet… I will never sacrifice my integrity as a DJ,” tweeted DJ Shadow after famously getting kicked off the decks at the end of last year in Miami. After being told his set was “too future,” venues for the All Basses Covered 2013 Tour were curated with open mindedness. Fortunately for the West Coast, Emissions is the premier future bass showcase, with a soul-rending line-up of all-star wub magicians ready to rage all night and day.

Belden Town is a sleepy forest hamlet northeast of Chico, nestled in California’s Feather River Canyon. During the weekend of May 17-19, though, sleep won’t be a high priority. The headliners are so good that first-glancers may mistake the bill for an agency roster backed by rich corporate sponsors. Nothing could be further from the truth; the flagship outdoor festival of Camp Question Mark, whose trademark punctuation marks can usually be found standing up to dust storms amid the palpable onslaught of six-digit-wattage PK’s along Black Rock City‘s 2:00 avenue. Year-round, though, Camp Question Mark focuses on creating an inclusive community centered around septum-rattling bass and open-hearted good vibes.

Most exciting among the big names is hard working producer The Polish Ambassador, who wraps up his Spring 2013 tour this week. His upbeat and layered rhythms have consistently resulted in sold-out crowds nationwide, swimming in sexy-pants feelings. He’s supported by his VJ Liminus, and his endearing and thoughtful Facebook status updates from the road have only increased fan loyalty for the productive pair. Giving away every track he’s ever made for free doesn’t seem to be hurting his personal brand any, either.

Also featured at the top of the bill: future-funker Kill Paris, Rain’s Phutureprimitive project, and Ableton genius ill.Gates, neither of whom should be missed. Though Bassnectar dropping “California Dreamin'” in his sets helped a ton, Camp Question Mark certainly deserves some of the credit for launching Minnesota‘s career, so it’s only fitting to see his name between trill trapstyle star Luminox and lazer-wielding NastyNasty, who finish up the list of headliners. “I don’t play that track anymore,” he mentioned last December regarding The Mamas & The Papas remix, but if his set for his Altered States EP release party hosted by Camp Question Mark last November is any indication, he’s got some special surprises up his sleeve for his Burner family.

Having just released an EP with Minnesota earlier this week, G Jones leads the pack of California future bass producers, the ranks of which are too numerous to list here. Expect a lot from anyone signed to MalLabel, GruntWorthy, or Street Ritual. When I’m in the mood for voluntary synesthesia, I’ll be searching for that East Bay sound, hitting up TASO, Skulltrane, Indaskyes, Hypha, Lotus Drops, and VNDMG to name a few. Other well-kept California secrets include glitchy mix-master MiHKAL and the three-piece trappy world-beat innovators who make up Deep City Culture, fresh off an EP release.

Worried you won’t be able to wind down in between days? Have no fear, Austin native Trill Scott Heron will be there (not to be confused with Trill Murray, also spinning at Emissions) with his trademark “Future Screw” style, which sounds a little bit like Texas trap drowned in Houston-flavored cough syrup.

One more mention: You may not have heard of Stylust Beats yet, but I’ve been a die-hard fan since reuniting with my entire camp at Camp Question Mark for his sunrise set in 2011. His feel-good productions, infused with just the right amount of skater-dude-in-a-baseball-cap gangsta’ steez, are often instant classics. Check out his Emissions preview over at The Dankles. Noticing fellow Canadian Sara Tonin on the bill, I’m keeping my fingers crossed for a live collaboration like that at Decompression last year. Last time I saw Stylust was at a Camp Question Mark party hosted by ZeroDB on BART, and no renegade Bay Area Rapid Transit party would be complete without resurrecting those Dre bangers that defined the short-lived hyphy movement a decade ago.

With over 50 names on the support roster, there are enough lesser-known acts competing for ear-drum attention to keep your SoundCloud full until the Fall. Still, according to the event website, music is second to “the people” as a priority at this event. The language surrounding intentional creative communities can get a bit flowery for my taste sometimes, but the bona fides of this festival among the Summer music options cannot be understated. Though technically it’s a permitted event, complete with private security and places to pee, this is as close to an underground woodland rave as you can get without risking incarceration. 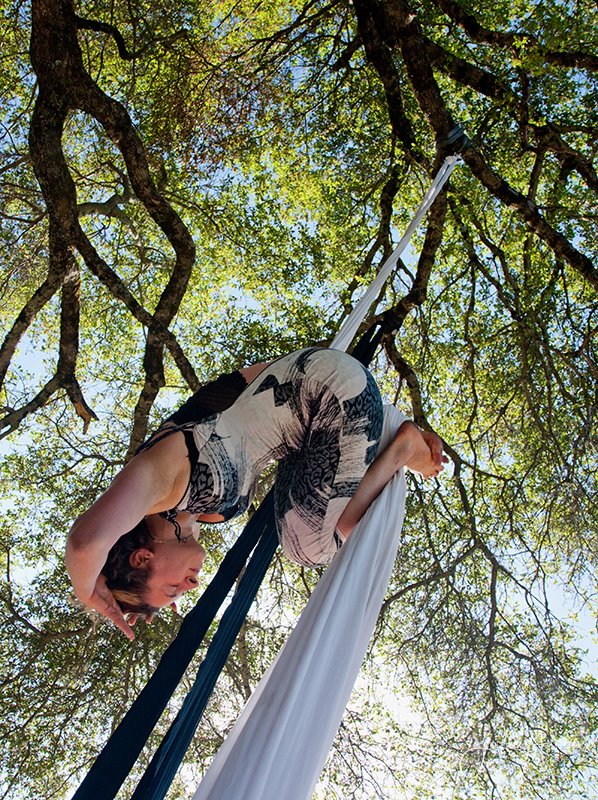 By the time you’ve read this, you’re already mid-REM cycle on those tickets, which are even more limited than in years past. Both tiers of pre-sale tickets have sold out, and they’ve just added more GA tickets at $160, which is a steal for three days of music. People who can’t get off of work on Friday can save $10 by purchasing a 2-day pass instead, and those who have never been to REI but still want to get down can buy a one-day pass for Sunday at $75.

If this is your first year, bring camping gear in case you’d like to sleep, and be prepared to handle yourself like an adult. If you’ve been before, you may notice some more kush amenities this time around, including actual roads leading to the event and full RV hookups for $275. It’s a leave-no-trace event, meaning you need to leave room in your car for the trash you’re hauling home. There are legit EMT’s on staff, though I hope you don’t need one. Please leave your pets and renegade sound equipment at home. This festival is a special gift, so don’t do anything to screw it up. Don’t forget something to float on for the River Stage!

Like a captain leading his rage ship, DVS* approached Lost in Sound looking for help…