Camp Bisco has been on the festival forefront, bringing a solid, eclectic mix of upcoming artists in the EDM scene for as long as I’ve been attending. The crowd will always amplify the great ambiance that infiltrates all the stages. I am hyped to be getting so close to the day of. Here is my 2nd set of artists to look out for, Enjoy! 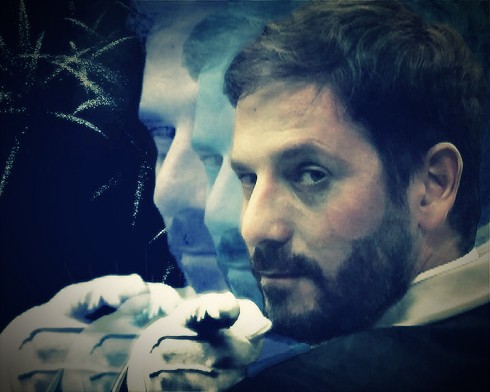 “His background is shrouded in mystery, his powers are supernatural and his reputation is whispered about among men. He goes by different names, but folks just call him The Magician. Everywhere The Magician goes, there’s music in the air. People come under his spell and dance like there’s no tomorrow. Lost in a purple haze, transfixed in a flurry of white doves. He makes clubbers float through disco heaven and takes them around the house on a magic carpet ride. Behind his green translucent eyes, there’s an unlimited knowledge of the musical past, present and future.” 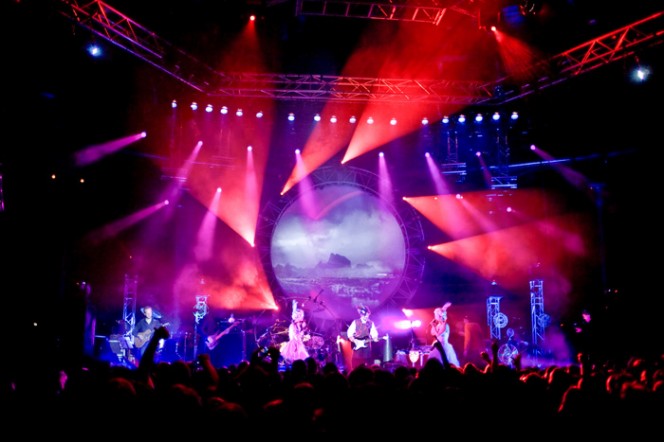 “Shpongle (pronounced /ˈʃpɒŋɡəl/) is a psychedelic downtempo or Psybient music project. The members are Simon Posford (aka Hallucinogen) and Raja Ram (one third of The Infinity Project). Their sound has sampled eastern ethnic instruments and western contemporary synthesizer-based psychedelic music. Posford is responsible for the synth and studio work while Raja Ram contributes with flute arrangements. Shpongle’s first track, Vapour Rumours, was released on TIP Records’ Infinite Excursions compilation in 1996. Their debut album, Are You Shpongled?, was released 1998 on Twisted Records. Are You Shpongled? and Twisted Records’ first downtempo compilation, …and the Day Turned to Night, were influential in the then-small psychedelic downtempo genre.” 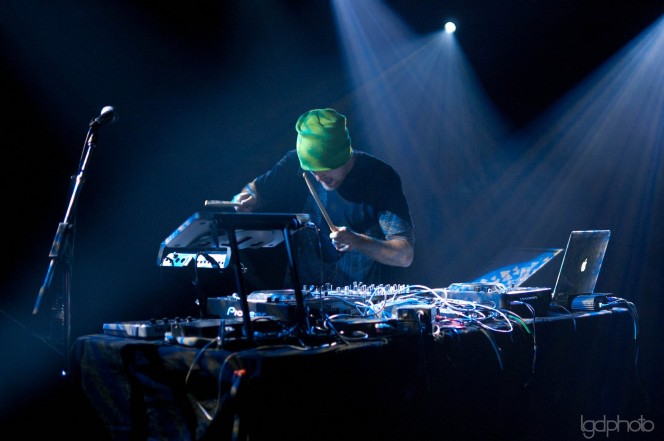 “Imagine a precisely blended concoction of tight irresistible grooves, chunk fueled bouncy beats, luscious brooding soundscapes, dollops of stomach morphing bass, and a bowl of scrumptious glitch. Welcome to the musical world of Opiuo. A self confessed music addict with a light hearted approach to life and art. Originally starting his musical life as a drummer, Opiuo now finds himself at his best hiding from the world, creating fun fueled music. Influences coming from everything, from life changing experiences, to mere cups of tasty tea. Incorporating sounds as varied as jazz, reggae, funk, rock, psychedelia, and down right chunky goodness.”

“MartyParty – Born and raised in South Africa, has been coined the Iggy Pop of electronic music. MartyParty produces “purple” music. This is electronic music with a rich melodic layering of beat, bassline and harmonics building up to an intense, full frequency, crescendo. The MartyParty live show is a high energy spectacle not to be missed – he calls it the “purple” opera. Intense bass, huge beats, emotional melodies and cutting edge sound design all come together in a wild ride – unique to every performance.” 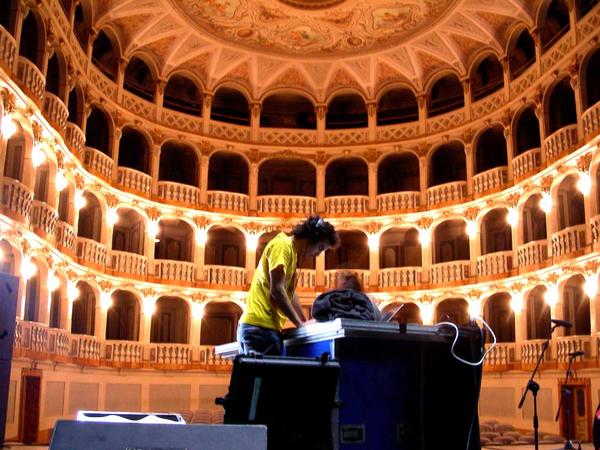 “Spanning 4 Four Tet studio albums, remixing, and outstanding live shows amongst many other things, Kieran Hebden’s career remains rooted in all kinds of musical camps. In the past couple of years Four Tet has released his fourth album “Everything Ecstatic”, a DVD of music videos working with directors/artists such as Woof Wan Bau and Jason Evans, a DJ Kicks compilation as part of K7’s legendary series, a compilation of his remix work, and has toured the UK, Europe, US and Japan extensively.” 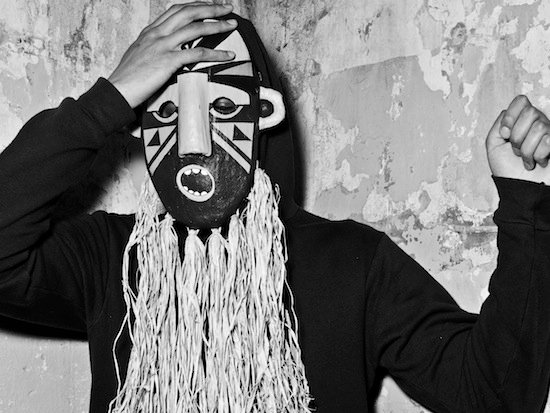 “Design is at the heart of this project: first the instruments, then the songs and finally the masks.  Whilst massively prolific, a minimalist ethos runs through the work and style of SBTRKT, not just in the name but in the precision of the sonics and arrangements. After dropping audacious white-label re-rubs of Goldie & Radiohead in 2009,  SBTRKT has announced himself in 2010 with releases on dubstep stalwarts Ramp + Brainmath  & eclectic indie label, Young Turks.” 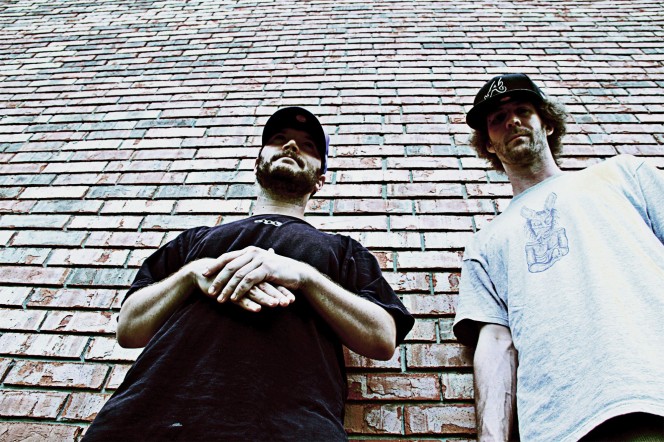 “Formed as the musical brainchild of Curt Heiny and Justin Aubuchon (Telepath, MO Theory), Archnemesis creates its distinctive sound by combining original music with samples ranging from early 20’s blues and jazz to modern hip-hop and soul. With their first EP due out in the fall of 2010 and their debut full-length album slated for release at the beginning of 2011, Archnemesis continues to turn heads at festivals and club shows while elevating the standard for modern electronic music.” 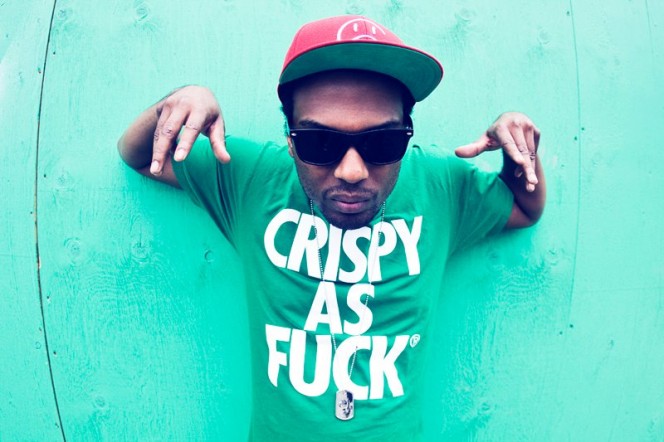 “After seven years touring the world as drum-n-bass maestro Infiltrata, after winning over icons such as Goldie and Photek, John Dadzie gave himself a new name, a new sound, and a new determination. It was 2005 and the gentile beatmaker was inspired by sounds he heard spun by the likes Technical Itch, Skream and Benga. It was dubstep. And it was his calling. Once 12th Planet is born, the story really begins. The British dubstep movement takes hold in LA thanks to 12th Planet and the events he aligns himself with; Smog, Media Contender, HARD, and his own club night Dubtroit. Like the mythological twelfth planet (popularized by controversial author Zecharia Sitchin), our 12th Planet flies perpendicular to the system. His wicked beats are off axis. His subsonic frequencies surround you in their own orbit.” 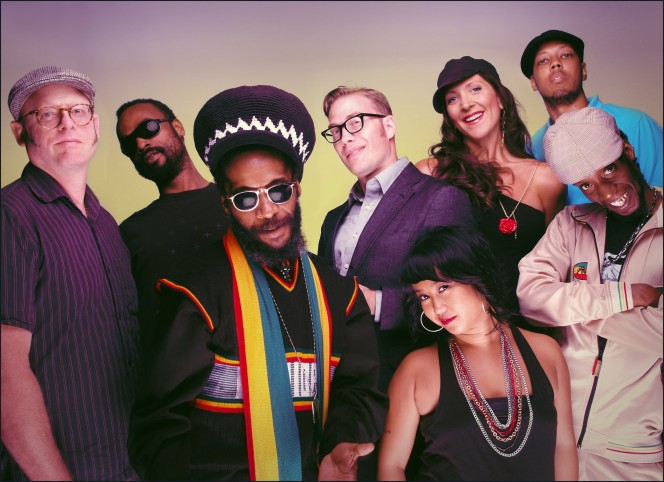 “The Easy Star All-Stars formed over a decade ago and have been at the forefront of a growing wave of non-Jamaican, non-UK reggae acts who have redefined the modern reggae sound. Now with the release of their first full-length album of original material, the All-Stars’ are entering a new phase. “Our tribute albums are very fun to make and play live, but there is so much original music in this band waiting to be heard,” says Easy Star co-founder/ producer/ guitarist Michael Goldwasser, “First Light was a great project for everyone in the band in that they could take a break from other people’s music and focus on their own.” Most All-Stars fans first became aware of the group with the release of their international hit Dub Side of the Moon. 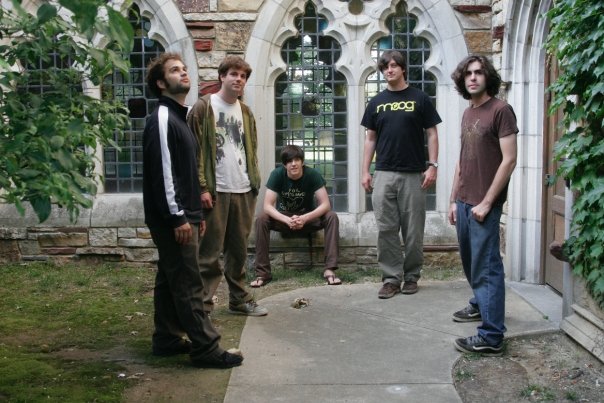 “Forming a little over a year ago, the five members of Zoogma have already added their unique voice to the live electronic-rock scene. Evolving in the Memphis area, Zoogma’s sound can be described as an eclectic fusion of Electronica, Rock, Jazz, World, and Hip-Hop. This blend of genres results in a musical experience that appeals to a range of audiences, with a sound that is refreshingly original yet steeped in the dance music tradition.” 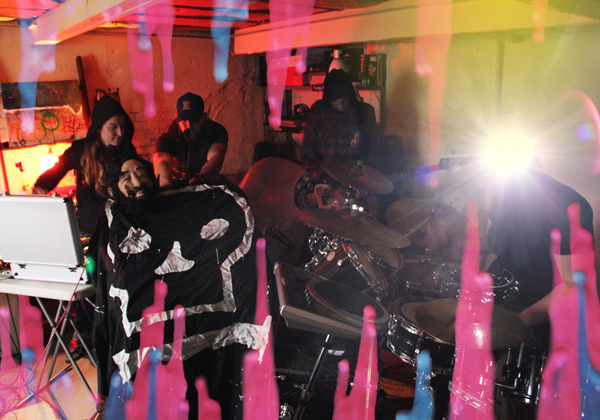 “Black Moth Super Rainbow come from deep within the woods of Western Pennsylvania. An actual, 5-member band not comprised of the expected laptops and sequencers, BMSR is a psyche-pop group in early ’70s electronic clothing. Sometimes the songs feel like pagan rituals in a sugarcoated fairyland. Other times they’re like sad thoughts on the happiest days. All played and lovingly assembled by real people with real hands. BMSR lives and makes music in their own lollipop neon folktale world. Members prefer to go by aliases and stay away from normal press photos so the music is always the main focus. Led by Tobacco (Vox), who does most of the writing and production, the band also consists of Power Pill Fist (bass and atari), Father Hummingbird (rhodes and monosynth), The Seven Fields Of Aphelion(monosynth), and Iffernaut (drums).”

“Nickodemus’ sound is like a traveling circus that gets everyone dancing. It will stop off in India, the Balkans, the Middle East, Spain, North, South, East & West Africa, over to Brazil, Colombia, the Caribbean, up to New Orleans & of course his native hometown, Brooklyn NYC! From his early days DJ’ing at Giant Step parties, to his current party Turntables on the Hudson, (which has been running for over 11 years), Nickodemus always keeps a positive & strong element of funky dance grooves that intersect the new & the old, the urban & the countryside! He has 2 albums & remix albums called “Engangered Species” and “Sun People” as well as 7 Turntables on the Hudsoncompilations to date. His highlight songs which can be found on 100’s of compilations & several Movies & TV Commercials include “Cleopatra in New York,” “Mariposa,”  “Funky in the Middle,” and “Mi Swing es Tropical.” Remixes for Billy Holiday, Nina Simone, Bebel Gilberto, Sultan Khan, Omar Farul Tekbilek, Thievery Corporation & many more exemplify the wide range of music Nickodemus encompasses.” 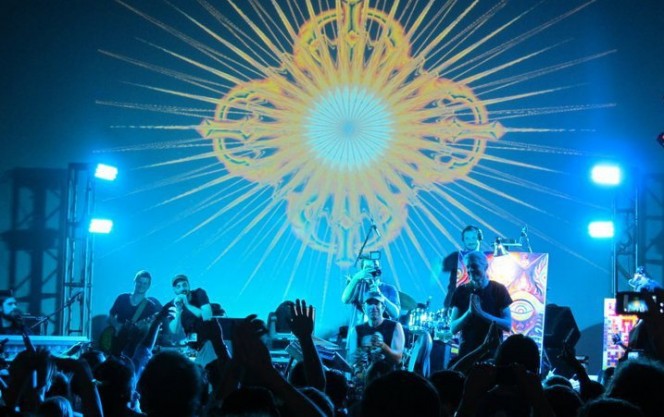 “The Nadis Warriors brand of genre defying instrumental electronic fusion has entranced countless from coast to coast. They draw thier inspiration from the roots of dub, drum’n’bass, trance, funk, and the jam scene. Hailing from Austin, Tx, The Nadis Warriors incorporate subtle rythms and tones that affect the vibration of the listener. With Tibetan Singing bowls and specific chords to affect an individual chakra, they are an electronic excursion through healing and dance. This year alone they have performed at The Manifestation Celebration, Wakarusa, Sonic Bloom and The Big Up. They are also one of a handful of artists to have performed onstage with Alex Grey, and Allyson Grey during Alex’s famed World Spirit Invocation.” 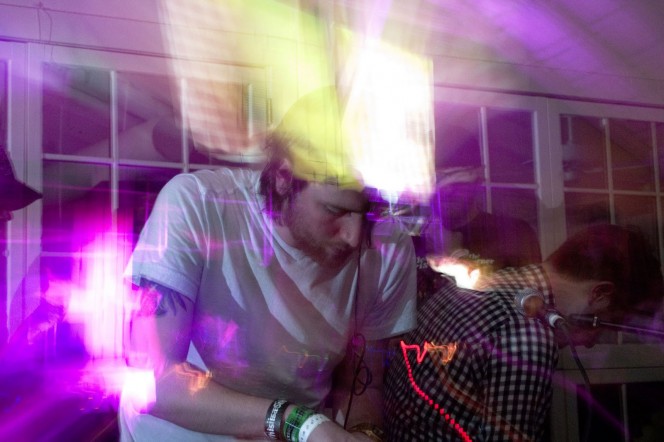 “For the past few years, the DJ and producer born Ashley Jones has been making it rain in the disco with innovative remixes and original tracks. Jones is far from a new jack, having racked up over a decade of international club experience and studio chops as part of the legendary drum & bass group, Evol Intent. Yet as Treasure Fingers, he’s found a way to merge his diverse influences and deep history into a signature sound, packed with intricate basslines, chopped-up, gritty synth melodies, and party-ready drum breaks. It’s already captured the ears of everyone from rock groups Snowden and Miike Snow to house legends Romanthony and Roy Davis Jr (all of whom personally requested the Treasure Fingers remix treatment).”

I’ve gone to an array of festivals in my time. I know Camp Bisco will always shine as the stomping grounds for the Use Your Head crew and Lost In Sound. I am excited to see the outcome of the 10 year anniversary and link up with friends and acquaintances from all around the country. Don’t forget your swimsuit for the get down, or bring a rain coat. Rage responsibly and treat your camping neighbors like you treat yourself, Peace!

Brujo’s Bowl is the alias of Saxon Higgs, a psychedelic master crafting beats out of…