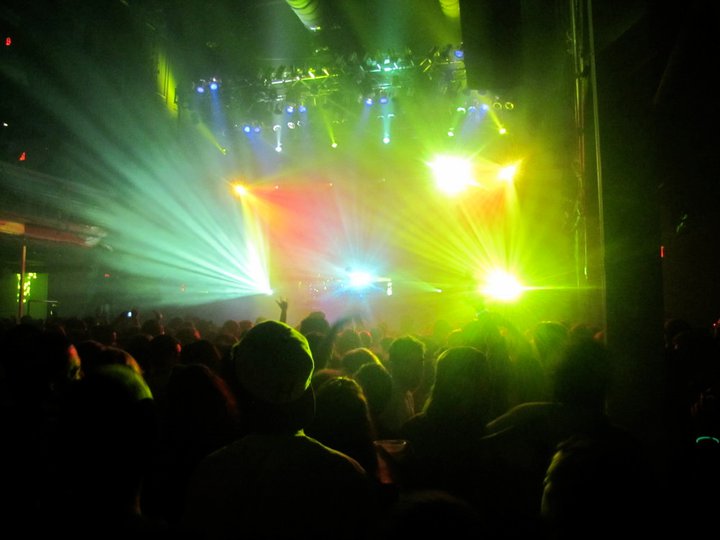 Lotus was my jump off in the beginning of it all. For a significant portion of time I loved them like no other band I had ever seen in my life, and after randomly finding myself at one of their shows years ago, I did not know my life would change in the beautiful ways that it has since. Every band and artist I know of in this “scene,” I might never have come across had it not been for Lotus (I know that might sound strange to those “headier than thou” types) but that’s just how it happened for me.

Needless to say, they have been through a huge transition phase for the past year or so. First, drummer Steve Clemens left the band to pursue fatherhood, and Mike Greenfield came to their aide. Things were obviously not the same for a while (Mike is an amazing drummer, but there is always a buffer period for any new member to become as comfortable with the band as someone who has been playing with them for the better half of a decade), but after a few months it truly seemed like they were starting to mesh. Then seemingly out of nowhere, within that very same year, it was announced that Chuck Morris was no longer going to be touring with the band, and that he would not be replaced. Lotus is a very groove heavy band, so the absence of the percussionist (which was an essential element to the groups sound and appeal) left a lot to be desired. This put Lotus in a position where they would either have to abandon their old sound completely, or work twice as hard to make up for what they had lost. In all honesty, I thought I would never get to see Lotus through the same lens that I had grown to know and love them through, and while it’s an unfortunate situation, that’s just how it was going to be from then on.

Fast forward to this February New York City run… I did not get a chance to catch their shows at Mercury Lounge, but many musicians and fans alike whose opinions I trust, and who have been seeing Lotus even longer than I have told me the shows were fire. For the first time in a while I found myself excited to see Lotus again. However, after witnessing the storm that was unleashed unto Terminal 5 Saturday, it’s all clear to me now…Lotus is back. Mike, Mike, Jesse, and Luke played with a charming confidence, obviously pleased with the current state of their band. There was a perfect blend of old songs (which up until this point had been holding their sets together) and new songs (which have been reworked and developed to a degree that makes them not only tolerable now, but enjoyable and memorable).

A perfect example of this was the very last song they played, “Bush Pilot.” I had seen this track listing on a few set lists in recent months, but had written it off as just some new, uninspired song that I never gave the chance…but Lotus honestly schooled me. Armed with horn samples recorded by up and coming powerhouse, Rubblebucket, this song wrecked me a new one. I could not wipe the smile off my face from seeing a packed Terminal 5 crowd getting down to not only Lotus as a 4 piece, but to their newer songs as well. “Plant Your Root” and “Livingston Storm” were the highlights of the show for me (being as how I am a fan of their Nomad-era work) but I found myself completely drawn by their newer material (even the MGMT-esque “The Surf” was a delight).

Anyone who has had reservations about seeing Lotus lately, rest assured this band is at the top of their game, and they know exactly where they are headed. They have become one of the most exciting bands to be around these days, and I know that I will keep checking them out if they’re playing like this. Stay tuned to Lost in Sound.org for all the latest Lotus news and updates.