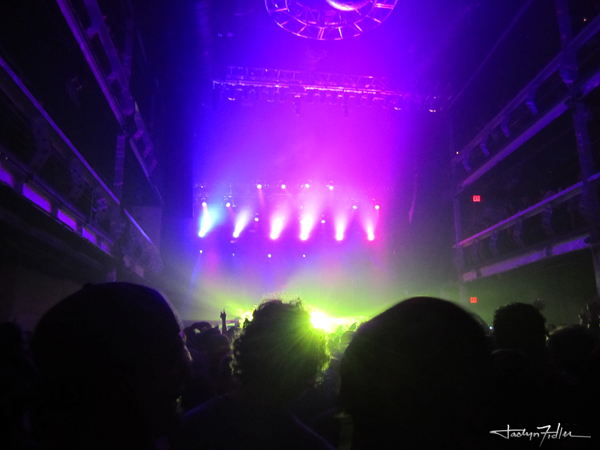 The New Deal made their NYC stop for their Farewell Tour on Saturday, May 7th at Terminal 5. This was supposed to be a “goodbye” to all of their New York fans…but in my opinion it was more like a “hello,” than anything else. I’ve seen Dan Kurtz, Darren Shearer and Jamie Shields throw down their all improv electro dance party plenty of times over the past few years, but something was entirely different about this show. It could be attributed to the fact that this was their “farewell gig” (although they are booked into 2012), or it could be that they have never headlined a gig of this magnitude in NYC before, but I felt like I was seeing The New Deal like I had never seen them before, and I wasn’t the only one. 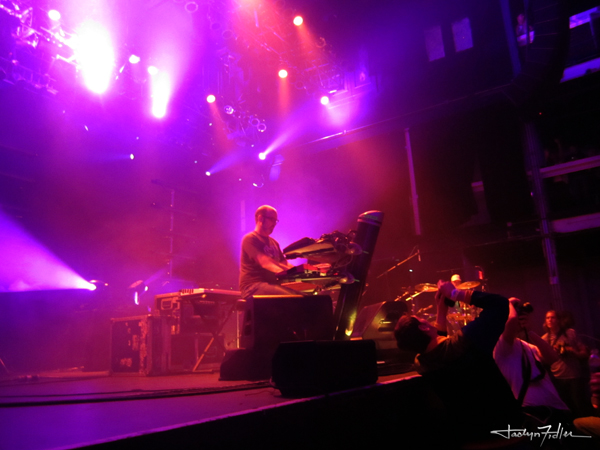 Although the show started off slow with a jambortion here and there, by the time they worked through “Deep Sun” and “Octobong” the audience was theirs. The intensity rose from then on out as they moved through fan favorites “VL Tone,” and “Technobeam.” They worked Terminal 5 from the back to front, and stirred the crowd into a ridiculous frenzy…so much so that when they came out for the encore and did a “Gone Gone Gone,” with Deadmau5’s “Some Chords,” sandwiched in, it seemed as if the venue was literally going to take off the ground. There’s really only so much I can say in words about a show like this, but hopefully these videos  and pictures can help those of you who didn’t catch the show see what it was like, and to help those of you who were lucky enough to be there relive it.

The New Deal will be playing a handful of shows after this tour, including Jam Cruise and Camp Bisco, so catch them while you can…because whether or not there will be a tomorrow for The New Deal, they’re definitley playing like there won’t be.