Welcome aboard the Joyful Noise Bassship, blasting straight out of your subwoofers. Our pilot Aaron “VibeSquad” Holstein will take you higher than you’ve ever been before. Our arrival time into the Wobble Galaxy is approximately 4:20pm. Flight attendants Dawn Patrol and Bass Love will be serving drinks and snacks shortly after we take off.  Today’s drinks include Slayberry, Shnapp, and Slurpeez. For the meal we will be serving a choice of Snackbaskets, Kaleidascones, or Wingbaskets. For your viewing pleasure, we will be showing an in-flight movie, the academy whomp wobbling film, Zilla vs. Sporque. Please make sure your crunk tables and hydraulic seats are in the proper gangster slouching positions.

At this time we ask you to turn off all Ambient and Emo music until we reach a cruising altitude where you still will NOT be allowed to play it. Please make sure all your Groundscores are safely stowed in the overhead compartments. In the very likely event of a sudden loss of cabin pressure, masks will descend from the ceiling at which point dubstep oxide will be released. Do not worry if the bag does not inflate all the way; you will be whomping in no time. Your seat cushions are stuffed with an inflatable Snagglepuss that can be used as a flotation device. We are now turning on the seatbelt sign. We hope you enjoy your travels to Outerbass.

Listening to VibeSquad’s intergalactic Psychedelic- IDM- Crunk beats is like blasting off in a spaceship with hydraulics to a far away wobbling galaxy where life forms dance on shooting stars decked out with chrome wheels. You know what I’m saying? This is the type of music Darth Vader plays when he throws raves on the Death Star. VibeSquad’s new album “Joyful Noise” is his most recent cosmic masterpiece. With 13 tracks that will blast you off the planet, Joyful Noise is yet another adventure inside the brilliant mind of Aaron Holstein.

On his most recent tour to promote his new album, Holstein performed in Manhattan at Pianos on 158 Ludlow St.  Holstein’s energetic performance melted the crowd into pudding people. There is no question that Holstein loves his job, as he did not stop smiling the whole night. It is always a pleasure to watch musicians have just as much fun raging their own music as the fans (Holstein’s very close friends EOTO should come to mind). After his Manhattan performance, LOSTinSOUND had the privilege of interviewing Captain Crunk himself:

LiS: What makes ‘Joyful Noise’ different from your previous albums? What makes it similar?

AH: ‘Joyful Noise’ is a thick, bassy, heavy but positive, flowing, and emotional album.  It is different from ‘Dawn Patrol’ and ‘Bass Love’ in ways that are hard to explain, but i like to think there is a style and sound that connects all 3 albums. That was kind of a non-answer, sorry 😉

AH: On average, each track takes me about 1 week.  These days I have been getting a bit faster.  I always have a ton of half finished stuff waiting to be completed and I start new tracks almost daily. So, there is a pool of about 50 tracks at all times in all states of finished-ness.  I like to try to put out a couple of albums per year to keep things fresh. Some of the tracks on ‘Joyful Noise’ took up to 6 months to finish.  I think I did “Bunsen Burner” in the final week of production before the release.

LiS: On the “About You” section on your website, it says you used to be obsessed with breakdancing. Do you still breakdance? What was your biggest attraction to breakdancing?

AH: I still like to tumble.  Flips and handstands and stuff.  I did gymnastics all through childhood.  A breakdance crew called “Break Effex” has performed at 2 VibeSquaD shows at the Fox in Boulder, CO. I like breakdancing, acrobatics, snowboarding, all for the same type of reason: playing w/ the force 😉

LiS: What instruments- both organic and electronic- do you use to make such intergalactic beats? What programs do you use?

AH: I love making music with computers.  I am a recovering guitar player.  I almost never pick up a guitar or bass these days.  Over the years I have compiled a huge library of sounds that I know well. Many of these sounds I record myself out in the world and turn into samples in the studio. I use Reason, Cubase, and Ableton for hosts.  Lately, I like Omnisphere, Alchemy, my Moog Little Phatty for synths.

AH: Yes, I would like to.  I went to college in Amherst and Boston, Mass (a loong time ago).

LiS: What is your next biggest passion after music?

LiS: Your bio also mentions that you are married with two kids. Do your kids listen to your music? I have noticed that you have some little kid vocal samples in some of your songs; are those your kids?

AH: My sons (5 and 9 years) love music.  They come down to the studio and rock out.  They also have had a blast destroying my old vinyl record collection and my turntables 😉 My older son is taking piano lessons, he tears it up 🙂 Yes, the kids samples are my boys 🙂

LiS: What’s the next move for Aaron Holstein as a member of Sporque and Zilla?

AH: Not that much, due to the fact that all of the various members are busy with current projects.  Zilla will be playing a couple of times this summer, but Sporque has no dates on the books.

LiS: What’s the next move for VibeSquad?

AH: I am currently working on a vocal album.  I am giving the side project a new name, “orphanAlien.” It is definitely a VibeSquad sounding production, but I am doing all of the vocals myself. I can’t wait for people to hear this stuff, its on some whole other trip. Look for a summer orphanAlien release and then an October VibeSquaD album release on 10.10.2010!!

AH: I’m not good at picking favorites, I love everybody…. 😉 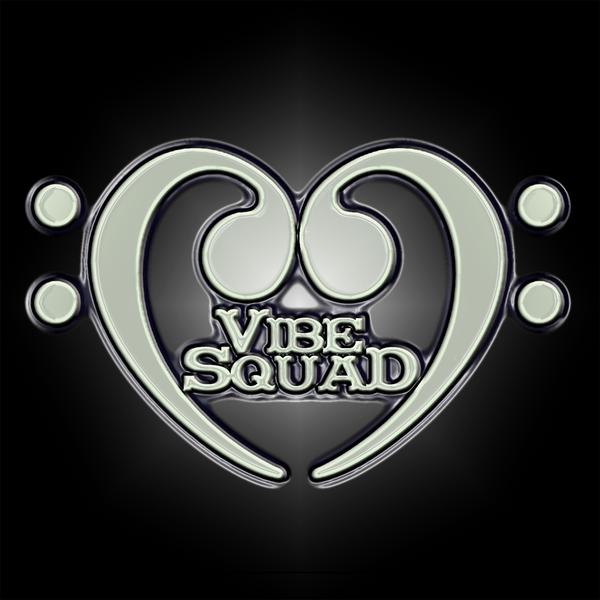