More fiya from Israel, in Capsula form.. Yosi Shamay is quite literally a mad scientist, spending his time in various labs, brewing up new psybient substances to heal the masses. His technical mastery and precision allow for a freedom and creativity that permeates his music.

He studied Chemistry and Biophysics at BGU University from 2002 to 2005, then started his Master’s degree in Clinical Pharmacology, researching drug delivery systems for cancer. At the same time he was performing live around the globe and started work on his second album.

Like other favorites Entheogenic, Shpongle and Shulman, Capsula transports listeners to moonlit deserts and dense jungles where UFOs have crash landed. Tribal and drawn from a myriad of influences, the music twists into glitchy circuits, flickering holograms and howling corners of the cosmos. 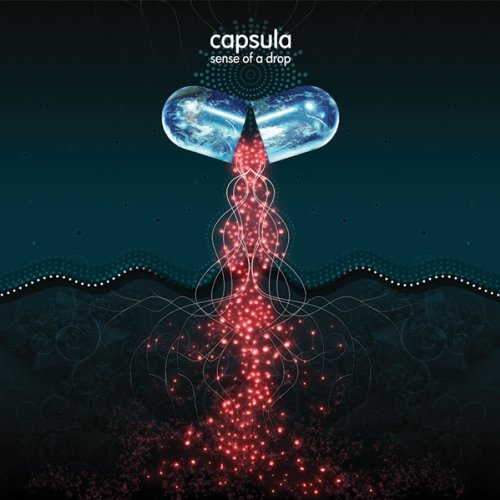 Why is it so irresistible to mix futuristic effects and production techniques with samples from the third world and millennial melodies from Asia and the Middle East? Staples of electronica like conga drums, Reggae beats, sitar samples and African tribal vocals imply a widespread fascination with combining the most analog and digital elements, juxtaposing them and weaving them seamlessly together into a newly evolved style with the strengths of both its cultural parents.

Yosi began producing music at 16, making goa-trance using simple trackers and guitar. After upgrading his software and equipment, he played around with different styles like breakbeat, drum n’ bass, and house but never released it. After a lot of mind opening travels in the trance culture throughout Australia, New Zealand, Thailand, India and Europe, he decided to focus on psychedelic chill-out. His main influences come from gurus like Terence & Dennis McKenna, Alan Watts, Carlos Castaneda, Jonathan Ott and Alexander Shulgin.

He succeeds in creating music which induces an exploration of one’s inner experience. His bag of tricks includes hypnotic loops and vocal samples that speak to the universal, the non verbal logic of dreams, and the humorous side of mystical experiences.

He released several tracks on compilations in 2005 and his debut album ‘Synthesis of Reality’ was released on Ajana Records that same year. ‘Sense of A Drop’ came out in 2009 and is solid all the way through.. Is that a Tool guitar sample in this first track? Gangsta!

I Still Know That I Know

For a musician, what could be better than making a career out of creating music?…