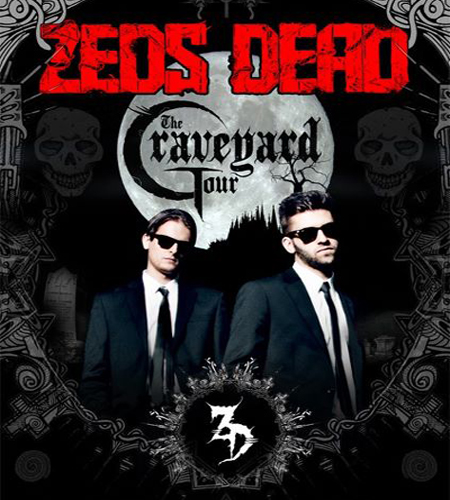 Hailing from Toronto, Canada, Zeds Dead is currently amidst their “Graveyard Tour” destroying dance floors from New York to Las Vegas and everywhere in between.  I was able to catch their show at Toads Place in New Haven, Connecticut, which was one for the books.  Toads Place is an iconic venue, playing host to epic acts over the years such as The Doors, The Rolling Stones, Wu Tang Clan, etc.  This was the first official Dubstep show I’ve caught at Toads Place and I was pleasantly surprised.  The sound was better than expected, as DC and Hooks were able to throw down their heavy, unique sound with ease.

The overall vibe of the show was great, for such a legendary venue it seemed quite underground.  There was no intricate light show or immaculate stage set up, just two dudes on the decks spinning for a very grateful crowd.  As I was on stage getting down with Zeds Dead, I almost felt like I was in a house party raging with the homies.  Toads Place is definitely an up and coming venue (electronically speaking) and we all look forward to more shows of this caliber.

Zeds Dead opened their set with one of their best known bangers Out for Blood Ft. Omar Lynx, which immediately set the crowd into a frenzy.  After they broke in the crowd for ten minutes or so, DC and Hooks asked New Haven if they were ready for some new Zeds Dead.  Already becoming one of my favorite tracks, Bassmentality – Zeds Dead Ft. The Killabits shook Toad’s Place to its core.  As their performance peaked, so did the crowd and there was nothing better than to experience it with some filthy hip-hop remixes, most notably Dead Prez’s – Hip Hop.  To cap this performance, DC and Hooks took time to say whattup to their fans as the beautiful voice of Sabi introduced their encore.  Wild Heart (Zeds Dead Remix) was a perfect way to say goodbye to New Haven, leaving their mark on Toad’s Place and everyone in it.

Most people believe the sole origin of the name Zeds Dead comes from Quinten Tarintino’s film Pulp Fiction, but that’s not completely the case.  As this reference holds true, Zeds Dead was actually inspired by the duo’s real names, Zack and Dylan.

Zeds Dead‘s ‘Graveyard Tour‘ also came to New York City over the weekend of October 8th. Best Buy Theater in my opinion was not the best place to enjoy Toronto‘s earth shattering bass monarchs. However, The last time they came to New York they tore The South Street Seaport (Pier 17)  up at the Mad Decent Block party.

Surely this time was no different than the last, armed with a great opener Mt.Eden. I wasn’t able to catch all of Mt.Eden but I did however catch them drop Pretty Lights ‘I Know The Truth‘ which has been a banger since it’s release. I also caught some kids drop vocals over some of the tracks that were dropped. Overall  a perfect hype for the set about to be uneashed by Zeds Dead.

They opened their set with ” Oh No ” one of their more laid back tunes which I personally love. They transitioned in and out of songs I’ve learned since I first caught onto them over a year ago. Songs that caught my attention were their new singles ” Rudeboy ” and ” Rumble in the jungle”  two tracks that alone can get any music lover off their ass and making moves on the dance floor. They had alot of hip-hop mixes as well that I was able to capture. One being Drake‘s “Im on one” remixing his vocals into their take of the song itself. Overall, the show was a great success to both the performers Mt. Eden and Zeds Dead. Shout out out to Rephlektor Inkorporated for giving me the opportunity to video tape the show! 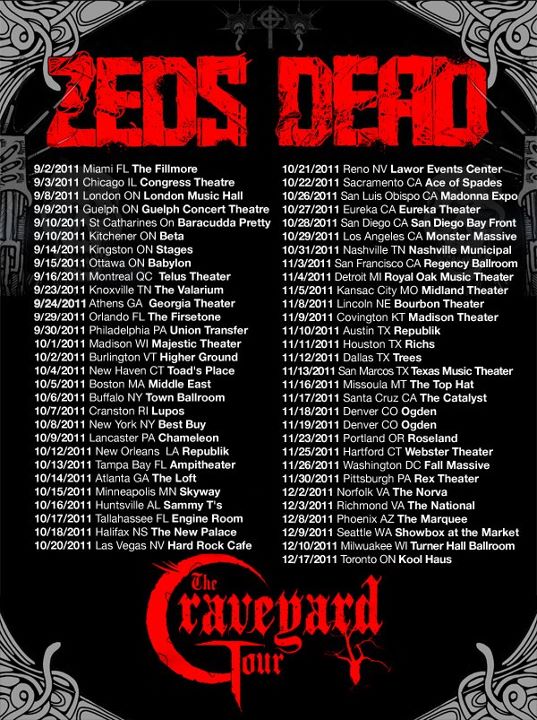 Zed’s Dead’s Tour Continues all the way into December so make sure to catch them if they are in your area. I am impressed to think that they have kept me on my toes with banger after banger since I’ve first tuned into them. I can’t wait to see what is in store for us in the future!

From June 12-14th, Arizona’s beloved Firefly Gathering will unfold amidst the pines and cool mountain…