My plane landed at itsy bitsy Arcata airport at 10pm on a Friday, as the torrential rain had just subsided. First stop? The Rage Compound, home to East Coast transplant producers Dyaphonoyze and Langston Ques. Often using funny or inspirational samples, Langston lays the beats down on the MPC-1000 just the way I like it – nice and steady in a way that makes the dancer in me pop and kick it, no effort necessary. 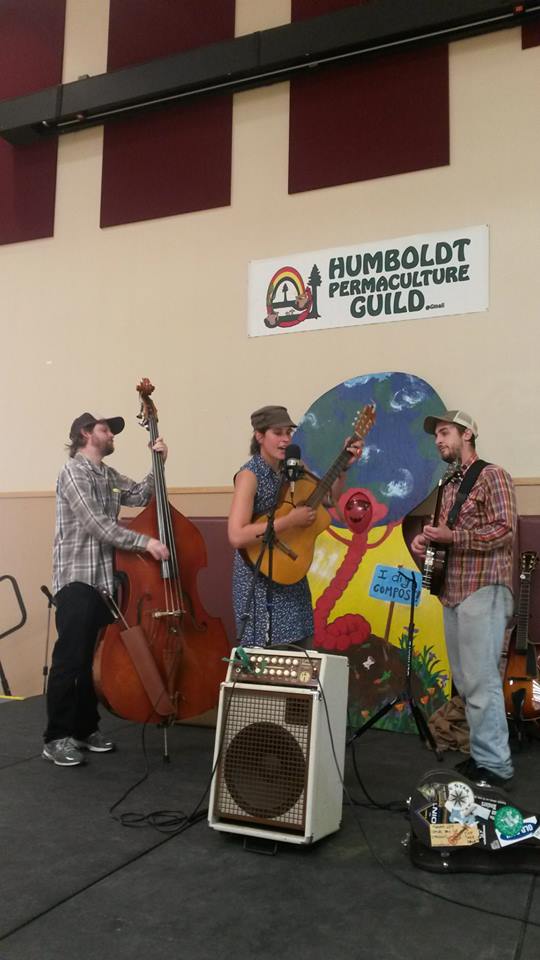 The next morning I headed to the Humboldt Permacultue Guild’s 16th Annual Seed and Plant Exchange; what a wonderful affair it was. Humboldt County (or as some call it – “Humboldt Nation”) is renown for their pot, but even more prevalent is its citizens desire to be self-sufficient. Vegetable and fruit home gardens are as plentiful as cops are in New York; they’re everywhere. Planting season starts now, and the seed exchange was a meet up for people to offer what they have and enjoy what others had to share. As I walked around checking out the booths, I came across “Humbucks.” It’s self-described as a “free, non-monetary, web-based trading system in Humboldt County… It is your receiving that gives others credit, and repay your debit simply by giving your time/skills/goods back to the community at large!” – This place is for everyone. Maybe you have yard work or construction to offer or need it. Or you have too many fresh eggs from your chickens, but you’d like some fresh honey. Maybe you need a massage and can do someone’s taxes. Things are done on a trade basis, and you earn or spend credit in the form of Humbucks. You can also charge partially in dollars too, in case that’s what you need. I love this concept – the trade and barter system. It’s the world’s oldest economy. Recently I’ve been exploring the new currencies out there like Bitcoin, Dogge, etc., but systems like Humbucks are the most tangible out there. As I ate delicious mashed potatoes with mushrooms and cashew gravy (cashews are the secret ingredient to many vegan dishes), a delightful 3-piece jazzy folk-ish band (upright bass included) twanged away on the stage. The trio consists of Lyndsey Battle on guitar/ukulele/vocals, Cory Goldman on banjo/guitar/vocals, and Brian Hennesy on bass.

“The Humboldt seed exchange yesterday was an awesome example of individuals in this community’s willingness to give to others and share in their abundance. It reminded me that this trait of the community to be givers and prosperity sharers is one of the key reasons I chose to settle here in Humboldt. When we give to others and share with them the sweetness of our lives, we end up getting so much more back from it, all of us. I encourage everyone to shift perception from ‘what can I have/get out of a situation’ to ‘what can I give to a situation!’ Here is a song I wrote called “Give Back” off my new mix tape album that rally’s around this mantra. Listen to this to get some inspiration to share and give back to the world today. My humble gift. Peace!” – Zach Zigzilla Lehner

After the seed exchange, I joined some friends at the Moonstone Beach Grill, a fancy joint on the jagged-rock picuresque coast in Trinidad. We enjoyed the dining experience to the fullest extent, and by the time we got back to Arcata it was 10:30. We had tickets for Zeperella, an all-chick Led Zeppelin cover band. I’d heard about them for five or six years and was psyched that the stars had aligned. They played at Humbrews, a restaurant/beer venue whose website said the show was from 9:30-12:30. And that night I was unfortunately reminded that not everywhere operates on the New York timeframe.

It took 20 minutes to get a beer. I can’t hate too much on the bartender, because he was always on the move, however, I feel that the venue management could have had the foresight that a packed show would warrant an extra person behind the bar. My friend (from New York) made a point that California is not known for their amazing service industry. At least the beer selection was up to par – I had an Alaskan Hopthermia Double IPA. I went into the sideroom where the room was packed (and there was another bar with less of a selection). The ladies on stage – wow! I’m not very much into one-band cover bands but Zeperella does it right; the hype was justified. The sorcery that is Led Zeppelin was perfectly conjured up by the talented enchanting women on stage.

I caught two songs or so and then another friend arrived. We went outside for a few minutes so he could drink his pint of whiskey (there’s no liquor at Humbrews) and by the time we returned, the show had ended. It was maybe 11:30. What the fuck?! Now, I don’t know what exactly was at play here. I will not place blame on anyone. Zeperella rocked it for the bit of time that I caught them. If they felt they had to end when they did, then so be it. I just wish the show ($20 per person) wasn’t advertised to go until 12:30. Bars close in Arcata at 2am. I do remember walking into the venue and walking past a bouncer who said the show was over and was in the mode of closing up shop and discouraging patrons from entering. To me, this indicates that the venue may have been behind the early-ending show. It was a disappointment, and reminded us that no, we are not in New York anymore. I take it as a learning experience- now I know, if I go to see a show at Humbrews, I should not arrive fashionably late. And the show might end early. (This is bullshit to me…) But at least now I know. I’m not sure if it’s culture shock or just a lackluster location. Either way, I will survive.

The next day, I inquired with a local friend about whether or not Humbrews ends their shows early… Turns out, they do this on the regular. My source was at a Devin the Dude show and the sound was cut off while the artist was in the middle of a song, blind-siding Devin the Dude. While I do not support shit-talking, I can say for myself, that a venue priding itself on hosting live music should have more respect for both its artists as well as its patrons. If a venue knows it’s going to shut down at a certain time on a regular basis, then it should not advertise otherwise and it should communicate its protocol beforehand with performing artists. Come on…

Two weeks later I was back at Humbrews for a local DJ event put on by Storytime and the Deep Groove Society. Some nice house, much quicker bar service than the week before, cool people, and a $5 entry for the event which did not end early. Perhaps the larger/touring artist events at Humbrews end early; maybe they have different sound people who are just humdrumbolty/unenthusiastic about musical performances. Luckily, for a quaint hippy college town, Arcata has other venues worth checking out. Jambalaya, the Arcata Theater, the Portugese Hall, etc. are just a few of many establishments that have a steady flow of remarkably talented musicians (including electronic producers from around the globe). If you find yourself in the area and are craving some nice beats, checkout Sundaze or Whomp-whomp Wednesdays, two weeklies at Jambalaya- Music Calendar. And if you play your cards right, you could end up at a free outdoor party in the woods with no hassle from the man (which is how I spent last weekend…) or at a silent disco on Moonstone Beach – things that don’t happen in New York but are the Humboldt norm… 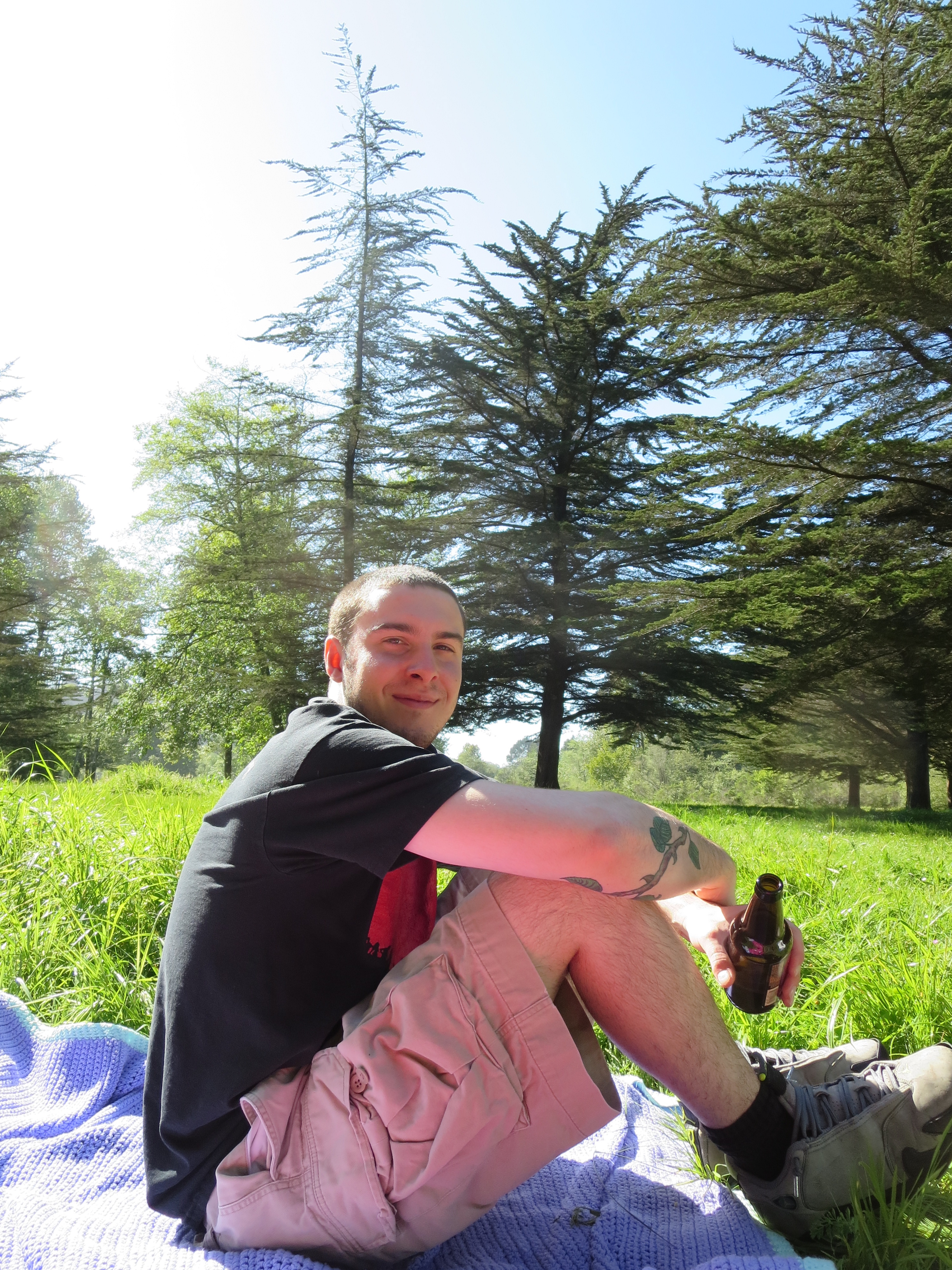 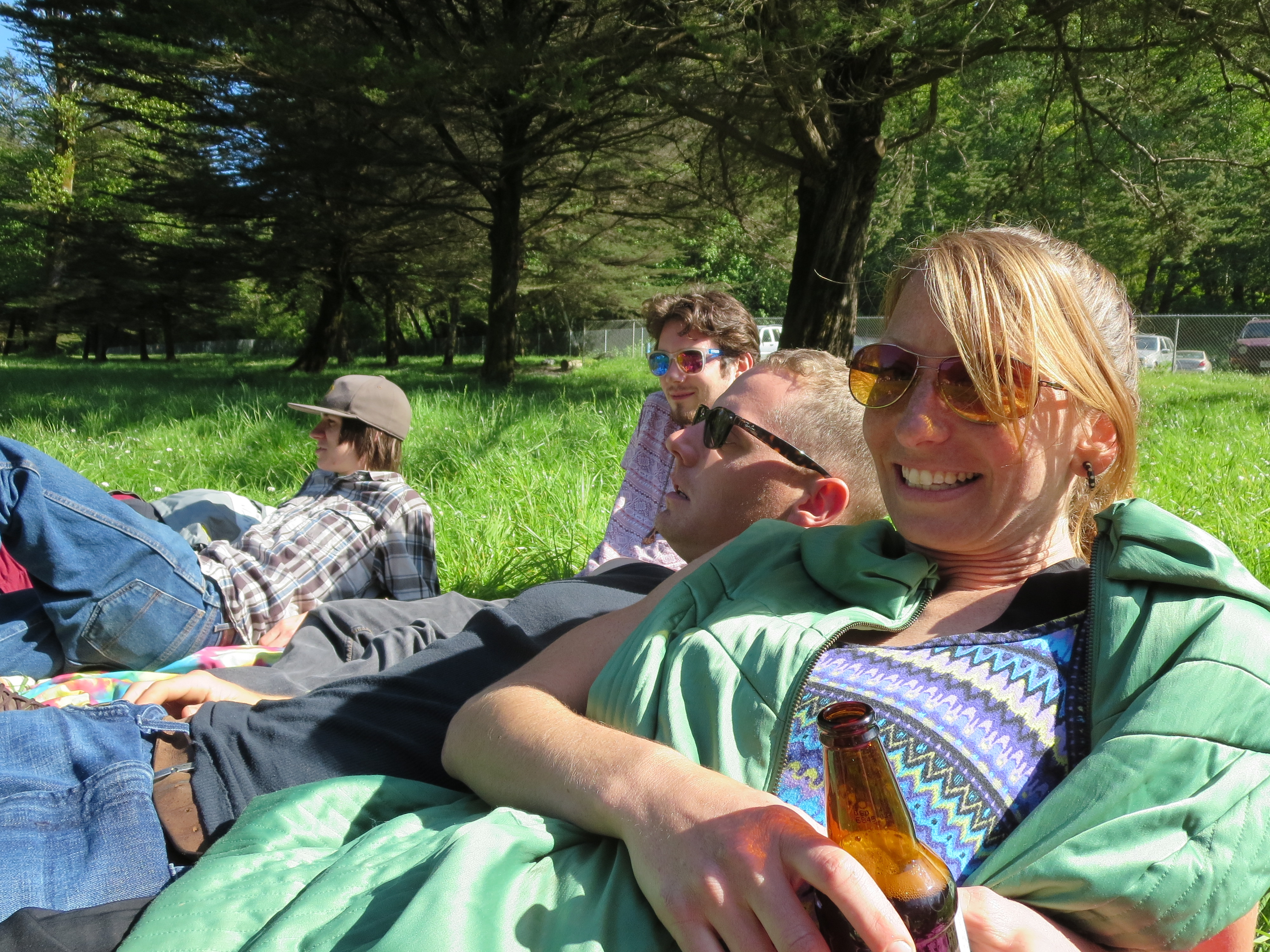 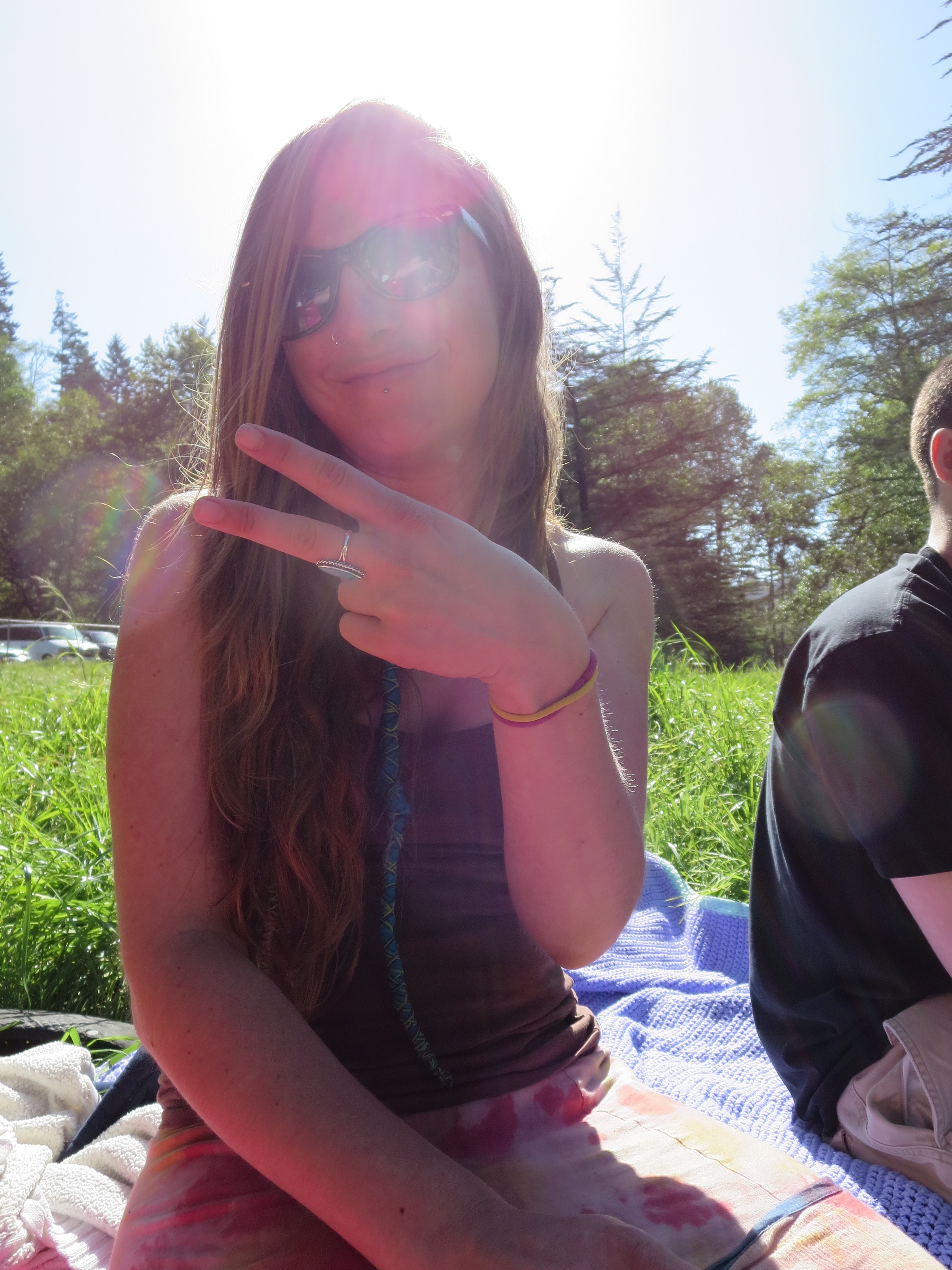 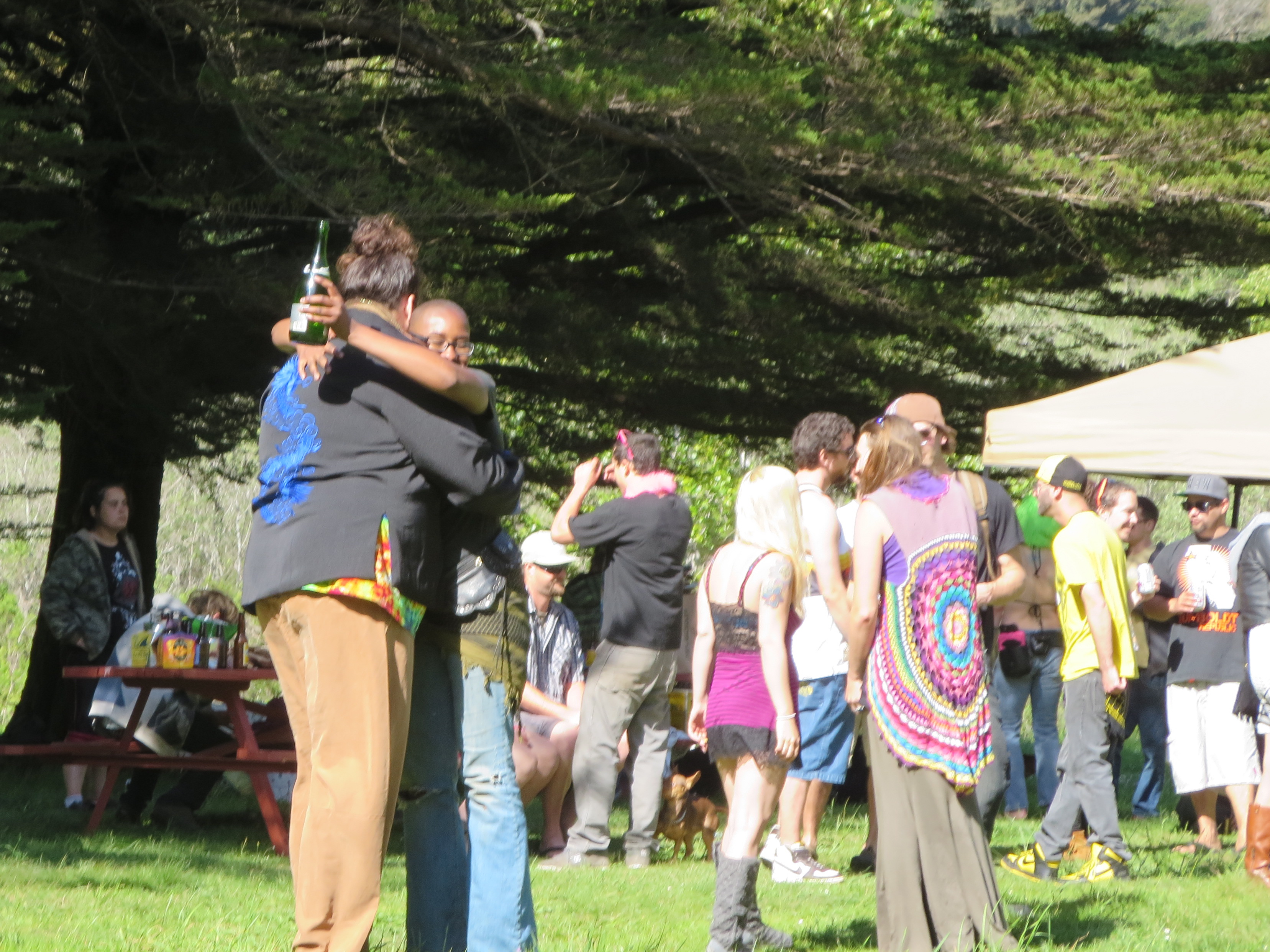 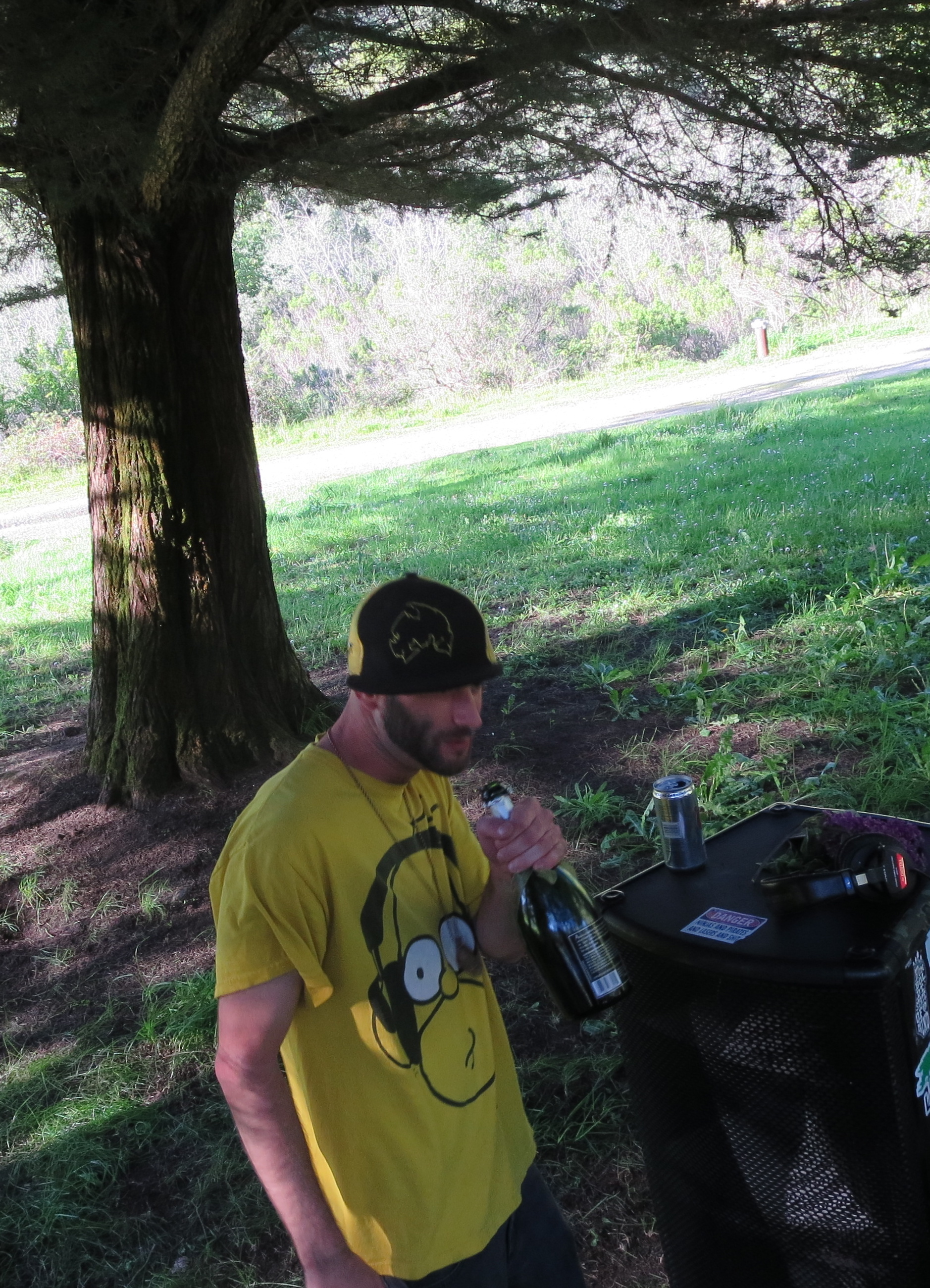 An electronic party in the park, just outside Arcata on a Sunday. A handful of local DJ’s performed, including Dyaphonoyze Hardware (pictured above).