My red-eye from the East Coast and Europe landed in Sacramento on a Thursday afternoon, and my friend Danny was waiting at the airport for me with a real-deal cardboard sign and everything! After getting supplies in Chico, the sun crept down upon us as we went towards the Plumas National Forest. We renegade-camped near Pulga, an unincorporated little place pretty close to our final destination of Belden. Renegade-camping in Northern California can be very risky… I don’t like to do it too often since you never know who or what’s actually beyond where you’re at. The last thing I want is a paranoid shady character emerging from the woods armed with an AK-47, thinking I am there to steal his weed crop. We were safe that night, but really – it’s a completely valid danger that may strike people from the rest of the country as bizarre. And that’s what it is, I suppose – bizarrely wild. There’s a vast wilderness in California that is simply breathtaking, and the festival community is so lucky to enjoy it!

Soon, we arrived at Belden. Things were a bit different logistically this year than last year. We could unload our stuff on-site and park the car off-site. Last year, we parked the car off-site, unloaded our stuff, waited for a shuttle bus, re-loaded, unloaded, etc. I prefer this years system. After unloading the stuff, right away I caught a ride with BC, an older security guy with a quad and a trailer hitched to the back. The only carrying I had to do was maybe two minutes, from where he dropped me off with my stuff to the spot I decided to camp at.

We had a spot in the sun, and within a few hours, our neighbors were playing really good live music. I ran over to see what the deal was – turns out they’re a band called Soggy Matches, from Sacramento, and were on the lineup for Saturday. We had some lunch at the restaurant/bar on the property, and this guy was playing the coolest thing ever. It’s this round metal-like drum shaped sort of like a flying saucer. The guy’s name is Manny, and he builds the instruments by hand and even builds the tools he uses in the process all by hand! This melodic, soothing multi-noted drum is ASTOUNDING – Check out his website HERE.

Danny and I made it down to the beach stage, which is set along the Feather River, with mountain views. Push/Pull, who’d come all the way from Asheville, NC, had a set with some jazz in it, which I liked a lot. Chey Figs was a great showman who dances a lot while he plays and is very present. The main stage was started up by Chlorophil, who played a mostly chill set including a Lykki Li remix I loved. I went back to the beach stage and was lucky enough to catch Harris Pilton, whose physical movement while mixing illustrates the ART that exists in DJ’ing.

Saturday Soggy Matches did not disappoint. The trio held it down at the base of the Pharoah stage. Vocally, instrumentally, poetically – these guys have it all. Their set was an organic beautiful contrast to the electronic music that defined most of the weekend. This band is extremely talented, and I hope to see them grace the stage at more venues… From there, we got to the beach just in time for Dat Girl. Danny, (who used to DJ 80’s and 90’s hip-hop down in our town in Guatemala) loved her! Yeah, understandably. She has a huge hardware setup right in the midst of the dance floor, and mixes music in real-time, while rapping into an earpiece microphone and dancing. Her lyrics are hilarious – she is quite the wordsmith. I enjoyed her set last year, but this year she topped it, and I can’t wait to see her again. Somewhere, someday…

I got some seriously-needed rest Saturday night (was crazy jet-lagged), and I awoke refreshed and ready to see Nick Nyquil and DJ P. However, I heard through the grapevine that DJ P was kicked off the property due to some inappropriate behavior upon his arrival. It must have been REALLY inappropriate to get the boot! I was a bit disappointed to hear this, since he was the main artist I’d been looking forward to seeing, but I didn’t dwell. I’d rather have people who do fucked up things in this community face consequences as opposed to not. A guy named Carl took his time slot and was AWESOME. He remixed classics I love like Johnny Cash‘s “Ring of Fire,” some songs by UB40, and the Rolling Stones. Nick Nyquil was impressive as usual, especially with Paul Simon‘s “50 Ways To Leave Your Lover” and John Mellencamp‘s “Jack & Diane.” He brought a really nice vibe with him on stage that flowed out into the audience on the beach. DJ Vadim was AWESOME too!

I met a guy named Matt Christ, who was serving complimentary tea. The one I tried was a blend of teas from 6 different regions in China, including one that’s aged for 16 years. Matt provides “nourishment and revitalization for people who’ve been expressing at a high rate.”  He “shares the wisdom and knowledge of gung fu tea ceremony,” and is one of those genuinely nice nice people full of smiles inside and out. Thank you Matt, and all the other fabulous participants I met last weekend. Stilldream was a lovely closing to the 2013 festival season and a perfect way to welcome Autumn! 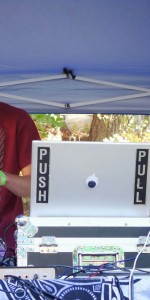 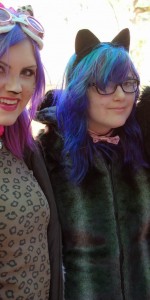 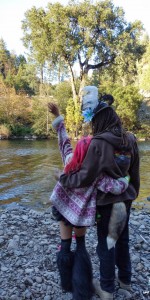 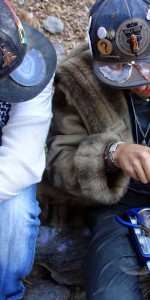 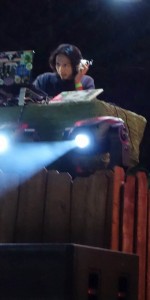 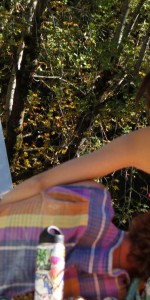 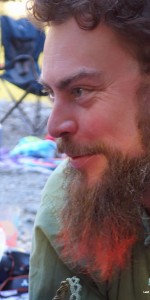 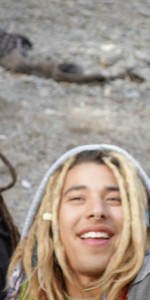 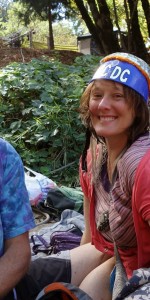 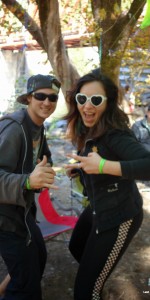 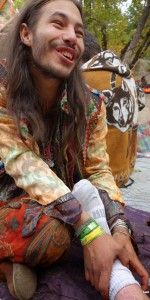