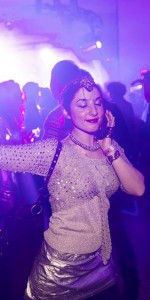 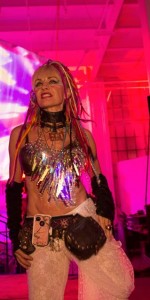 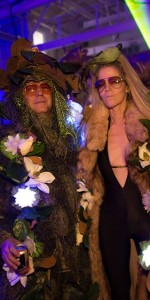 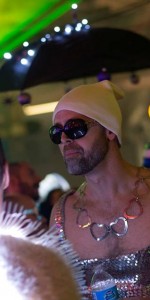 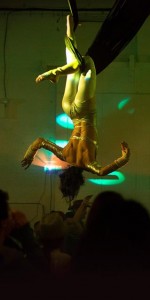 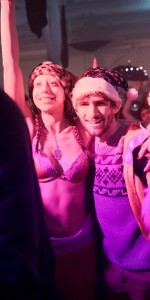 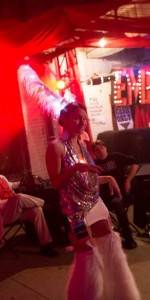 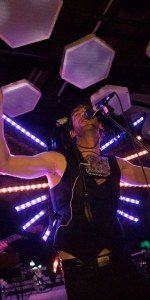 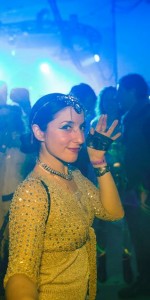 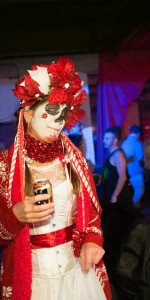 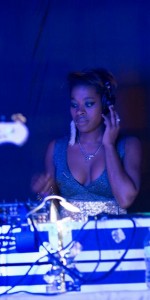 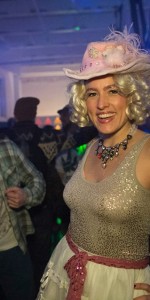 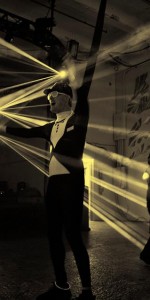 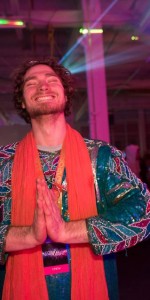 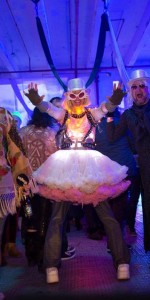 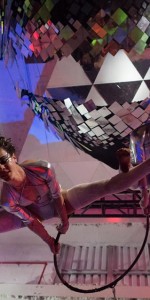 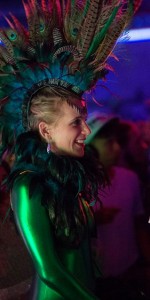 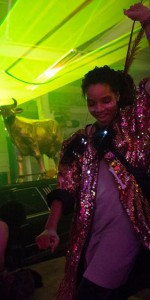 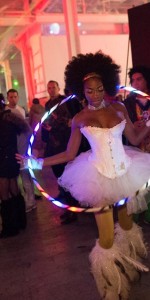 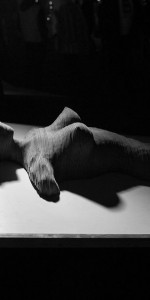 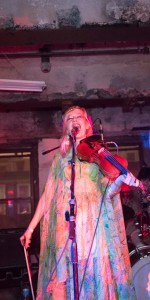 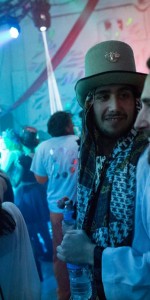 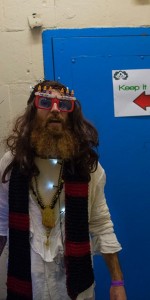 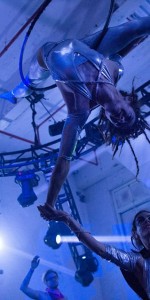 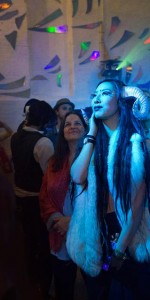 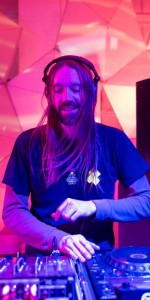 Authors Note: BIG SHOUT OUT to Eraj Asadi for letting LiS use his spectacular photos!

After a last-minute decision, I attended Gratitude: Cosmic Mirrors in Brooklyn, and it left me feeling so very proud of my community! I’d attended the event with satisfaction in previous years, however this year I wasn’t sure I’d be able to muster up the energy Saturday after partaking in an intense healing ceremony all night Friday. But after some rest, it just so happened I was good to go. After all, I had to see what the hubbubb was with the new venue I’d been hearing about…

We arrived pretty early (by my standards) because we knew that 60,000 square feet of terrain would be a lot to cover. I kept hearing about how grand the space was, and… Yup, it was! Gratitude producer Drew Meeks was right in the nitty gritty mix of things, doing entry and handing out bracelets. There was a gaggle of cops hanging around inside, a few of them walking about, and it weirded me out a bit because, well… They’re cops. In an online interview, I later asked Daniel Zen (one of the event producers) about how this worked since cops hanging amidst the party is something new to me at Burner-type events. But it also made sense since the event was so large.

“We had Police outreach before the event. We and our security staff met with them to make sure they knew what our plans were, and to make sure that all of our paperwork was in order,” Daniel told me. Gratitude had a security liaison and hosted a meal for the security team (from the same firm Gratitude used in 2012) before the event along with the Love Patrol, a group of volunteers who looked out to see that everyone was having a good and safe time. Upon my arrival, once I got past the overall awkward presence of the cops, I could see that a lot of time and effort went into acclimating them beforehand to the party climate.

On the first floor, there were two main stages and a few party buses and art cars. The Bluebird bus had my homeboys Cumba Mela holding it down hard all night, but I only got to catch them play early on because it got so jam packed in there. The Resonance Stage, curated by Dallas Wonderland, had a huge beautiful egg made of mirrors and hosted a slew of West Coast favorites – the Black 22‘s, Love and Light, The Human Experience, An-Ten-Nae, along with aerial silk performers and belly dancers. Food vendors included Barry’s Tempe Burgers, It’s Veggie Time soups & casseroles, Nuchas Empanadas, and Brooklyn Organic Tea, Coffee, and Juices. I noticed that they had cider amongst the alcohol to choose from at the booze vendors, and although this was the one time practically ever I wasn’t drinking, I was still so pleased at this option as well as the choice of beer. Things like that matter to me – if I am going to spend a bunch of money on alcohol I want to at least enjoy the taste, you know?

We made our way up to the 2nd floor, and it was a completely different atmosphere – darker, with lots of different theme camps, vendors, music performances, and art installations. Two sculptures by Chris Carnabuci caught tons of attention – thinly-sliced wood layered into the silhouette of the female form, accompanied with quotes from Mary Shelley’s Frankenstein. The quotes especially gripped me, since I’d just been through a tiny bit of hell and back in a ceremony on the previous night. The installation (possibly called “The Twins”) won an award for Excellent Art at Burning Man and was displayed in front of the Psyclone Camp. Past “The Twins” was the Fleeting Dream Stage, which I was first drawn to like a magnet, as sounds similar to Nicholas Jaar beckoned me.

Turns out it was Resy, a fairly new DJ on the scene who never ceases to impress my friends and I. Her sets are the perfect combination to evoke both emotion along with the raw human urge to dance through it. After a bit a live band joined her, and this really caught peoples attention. The band is called The Adversary, and the lead singer Andre Mistier, clad in whacky warrior gear, could really belt it out. We especially enjoyed their version of Prince‘s “When Doves Cry.” Another set I loved happened a little later on the same stage – a DJ duo called The Golden Pony. These boyz know how to party. They danced shirtless while DJ’ing and anyone within earshot came to hear their beefy bassy beats. Their energy was ultra-high, buzzing its way from the stage throughout the entire dance floor. Bien Hecho…

TJ, the manager of the main stage on the first floor, was the man. He kept me abreast on the names of a handful of some good DJ’s new to me, and by far, my favorite was Anthony Mansfield. Based in the Bay area, he might be my favorite DJ at the moment. We caught him on the main stage on the first floor and got SERIOUSLY down on some palettes that served as a dancing platform… Right over near the black old-timey limo with the giant golden bull statue. Anthony Mansfield blew New York outta’ the water! I know, I just know, that he made every person dancing feel not only good inside, but fucking cool. ‘Cause his beats are like lines of world-class pink Bolivian marching powder – they make you feel like Superman. And Superwoman. At the same time. Cause they’re that good (s0 I hear). I look forward to his return to NYC at some point, and might have to facilitate it (in case any of you partymakers out there are interested…).

After Anthony Mansfield, DJ Connie carried the torch and continued to light the marvelous way. And shortly after she ended, around 3 or 4 AM, my little posse of ladies decided it was time to go. We missed the cops shutting down the party (which was supposed to go ’til 6AM)… NYC is really experiencing a dark age of nightlife, and it’s an issue that I might have to investigate further. But for my experience at Gratitude I can say that I am so proud of my community. Gratitude is paying it forward, too – a great deal of the proceeds from the event are donated to other organizations like Figment Project and Dance Parade, as well as causes like Burning Man Project and Burners Without Borders. Thousands upon thousands of people were in attendance, many of which were not in costume and were not accustomed to Burning Man events, principles, etc. They came for the good party, they got it, AND they became a part of our world. Which is now their world. A fucking fabulous world full of such talent and love!