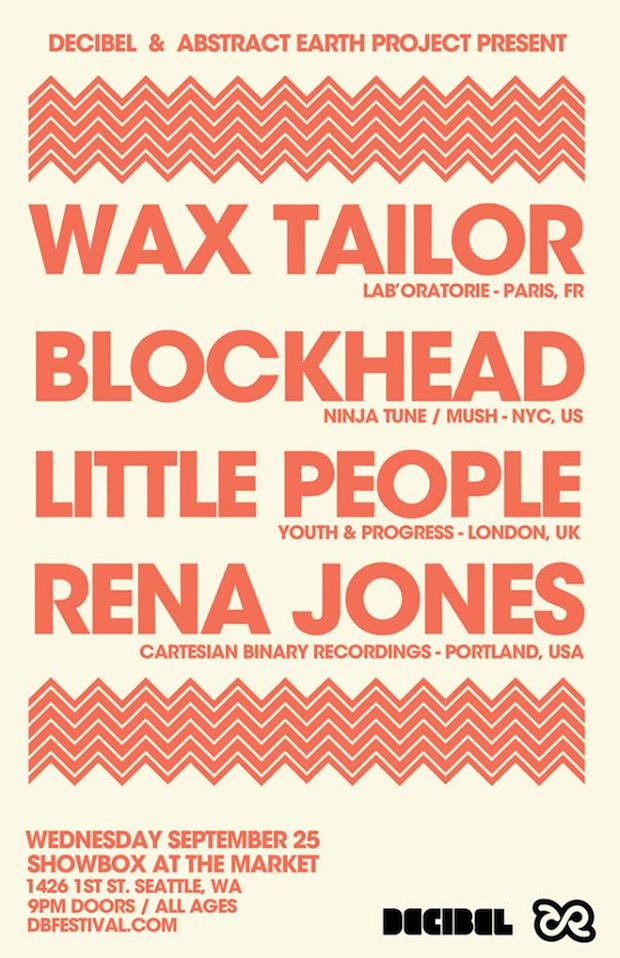 [LiS] For those who are unsure of who you are, briefly explain yourself and what you “do.”

[Wax Tailor] I’m a DJ, composer, producer, and manager, but if I had to keep one stamp I would say music director. I began in music in the early 90’s with a rap band as an MC/producer. Then I developed a few projects during the 90’s from trip hop to breakbeat, and I began to work on my Wax Tailor project ten years ago, trying to incorporate cinematic melodies into hip-hop, including a form of story telling. My 4th album Dusty Rainbow From The Dark was released last fall. I’m also touring a lot; I’ve done about 500 shows in more than 50 countries.

Where would you like to play the most? Where was your favorite experience so far?

Hard question, so many places I’d like to rock the stage, but if I answer quickly with 1st place that comes to mind is Bosra Antic Theatre in Syria. It’s beautiful but particularly because I was supposed to play in Syria in 2011 just when Arab spring spread there. Now I’d love to see those people free and bring the music back. My favourite experience for now is the one I had in 2010 with a Symphonic orchestra. Having 35 musicians on stage is really an insane feeling.

How is trip hop and its culture different in France and the United States?

I’m not sure what is supposed to be trip hop. A lot of people put that stamp on my music. It’s not a problem for me, but I’m not so sure it really fits; I prefer talking about “Orchestral Hip-Hop.” I don’t think there’s such a big difference between the US and France – it’s more about bands who are more known overseas except that now there’s a strong worldwide indie scene and audience.

What artist has captivated you recently?

This year I would say Woodkid and Adrian Younge. I’m also always curious about Daptones and Stones Throw releases.

With the influx of technology in the last few years, do you see a change in the quality of music that has been coming out recently?

Yes, for the good and the bad. If I consider home production 15 years ago, no doubt it’s more than a gap; it’s a century. We all have so many options and tools that it changes the standard. But at the same time, sometimes I feel like it’s really uniform, and technology can kill creativity. For my last album, I’ve made the choice to clear the plate and to go back to the basics with my old sampler and vinyl material. Especially in 2012/2013 I’ve had the feeling of a time period stamp, that we’ll look back in 10 or 20 years thinking “that really sounded 2012!!” 😉

What does your touring rig/gear consist of?

On stage I play with 2 turntables and 1 mixer, Rane 62. I use both Serato and Ableton and have two extra control pads for all audio and video. I’m accompanied by Charlotte Savary (female singer) and Mattic (MC), and for the full band version I have four musicians with me (cello, violon-bass, flute, guitar).

What fuels you creatively?

Having been able to travel around the world, where was your favorite cuisine and where could you see yourself settling down in the future?

No arrogance concerning this, but I have got to confess that after visiting 50 countries, French food is still my preferred one 😉 I’m also a huge Italian food fan and my 3rd preferred is clearly Thaï food. But the place where I could and maybe will live one day is definitely New York. There’s something special about New York that makes me feel home.

Catch Wax Tailor & The Dusty Rainbow Experience in a city near you this September and check the links below for more info: 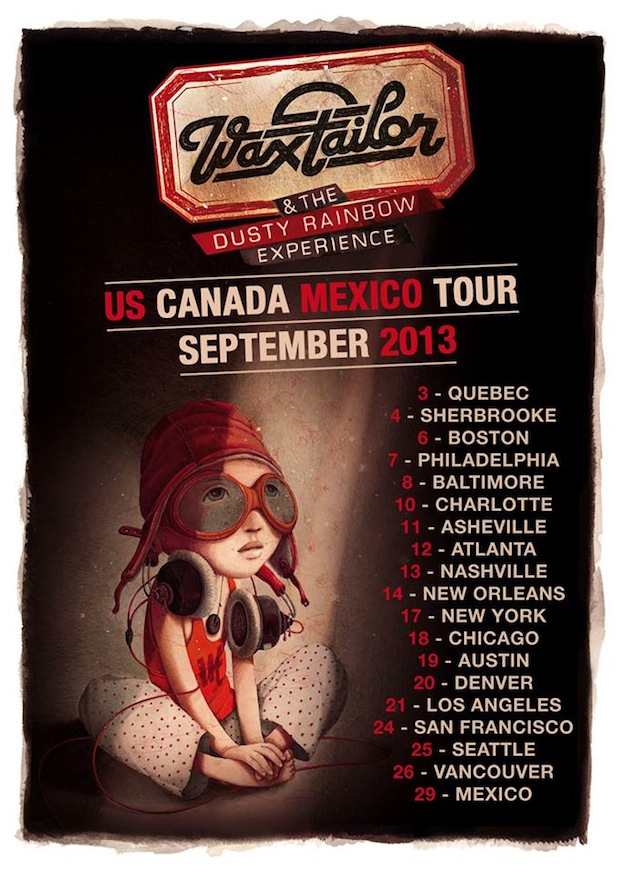