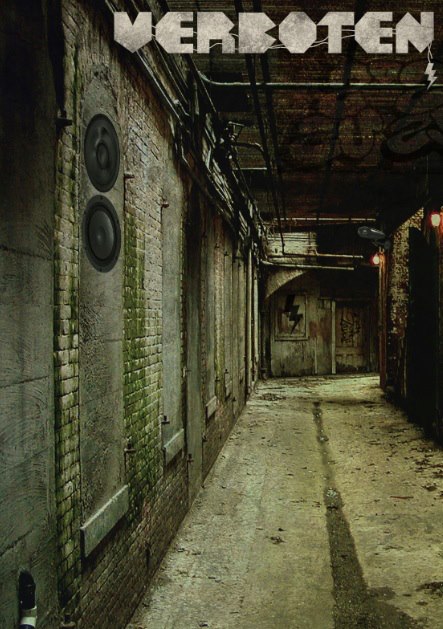 This Saturday’s get down is cooking up to be one of our “Top Ten Events of the Year,” and it’s only February. Now listen; our infatuation with Dirtybird Records is not to be mistaken, but first we must address Verboten‘s ability to throw flawless, first-class parties time and time again. They have a stranglehold on New York’s underground deep/tech house scene, and boy is it well deserved. For the past few years, they’ve intentionally flown under the radar; nearly every event was one you didn’t want to leave, but once you did, you couldn’t stop talking about it – the artists, venue, lights, crowd, so on and so forth. Social media makes it virtually impossible to stay underground, yet despite their increasing exposure and bountiful success, Verboten continues to keep it real by holding a high standard of quality when producing shows. Lets put it this way, you will never leave a show complaining about overcrowding or sound quality, and we promise you will never say: “Did you see all those 16 year old spunions?!” We know, it’s quite a relief not having to worry about these things, which have become an unfortunate reality in the electronic music scene. But keep smiling ya’ll. Top notch, sexy, underground house music has taken back the throne in the New York, served on a platter a la Verboten.

Whenever the Dirtybird crew comes to town, all of us at Lost in Sound get an extra pep in our step. But when the head honcho Claude VonStroke makes an appearance, it’s time to break out the level 4 rage gear and the super saucy toe-drags. Let’s get straight to the point, the San Francisco based record label is on fire as of late. This isn’t just a group of super talented musicians, but extremely likable people that love to get down. From Justin Martin to Eats Everything and all that is in between, each member has their own musical style and swag that fit under the Dirtybird umbrella. It’s undeniable that a lot of their success is directly attributed to the big bird on campus, Claude VonStroke, a boss in the scene who can’t help but get better and better as a producer himself. Oh, for all you WMC’ers out there, the Dirtybird BBQ is an absolute must and sure to be the highlight of a wild weekend.

Tomorrow, one of Claude’s proudest accomplishments and favorite supporting acts, J. Phlip (Jessica Phillippe), will be sharing the stage with him at SRB Brooklyn. Growing up outside of Chicago’s house scene had a major impact on J. Phlip, but her other musical influences are what give her a diverse repertoire of beats. She is now splitting time between Berlin and the Bay Area, soaking up all that comes with being an up and coming DirtyBirdie. Don’t let her calm demeanor behind the decks fool you, J. Phlip’s got quite a few tricks up her sleeve. The second you get comfortable, she’ll throw a left hook of booty bass to knock you senseless.

These two heavy hitting dirtybirds deserve the proper set up and sound in order for this night to really take off, and Verboten has provided just that with a beefed up sound system at SRB Brooklyn. Even though it’s off the beaten path, we really like this venue, especially when utilized by Verboten. It coincides well with their underground character, being tucked away in the deepest, darkest corner of Brooklyn. We promise, this spot is worth the hike, especially for a Dirtybird extravaganza of this magnitude. So come on down tomorrow night, and don’t forgot to strap on that bird costume for half priced admission! Lost in Sound’s New York warriors will be on the dancefloor making that booty clap, beatin’ the bird, and getting all up in that rough stuff.