After a much anticipated show with NiT GriT in Boston, the trio Two Fresh came and sat down with LiS to catch up on their tour and what has been going on with them recently…

LIS: Hey guys, how are you doing?

2 Fresh: Hey, we are good; just taking some much needed down time for now.  We just finished doing the most hectic part of our tour.  These past two weeks have been crazy.  We’ve had non-stop shows pretty much for two weeks, and getting a break for a little bit is definitely needed.

LIS: Nice, breaks up the monotony and gives you some time to recharge.  When are you touring until, and where have you gone so far?

2 Fresh: Well we are touring until April.  Some  of the places we have gone are Maine, Syracuse, Burlington, Montreal, Toronto, Connecticut, Chicago, and Boston.

LIS: What were your favorite stops so far?

2 Fresh: The highlights? Definitely Chicago, Toronto, and I guess Boston.

LIS: Nice, nice. So when did you start making music?

2 Fresh: We started making music when we were 17, so it’s been 5 years now.  We are looking forward to the release of our new album Parallels.  It is a lot slower than Air Mail, but has a more progressive sound that is still firmly grounded in hip-hop.

LIS: Oh, cool I was going to ask you about what you had coming up, so it’s awesome to hear about this upcoming release.

2 Fresh: Yeah, we’re pumped on that.  Other than that we just want to keep playing shows up into the summer and than hit up the festival circuit.

LIS: What festivals are you playing? 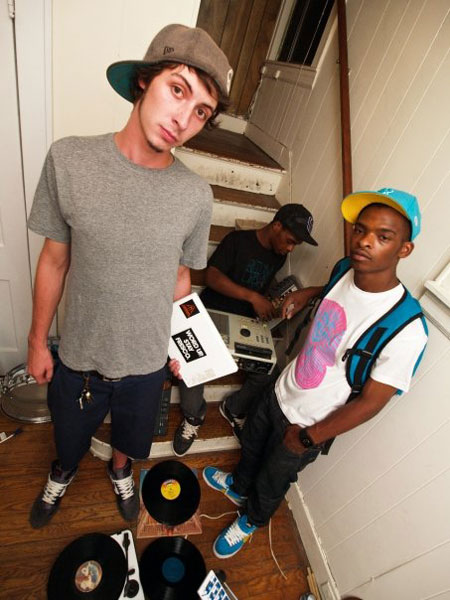 LIS: Totally understandable but I’m excited to say the least.

2 Fresh: Well we are trying to put something together that our fans will love, and also we are currently searching for new emcees.  We have one, our homie One Mic from Nashua Tennessee.  But we are trying to collaborate with as many gifted and like minded artists as possible right now.

LIS: Oh word!!! Yeah you guys spit a lil bit last night and it was tight, but having some different people throw down on your tracks would bring a fresh dynamic to your already unique sound, which I’m curious to know, how did it develop?

2 Fresh: Our main influence lies heavily in hip-hop, but the main influences would have to be A Tribe Called Quest, J Dilla, and DJ Premier. From an electronic aspect probably AraabMuzik and Lumis as of late, but honestly we try not to listen to that much electronic music.

2 Fresh: Well we might hear something cool and in our producing unknowingly refer to it and make a song but it could sound like someone else.  We want to sound like us.  So we listen to a lot of music but not really what people would think we probably vibe out to.

2 Fresh: Mainly rap Don Toro, Nurea, Big Crit, Aesop Rock.  We’ve been killing Aesop Rock on the tour bus right now though.  Oh, and Cindy Lauper she is so good and soothing to listen to.

LIS: I like it, gotta keep it diverse.  So what is next for 2 Fresh?

2 Fresh: Well the amount of people we know has grown so much since The Mothership Tour, so we are looking to play in tons of new places and collaborate with gifted artists.  Other than that we are looking to grow more as musicians and a group.

Horizon Wireless just dropped a bombshell of a release. Clocking in at just over a…