Now bringing the spotlight to yet another Californian bass music producer, G Jones, formerly known as     Grizzly J. What can be said about this man? Let his music speak for him. Whether it’s smooth and melodic or that new-age hyfieness, this young man has a handle on it. He has shared the stage with ill.Gates, The Widdler, Stagga, DJ Need of Birdy Nam Nam, ill-esha, Freq Nasty, Minnesota, Sugarpill, Figure, +verb, Bleep Bloop, Joney, Subp Yao, and many others. As well as playing this past Burning Man as a resident of Camp Question Mark, this man leaves many questions to be answered.

LiS: What is your newest release? Could tell us more about it, what is its premise, and some of the feelings involved?

G Jones: My most recent release was a 16 track EP on SATURATE!RECORDS, which is a really dope label based in Hamburg. It’s basically a collection of tunes that I produced in 2012, plus remixes from a bunch of my favorite producers. It definitely involves a big range of feelings…overall I would describe the sound as melodically driven and somewhat minimal bass music. It definitely takes heavy influence from hip-hop, dubstep and trap, but I wouldn’t call it a dubstep or hip-hop or trap EP.

LiS:  Could you describe the workflow/process you use to create a track?

G Jones: It’s definitely different every time I make a track. I almost always base my tracks on ideas I imagine and then try to create in Ableton. Sometimes I start with a drumbeat, other times I start with a chord progression or melodic idea…it really varies a lot from tune to tune. Generally, I will write a song in a day or two and get the whole structure/overall progression laid out, and then spend a few weeks fine tuning it…I usually get burnt out listening to a tune and can’t tell if I like it or not or what I want to change while I’m producing it, so I’ll let it sit for a week or two before I make final edits/decide if I want to finish it.

LiS: What gear do you use?

G Jones: Production- wise I pretty much just use Ableton Live. I use Operator as my primary synth and mostly Ableton effects. I pretty much don’t use any VST’s at all. I use Ozone to do self masters for playing out, but most of the music I release is mastered by someone else. My live setup right now is Ableton + a Trigger Finger, but the Trigger Finger I have is glitchy and unreliable so I’m planning on switching to an MPD soon.

LIS: Tell us a bit about the music scene in your area?

G Jones: Santa Cruz is a really mellow town with not all that much going on in terms of shows, although there are a few good weekly/monthly events and occasionally a good underground party out in the woods. There are a lot of people here who are into bass music though. I love living here, because it’s such a mellow community but it’s also close to the Bay Area so I play up there a lot, and there’s a lot of dope shows up there to check out. 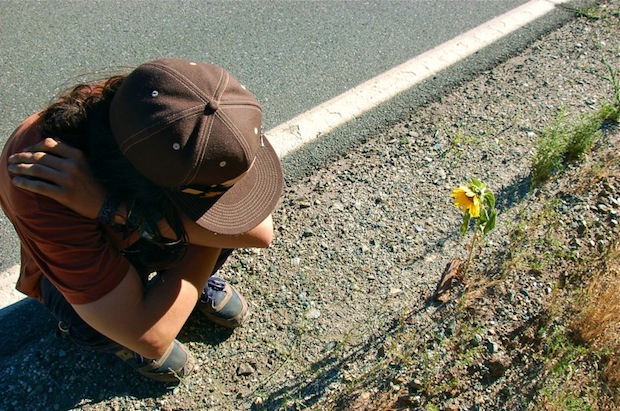 LiS: What got you into electronic music?

LiS: What have been your main influences?

G Jones: Being in California and going to lots of bass music festivals has been a big influence on me and the way I think about music. In terms of the music I listen to, I’m constantly inspired by a ton of producers’ work but I would say my biggest influences these days are EPROM, Doshy and Rustie. I am also constantly inspired/learning from all of the people I collaborate with – Minnesota, +verb, Grimblee, Mad Zach, Guttstar, Bleep Bloop, Trevor Kelly, Yheti, etc.

LiS: What is your view on the state of music industry and its relation to free music and piracy?

G Jones: I think it would be cool if I could support myself selling music, but I don’t really see that happening anytime soon. I definitely don’t demonize people for illegally downloading music because I used to do that all the time. I think it’s generally better to give music out for free, because people like getting music for free and it will reach more people than if you charge money for it. Ultimately, I just want to create dope music and share it with whoever wants to listen. If someone is going to illegally download my music or not listen to it at all, I’d definitely rather they just download the tunes and enjoy them. I definitely prefer doing free releases. I think the main reason to release music on a label these days is that it means the people who follow that label will be exposed to your music. Overall though, most people I know have made more money through doing ‘pay what you want’ releases than by doing releases through a label, since Beatport and the label usually take a big chunk of the money before the artist gets anything, so I think for a lot of reasons it’s just better to give music out for free and give people the option to support you, because people are stoked to give a few dollars to a musician they love and know needs it.

LiS: What are your other projects?

G Jones: I’ve been producing a lot of tunes with Minnesota recently so we’re coming up with an alias for our collaboration…not sure what that’s going to be yet.

LiS: Are you planning on doing  a tour? If so, what are some dates and locations?

G Jones: Yeah, I’m doing a little SoCal tour in January, playing at Low End Theory in LA on the 9th and Bass Tribe in San Diego on the 10th. Also doing a mini tour of the Pacific Northwest later in January, playing in Portland, Oregon on the 25th and Seattle on the 26th. Besides that I’m playing a ton of shows around the Bay Area/Northern California, including Brainstorm in Sebastopol, a few shows in San Francisco and Oakland and some things closer to Santa Cruz. You can find a full list of my upcoming gigs on my SoundCloud Page.

LiS: What label are you on?

G Jones: I put out an EP on SATURATE!RECORDS in October and have a release coming out on MalLabel Music in January. I also have a release lined up on one of my favorite labels for some time in 2013 and am starting to work with a dope agency that represents some of my favorite producers, but those are under wraps for now 😉

LiS: What do you hope to accomplish musically within the next year?

G Jones: Really just to keep experimenting and moving in new directions…I’ve been really into cheesy R&B lately and feeling a lot of influence from skweee music and Rustie/S-Type kind of stuff, so I probably will write some more cheesy/melodically hype stuff but I also love trippy minimal tunes so definitely more of that too…it’s really hard to say. I guess I just want to spend as much time as possible making and performing music and see where it takes me. 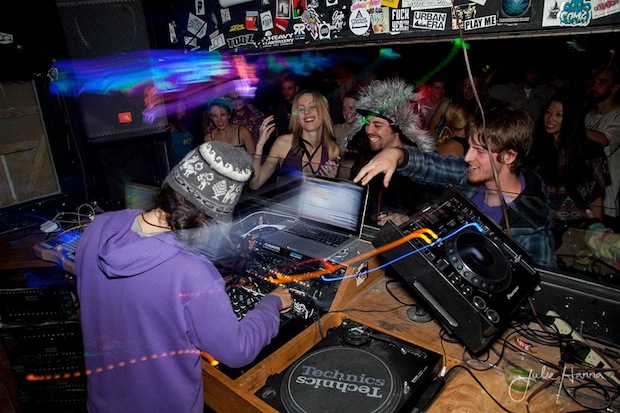 LiS: What helps you in staying fresh and not growing stagnant when it comes to producing?

G Jones: Constantly listening to new music and staying inspired is the main thing. Also pushing myself out of my comfort zone and randomly experimenting until I find cool sounds I want to use in my music is a big thing. Collaborating has also been really important to my creative process, because everyone approaches producing in a different way and I’ve learned a ton by getting in the studio with my friends.

Slackbaba is Brighton-based producer and DJ Jonathan Smith, who is quickly gaining notoriety in psychedelic…