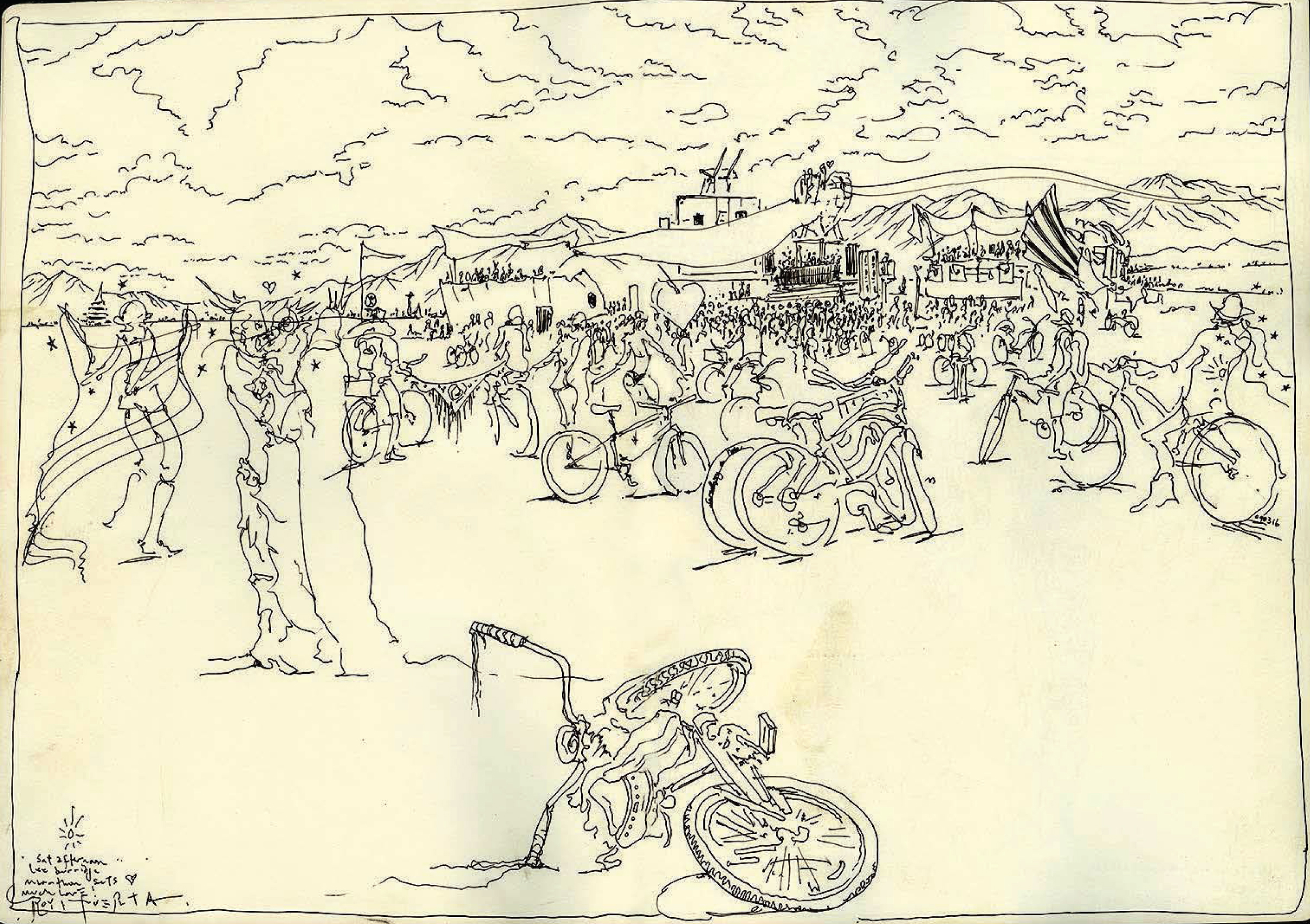 FUN FACT OF THE DAY:

While I’m standin’ in line for freaking everrrrrrrrrrrrrrrrrrrrrrrrr waiting to get chatty with God here – OMG what the fuck is taking so goddamn long – here’s what I’m gonna do. You ready for this? I’m givin’ you the hot ‘n’ juicey’s first. Only if you’re ready though. Oh my golly fucking goodness, I’m just dripping with ALL THESE JUICES! No protective body spandex or annnnnnything! Just dripping! Hold on Mr. Fluffy, gonna hose you down with all this juicy succulence. WHOA HERE WE GO. Turnin’ on the juice hose! Ohhhhh yeaaaah baby. You like that? Can you taste those super juicy hot juices? Can you?! CAN YOU?! 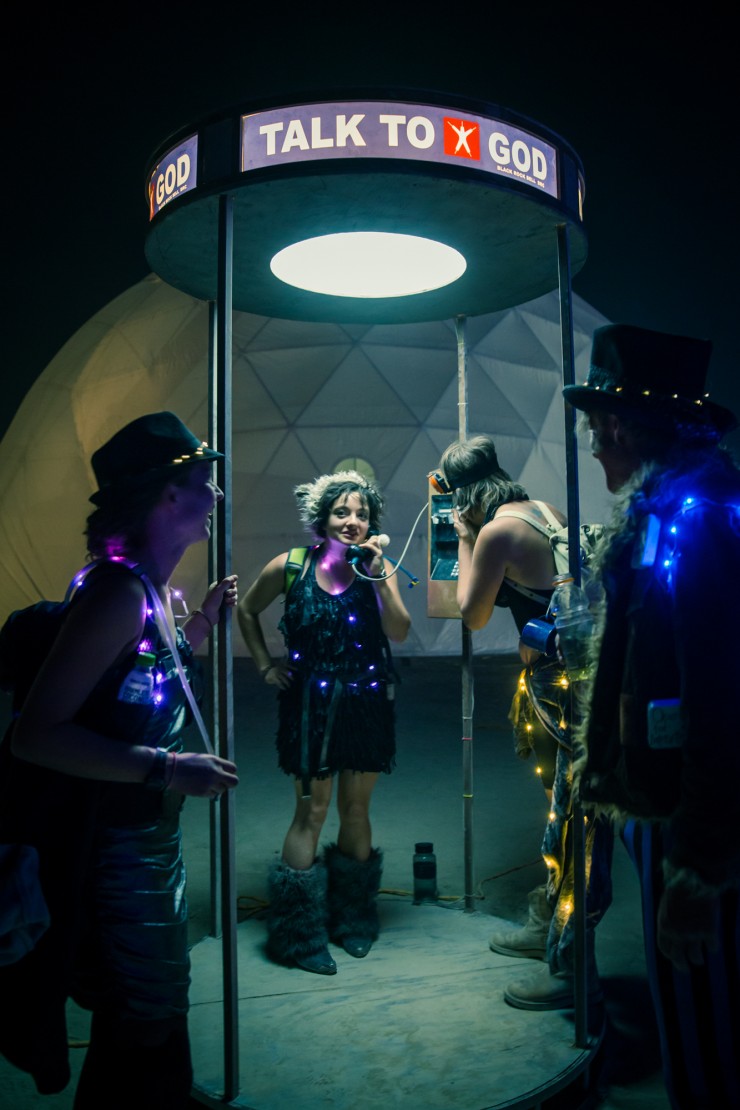 But yeeeeaaaaah, earlier toooooo-day, while sun-bathing out on the “playa” (pretty sure that’s Brazilian), I was flippin’ through a handy lil pamphlet the Wood Guy people gave me called “WHAT WHERE WHY.” After finding me a nice, lil spot out in the Kalahari, I’d decided to pie chart my en-tiiiiiiiiiiire week’s schedule on a giant dry-erase board this silly peckerwood “gifted” me. Then…then…all of a sudden – out of effing nowhere – this untamed desert floozy just appeared from a heaping whirl of dust (she might’ve been one of them endangered “My Little Sparkle Ponies” I keep hearing about). She came flailing up hot and sideways breathin’ smoke outta her fancy Sparkle ear holes. Oh my goodness, Mr. Fluffy, this banshee must’ve been three; maybe six sheets to the wind. No-no – Nine. 10 sheets! Oh boy – LOOK OUT! And I’m like, “Whooooaaaaa, easy there fella. Eaaaaasy now. Watch the magic markers!” Next thing I knew, she’d plopped her wild Sparkle rumpus right down, foaming at the mouth about how much of a big goddamn deal she was. “Well I’m a stem cell researcher in, in, in Silicon Valley. And, and I kn-know Z-Z-Zuckerberg and Ray Kurzweil p-personally. I was, was just at their camp actuuuuuuuuually. What, what d-d-do you think abou-about thaaaaaaat?” (It only took her a couple minutes to slur that one out.) And I’m sittin’ there like, “Who the fuck…Whoa, you mean the two fat guys from Vermont who make the ice cream? Ohhhhh wait – those guys? I FUCKING LOVE THAT SHIT!” And she’s like, “No! LIKE. WHAT. THE. HELL. DUUUUUUUDE. Don’t you, you know about S-S-Singuuuuuularity? Singularity Universityyyyyyyy????” And I said, “Can’t you see I’m trying to map out every freaking activity for the my whole filthy week here? HEY, which one sounds more fun sauce? ‘Furry Friday Manplay’ or ‘Moose Knuckle and Camel Toe Fashion Show?’ Wait a minute! Oooooo-oooooo-oooooooooooooooooooo – ‘Pantless Cereal Cartoon Corral!’ Oh my gosh! That’s the one! THAT’S THE ONE! I bet it’s gonna be FUCKING AWWWWWWEEEEEESOOOOOOOOOOOOOOOOOOOOME!!!!!!!!!”

I could tell she was gettin’ just a little pissy underneath all 358 of those filthy sheets. Me not having any cheap vodka to lubricate her madness was NOT helping the situation whatsoever. “Listen, I don’t c-care about any of that, that stupid shiiiiiiiiiit! I graduated from Singuuuuuuuuularity. OK! Peeeeople out here like, like youuuuu wouldn’t g-g-gettttttt it.” And I’m still goin’ thru the ole fun guide like, “WHOA! ‘Who will lick The Booger Ball?’ NO FUCKING WAY! Why am I just now finding out about this?!” WHY?! TELL ME WHY RIGHT NOW!!!” And she’s like, “Are, are you even li-listening to meeeeeeee?! Like, like I bet you didn’t even know how mankind is, is merging with machines in the yeeeeeeeear 2045! D-D-DID YOUUU?!” Right after she blurted that crazy talk out, my asshole might’ve just puckered up a smidge-a-roo or two. Ahhhh the plot had thickened. “Oooops…shit Shit SHIT!! I wasn’t supposed to say that!!!!” she exclaimed. Before I could even wrap my head around that steamy doozey, she went straight for what must’ve been one of the oldest diversion tricks in the ole Sparkle playbook. Without any freaking warning, she threw her legs full-blown wide open before my eyes, only to reveal – you guessed it…

Wait just a minute Mr. Fluffy! Think I got God on the line…

God: I SURE AM! Hey, wanna go to a pink foam naked disco party with me tomorrow night?

Well, I mean…YEAH! It’s just that…

No-no-no, that’s not it at all. You see God – wheeeeeeeeeeeeew – I’ve had one helluva day since I landed inside this giant pleasure factory.

God: Heavens no! Did your car break down? Did someone stick their finger in your asshole?

Um well, I mean…nooooooooooo…that’s kind of an odd…hmmmmmm…you see Mrs. God, how do I say this? Well, there’s this Ryobi fan I ordered over the phone from Home Depot. If you want to get all fancypants, it’s technically a “power tool”…

Soooo one of my silly-goose-ass friends who drove here was supposed to pick it up for me. You know, because there’s only so much crap you can cram into stupid airplane bags. She got the 2 batteries and charger, but no fan…

God: Hold on. She got both batteries and the charger, but forgot the actual fan?!

Yes! What the @#%* gonna happen to me? I’ve never vacationed in the Kalahari before! I’m so very delicate.

God: But you’re inside of Burning…

Just, just gimme a sec. Some weirdo wants something…HEY! CAN’T YOU SEE I’M TRYIN’ TO TALK TO FUCKING GOD HERE?! WHOA NOW! JUST WHAT DO-YA THINK YOU’RE…OH MY, YOU DID – YOU DID NOT JUST DO THAT!

YOU ARE A FILTHY, FILTHY LADY! GET OUTTA HERE ALREADY! SCRAM! GIT-GIT-GIT!…Oooooooookay Mrs. God, I’m finally back. Wooooooooooooo. So some filthy pirate woman just stuck her thumb right up my anus! And she didn’t even take me out for ice cream sandwiches first!

God: I’m not really sure what you’re…Listen, can you hold? I really feel like I need to change genders to continue talking with you.

You need to exchange checkers????

Alright, you know what Mr. Fluffy, I just…I just have absolutely no idea what’s going on here. I mean, first Mrs. God – who’s gotta pretty hot voice by the way, but could actually be a tranny – might’ve just got finger happy with my butt hole. Then she/he just up and leaves without even a proper effing goodbye. Like ugggghhh – what’s up with that? Geeeeeeeeeeeeeeeez Louise. I guess they just don’t make Gods like they used to. Black Rock City is gonna hear about this one! You know, just as soon as I find that comment box. Fuck this. I’m gettin’ super duper antsy. Think I’m gonna hang up on gender wacky God here. Besides, I really, really, really need to find a hardware store inside this freakshow metropolis. Ok, Mr. Fluffy, you ready? We’re gonna power walk this shit. You and me lil buddy. Annnnnnnnd we’re power walkin’…power walkin’…power walkingggggggggg. Yeeeeah, fucking amazing, isn’t it? We should really do this more often. Oh here we go, maybe this newspaper stand can point us the right way. What does it say? “Bureau”…hold on, the sand won’t stop fucking blowing in my eyes…”Bu-reau of MisInf-”…Awwww I can’t tell what that says! Damn it all to hell, Fluffy! Let’s see what this peckerwood has to say…

“Excuse me good sir, do you know where I can find a Ryobi fan just like the one you see here?” 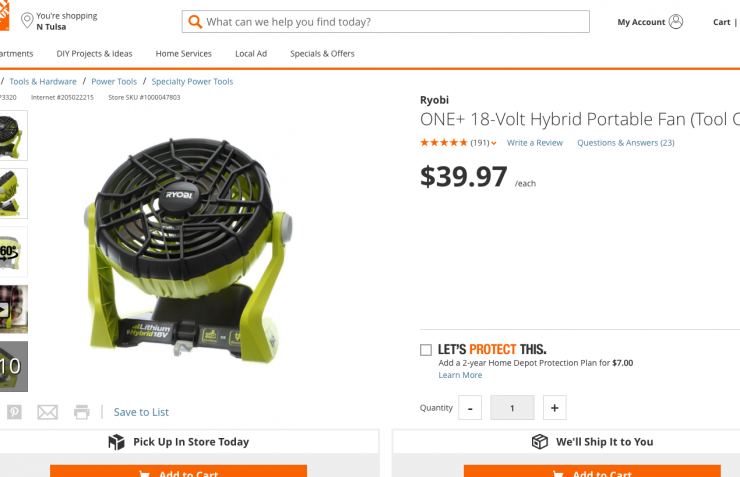 Bureau guy: Ohhhhh, I know just the place. Ok, so what you gotta do is give me your bike first.

Ok, here ya go. Wow that was eassssssyyyyy!

Bureau guy: Then walk down to Slut Garden and turn northwest at exactly a 48.5 degree angle. Here’s a protractor. 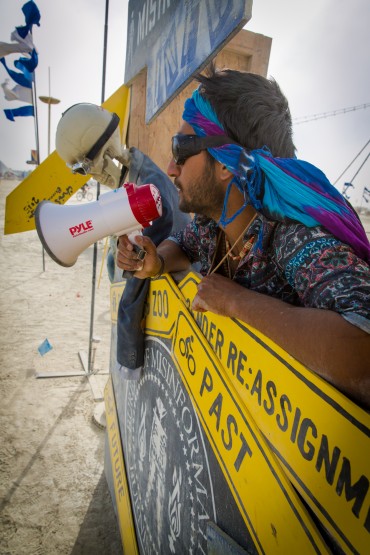 Gerlach has an airport?

Bureau guy: Yeah-yeah, they just finished it last night. Before I forget, go to the London zoo and steal a monkey named “Chim-chim.” Buy him two seats in first class.

Bureau guy: Extremely. Once you’ve done so, perform a series of interpretative cartwheels and karate chops allllllll the way out to the Temple. Here’s a blindfold.

Bureau guy: Then, once you arrive at the Temple, go to the wall on the 12 o’clock side. Turn left and there’s a little enclave.

Bureau guy: And within that enclave is…is…hold on, come closer, come closer so nobody else hear this…

Oooooooooo this is gonna be fun. Secrets are the best!

Bureau guy: So within that enclave there is a small Swedish dog and its name is…oh shit, what’s its name again?…Oh yeah – SLAPPY!

Bureau guy: Yeah-yeah. Slappy is very docile. Quite old, but really soft. He’s very, very magical though. And this dog….will tell you where to find this Ryobi fan you yearn for. 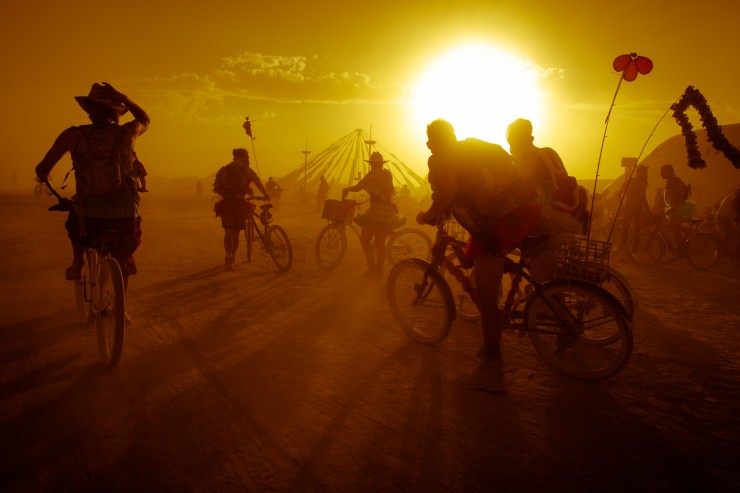 Lost in Sound Publishing Note: Join us next week for Part 2 of “The Blissful Idiot” project, as his madcap journey takes him to the nexus of Burning Man – the Temple.

Special Thanks to Roy Huerta and Lovemore Creations